Shab-e-barat – should you perform extra worship on 15th Sha’ban? 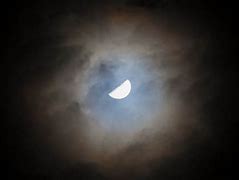 Is 15th Sha’ban, which is known as Shab-e-barat in South Asia important?

The Prophet (peace be on him) said that Allah grants forgiveness during the night in the middle of Sha’ban.

Abu Musa al-Ash‘ari reported God’s Messenger (peace be on him) as saying:

“God most high looks down on the middle night of Sha’ban and forgives all His creatures, except a polytheist or one who is hostile.” (ibn Majah)

What should one do?

There is no specific worship that one has to do on this night. It is a blessed night, therefore one can do qiyam (night prayers), recite the Quran, do dhikr and make du’a – whatever is in line and approved by the sunnah. This worship should be ‘normal’ ibadah, not containing innovative additions.

There are two different opinions on whether it is permissible to do ibadah in congregation on this night.

Fasting on the three days in the middle of every lunar month (al ayam al beed) is an established sunnah. The Prophet (peace be on him) said:

“The Messenger of Allah (peace be upon him) did not fail to fast the white days either when at home or on a journey.” (Nasa’i)

In a famous hadith, the Prophet (peace be upon him) was asked by Usama bin Zayd (may Allah be pleased with him):

‘O Messenger of Allah, I do not see you fasting any month as much as in Sha’ban?’

The virtues of Sha’ban

When asked why he fasted so much in Sha’ban, the Prophet (peace be upon him) replied:

‘That is a month to which people do not pay much attention, between Rajab and Ramadan. It is a month in which the deeds are taken up to the Lord of the worlds, and I like that my deeds be taken up when I am fasting.’ (An-Nasaai)

Numerous narrations show that our deeds are presented to Allah on a regular basis, and that we should not just increase our ibadah, but work on our character, so that our hearts are pure, as the Prophet (peace be on him) repeatedly emphasised, Allah does not pardon the one who holds grudges.

Abu Hurayrah (may Allah be pleased with him) narrated that the Messenger of Allah (peace be on him) said:

“People’s deeds are presented before Allah on Mondays and Thursdays, and then every slave (of Allah) is granted forgiveness (of minor sins) if he does not associate anything with Allah in worship. But the person in whose heart there is rancour against his brother, will not be pardoned. With regard to them, it is said twice: ‘Hold these two until they are reconciled’.” (Muslim)

May Allah make us from those who attain His love and forgiveness. Ameen.