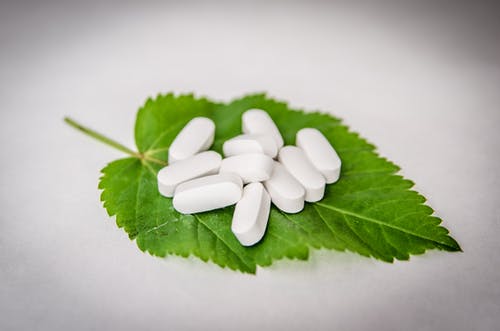 …even when it does not appeal to us

When what is good for us is bitter

Allah the Almighty created us, and He wrote our destiny before He created us in a book which will never change.

Yet He gave us choices. Without doubt, after He sent the messengers and the prophets to clarify the guidance He sent from the falsehood, we were left with the choice of what to follow.

Often we have to make the choice between what is right and what we ourselves prefer. And we  choose what we like over what is right. However, ultimately we are accountable for our actions and our deeds before Allah Almighty on the Day of Judgement.

Allah Almighty mentioned a very beautiful verse in the Quran:

Allah Almighty is the one who knows the deeper reality. And we do not. Despite all the knowledge we have, we are ignorant. Our knowledge is but a drop in the ocean. Allah Almighty says:

We have many obstacles and tests and tribulations and as we can see how unfortunately in today’s world these atrocities are, all around us. Throughout the Middle East, from Tunisia to Egypt to Yemen to Arabia to Syria without forgetting Iraq and many others.

The Lesson from the Treaty of Hudabiyyah

As they had entered ihram they were not permitted to remove it unless their umrah or hajj was done. But as they were barred from performing the umrah that year they had to go and shave their heads and slaughter the animals. But when he commanded them to do just that, they refused to listen and when he commanded them again and they still didn’t listen. He was so angry at the companions, he went to his wife and she saw his face full of anger and she asked him what was wrong. He said, ‘How can the people succeed if they disobey the Messenger of Allah?’ She replied,  ‘Calm down, tell me the story.’ He said, ‘I commanded them and they didn’t listen to me’ and she said, ‘They are angry, you go and do your shaving and slaughter the animals and they will follow.’ Accordingly he went and shaved and the companions woke up and they followed his command.

They hated the treaty because it disadvantaged the companions in their opinion, but guess what, the treaty of al Hudaybiyyah was the best treaty they could have signed. It ultimately led to the best result – the conquest of Makkah. It was in illustration of the ayah:

Even though they hated it, and they couldn’t see beyond their anger, not even the command of the Prophet (peace be on him) himself. The big difference between their vision and his vision is that the Prophet (peace be on him) put his trust in Allah Almighty fully. He had complete tawakkul  and put his reliance on Him, knowing that Allah Almighty would never let him down.

Similarly, I would say we are in a similar situation as an ummah today. We hate to see our blood being shed everywhere, but, with all the hatred in our hearts for this, it might be good for the ummah, and lead to the revival of the ummah again. Allah Almighty is the one who will give victory and who will give support, it is not the muscles and the brains of people that can achieve any success. Although we need to utilise them, we do not rely on them. The Prophet (peace be on him) said:

Trust Allah and work towards goodness

Allah Almighty will bring something out of this situation which is beyond our expectation. Goodness will undoubtedly come from Him, and light will come from darkness. So though we may hate something it must be good for us and we might love something which is bad for us.

Let’s trust Allah Almighty and trust the Prophet (peace be on him) who said that a group of people from his ummah will be upholding the truth till the Day of Judgement.

Allah Almighty will bring goodness from all the tribulations and atrocities around us. They are a wake-up call for the whole ummah to unite as one body, which has been broken into pieces and scattered in the last century. It is coming back now with some stitches here and some stitches there, and it will take some time for it to function again as one healthy body insha’Allah. I am  optimistic from all these atrocities Allah Almighty will bring forth goodness.

We have our expectations for Allah Almighty, but we need to pool efforts together, and our supplications to support the ummah, and the oppressed people in the ummah. Not just the Muslims but all people who are oppressed. We are against the oppressors starting from our home, our community and our city.

Allah Almighty is the controller of everything. There is no regime that has full control like Allah Almighty has over everything. In the blink of an eye things can change, dignity can return to the Muslim World. It may sound like a joke, or a dream but for Allah Almighty it is easy. We need to trust Him, and do our bit.

Khutbah by Shaykh Haytham Tamim in 2013.

Why we can’t stay silent

Defending the weak and helpless

When scholars and Leaders fail

When dhulm comes back to bite

The need for solidarity in the face of adversity

Justice the core of Islam

How to glue a fracture ummah back together