The Need for Solidarity in the Face of Adversity 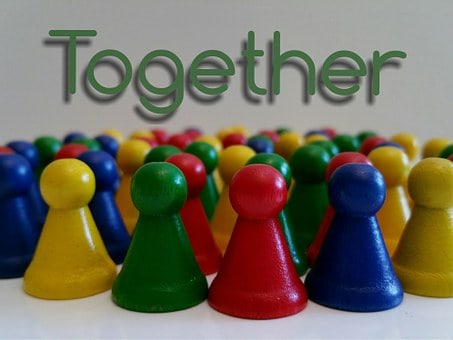 Standing Together Against Oppression

On the authority of Abu Najeeh al-Irbaad ibn Saariyah (may Allah be pleased with him) who said: The Messenger (peace be on him) delivered an admonition that made our hearts fearful and our eyes tearful. We said, ‘O Messenger of Allah, it is as if it were a farewell admonition, so advise us.’ He said, ‘I advise you to have taqwa of Allah and to listen and obey even if a slave is a leader over you. Certainly, the one who will live among you will see lots of differences. So stick to my sunnah and the sunnah of the right-principled and rightly-guided successors. Bite onto that with your back teeth. And avoid newly-introduced matters. Verily, ever heresy is a going astray.’ (Abu Dawood and Tirmidhi)

When he narrated this hadith, Abu Najeeh al Irbaad ibn Saariyah (may Allah be pleased with him) was tearful. Though he is not a well-known companion, most people have not heard of him and there are barely 30 hadith in the whole sunnah which have been narrated by him, his characteristic tearfulness is worth examining.

The Companion who Cried

If you read his biography, you find that his eyes were almost always full of tears out of fear of Allah Almighty, which indicate that he had a soft heart. During his life, he migrated to Syria, and passed away in Homs. This hadith, which is included in the collection of Imam Nawawi’s Forty Hadith, falls into two parts: the very first part where the Prophet (peace be upon him) delivered a maw’idha (a reminder) and the second which was naseeha (advice).

Reminder (mawi’dha) of the Temporary Nature of Life

The Prophet’s (peace be on him) reminder was to expose the reality of the dunya and to focus on the akhirah, to use the dunya as a bridge to the akhirah, rather than an end in itself. He wanted us to attach our self, our heart, and our actions to what pleases Him.

There was a special profession in the old days which was teaching students how to soften their hearts, called al wa’adh, and there were many books about it. Imam al Ghazali, the famous 5th century scholar was both a scholar and a wa’adh, while his brother was not a scholar but only a wa’adh. (They are not the same, as the scholar or ulama teaches the sciences such as fiqh rulings but the person of maw’idah is not necessarily a person of deep knowledge, but reminds students of the akhirah.) Their main message is:

This dunya is not worth clinging to. We should see and use the dunya as a bridge to the akhirah.

The Prophet (peace be on him) said, ‘Whoever lives after me, or lives long will see a big difference or a big controversy’. Those who have lived after him in every century, every era, have witnessed controversies and we have fitnah everywhere.

One of the biggest tests of our time is the destruction of Syria, people are killed day and night. The international community claims it is concerned about humanity and human rights yet has  only shown hypocrisy. Innocent people, women and children, civilians, hospitals, schools have been bombarded with napalm, and chemical weapons day and night. No one cares. Neither the international community, nor the Muslim world. The Arab world are engaged in their own internal fights; they have created enemies within themselves, wasted their efforts, their money, on fighting one another.

Not Letting Your Brother Down

In the hadith the Prophet (peace be upon him) says:

the Muslim is the brother of the Muslim, he will never let him down.

Tragically, we have done the opposite ya Rasool Allah we have let our brothers down. He never handed them over to their enemies, but we have.

He taught us never to insult our brother but we have. Ya Rasool Allah, we have insulted one another. We have preferred our enemies over our brothers and sisters.

A brother does not betray his brother, but we have betrayed one another, ya Rasool Allah. And so we are witnessing the dispute that would be seen by those who lived long after the Prophet (peace be on him).

Cling to the Sunnah

How do we move forward when we are betraying each other and witnessing fitnah after fitnah? The answer is in the hadith:

Cling to my sunnah, hold fast to my sunnah and the rightly guided khalifs after me, cling to it

What is the sunnah? the sunnah is that we should support one another, we should not let down our brothers and sisters. In the Qur’an, Allah Almighty says:

And hold firmly to the rope of Allah all together and do not become divided. And remember the favour of Allah upon you – when you were enemies and He brought your hearts together and you became, by His favuor, brothers. And you were on the edge of a pit of the Fire, and He saved you from it. Thus does Allah make clear to you His verses that you may be guided. (3:103)

And in the other hadith the Prophet (peace be upon him) said:

‘If you are not going to stop the oppressor from his oppression, soon you will receive a punishment for all of you, those who are involved and those who are not involved, they will be punished’.

In another narration, Allah Almighty sent the angels to punish one of the cities so Jibril asked:

‘O Allah Almighty, amongst them is this very pious man, are we going punish him?’

Zaynab (may Allah be pleased with her) posed a similar question to the Prophet (peace be upon him):

Are we going to be punished that amongst are the righteous people?

And the Prophet (peace be upon him) replied:

Unfortunately evil has a loud mouth and plenty of followers. Unless the people of the truth come together, unite and raise their voices there will be no change. Cling to my sunnah means to bring the hearts, minds and the bodies of people together. Starting from our mosques and sacred places. We might differ on many occasions, but we have to stand in a row.

While we continue to be bogged down by minor issues…should we move our finger in the tashahud or not? Touch our toes with our neighbours in salah or not? Bicker about the right length of the beard, or the length of the trousers…we are not concerned about the major issues.

Our enemies are attacking us, our brothers and sisters are being killed continuously in Syria, Yemen, and Myanmar, and the list goes on. We have lost count. Why is it happening to us? It’s a clear punishment. The Prophet (peace be upon him) said:

Verily, if the people see an oppressor and they do not seize his hand, then Allah will soon send punishment upon all of them. (Ahmad)

How Can We Defend Our Brothers?

Our brothers desperately need finances, medical supplies, food, shelters, clothing, you name it. Do as much as you can, so that at least you will be able to put your case to Allah Almighty that you did your best. At least we can say we did more than just listen to the news!

Massacres upon massacres are taking place. The bitter tragedy is that the 5 countries dominating world politics, using their veto, and supporting injustice are in reality the axis of evil, not the countries George Bush named.

Even the Council of Muslim Countries which was set up around 40 years ago to be equivalent to the international gathering of the world has been completely ineffective, because they are puppets in the hands of the west, unable to act independently.

Throughout history, Muslims have been inspired by the ayah in surah al Imran in the face of calamity:

Those to whom hypocrites said, ‘Indeed, the people have gathered against you, so fear them.’ But it [merely] increased them in faith, and they said, ‘Sufficient for us is Allah, and [He is] the best Disposer of affairs’ So they returned with favour from Allah and bounty, no harm having touched them. And they pursued the pleasure of Allah, and Allah is the possessor of great bounty. (3:173-174)