How to Glue a Fractured Ummah Back Together 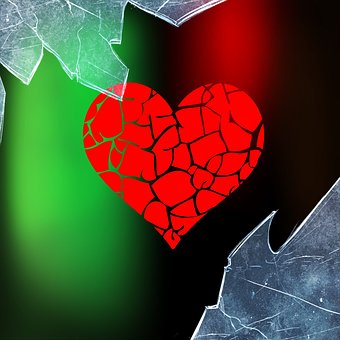 Gluing the Ummah Back Together

Allah the Almighty mentions in Surah Al Imran one of the fundamental verses in the Qur’an concerning the unity of the ummah:

And hold firmly to the rope of Allah all together and do not become divided. And remember the favour of Allah upon you – when you were enemies and He brought your hearts together and you became, by His favour, brothers. And you were on the edge of a pit of the Fire, and He saved you from it. Thus does Allah make clear to you His verses that you may be guided. (3:103)

We have commented on this ayah so many times and on the importance of unity in the ummah. But what concerns me today is the situation of the ummah in today’s world. Let alone our enemies. Let’s talk about our house. Our people. The Muslim community. The Muslim ummah.

The Prophet (peace be on him) was sent to a disunited, fragmented people, who were following their whims and desires. And it is no different today. We have a fragmented society following its whims and desires. So, in the previous ayah we see that Allah the Almighty is addressing two main issues- coming together and uniting hearts.

‘Hold fast all of you together to the rope of Allah the Almighty.’

The first one, is about coming together, and in order to do this we need a shared vision. An aim. As a Muslim ummah, do we have a common aim? Are we all heading in the same direction? You might say ‘yes’. But if you ask one group they would say one thing and if you ask another they would say something else. And then if you were to do a survey in one mosque you will find a whole variety of different aims. And this variation in our aims will never unite the ummah. The Prophet (peace be on him) united the ummah because they had one target. One aim. They came together to achieve it.

A Strategic Plan or Unity of Hearts?

The second thing in the ayah is addressing a very important issue. How did all these disparate people come together? It’s not enough to have a plan. We talk about the importance of a plan and management and I’m fine with that, but this isn’t the most important thing in uniting the ummah. The main ingredient as Allah the Almighty has stated is to join your hearts. For this you need a charismatic leader. A leader with a vision. A leader people can trust, and that people love. Not a leader with an iron fist, but one who moves people’s hearts. This is most important part of the ayah. When you talk about unity, it cannot be achieved if our hearts aren’t reconciled. If we are name-calling and branding another group as kafir within the Muslim community, our hearts are full of hatred and accusations. How can we be united? We can’t be.

The Difference between Leadership and Management

When the ayah was revealed addressing the unity of the ummah we cannot dismiss the importance of the heart. In modern times when we talk about the qualities of a leader, we have confused leadership and management. They are different. Although they are linked, they are not the same. We have debate over whether a leader is born or created. It is an ongoing debate. But one thing is agreed. You can learn some qualities as a leader, but there are some qualities that come in-built in your system – skills and attributes you are born with. Like being a loving person who cares about others and who connects with them. Being a person of compassion or mercy. You can’t learn these; you’re born with them.

After the Battle of Hunain, the Prophet (peace be on him) distributed more loot to the new converts from Makkah than the Ansar, to help them attach their hearts to their new faith, but this caused resentment among some of the Ansar who felt they had been hard done by.

The Prophet (peace be on him) then reminded the Ansar:

Thus reconciliation between their hearts was because of him, his understanding of his people’s mentality and the way he guided them.

Going back to the aim. What is the aim in the Qur’an? Building a strong community based on  trust and to establish justice. The Prophet (peace be on him) was able to achieve this and that is how he reached the hearts of his people.

How Can We Effect Change?

We can speed this process of unity among ourselves by focusing on our hearts. Do we hate or love each other?  Do we understand each other? Are we in disagreement? There is nothing wrong with having different opinions but if it starts to divide the community it is unacceptable. If it causes the ummah to break down it is not acceptable.

This ayah touches upon these two main issues.  They aren’t the only issues, but they are critical to grasp. Reconciliation between the hearts is about love and the Prophet (peace be on him) addressed this on many occasions. He used to check the lines in salah and tell the believers:

‘Do not dispute with each other otherwise your hearts will be in a state of dispute.’

If you collect the verses in the Qur’an and the hadith of the Prophet (peace be on him) on this topic there are plenty. We have so many occasions in Islam where we congregate as this helps build and establish a community. Even in our salah we recite Surah Fatihah which reminds us to have a community mentality. We say, ‘Guide us.’ Not me. ‘You alone we worship.’ Not me. Allah the Almighty wants us to apply the surah so that we can be a community. At the end of salah what do we say? We give our salams to each other. However, we are merely reciting this with our lips, without it sinking into our hearts and minds and applying it to our actions.

Our beloved Prophet (peace be on him) brought our hearts together. He was concerned about our hearts not just the economy. What can we do with our economy if our heats are full of hatred and negativity? We need to address this issue. What purifies the heart? We need to establish a community. An Islamic state should be a means to establishing justice. We need to focus on our hearts and our leaders.