Justice – the Core of Islam 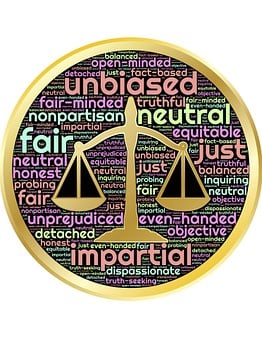 The Importance of Justice in Islam

Indeed, Allah orders justice and good conduct and giving to relatives and forbids immorality and bad conduct and oppression. He admonishes you that perhaps you will be reminded. (16:90)

This comprehensive ayah recited at the end of every Friday Khutbah contains the foremost principle of justice in Islam. Al Adal, the concept of justice is so fundamental it is also one of Allah’s names is ‘al Adal’, the All-Just.

It is the main principle not only of Islam but is a universal principle, which came down with all prophets and messengers to spread fairness amongst people.  Allah Almighty says:

O My servants! I have forbidden dhulm (oppression) for Myself, and I have made it forbidden amongst you, so do not oppress one another. (Nawawi)

Achieving Justice for Everyone (Not just a select few)

Oppression and injustice are forbidden in Islam against anyone. Regardless of where you are, regardless of whom you are dealing with, there is no difference in justice between Arab and non-Arab, between black and white, between yellow and red, no difference whatsoever.

Allah Almighty in many Quranic verses instructs us to be just even towards our own enemy:

O you who believe! Stand out firmly for Allah and be just witnesses and let not the enmity and hatred of others make you avoid justice. Be just: that is nearer to piety, and fear Allah. Verily, Allah is Well­-Acquainted with what you do. (5:8)

We are being directed towards:

Justice is close to righteousness. Though we should not discriminate between people, unfortunately, when we look at the world around us, we see a tendency to do the opposite.  And this is why Allah Almighty is repeatedly commanding us to be just, because committing oppression is our default setting as humans. Injustice is widespread as we tend to oppress one another and treat each other unfairly. Hence the messengers all emphasised the necessity of fairness through revelation.

Be careful not to be controlled by this tendency, or by your own interests and consequently deliver injustice or oppression.

We see injustice everywhere. Look at Palestine, Syria, Iraq, Yemen, Libya, Myanmar, Pakistan, India, you name it…  Even in the UK, Europe and America. Of course, we have different levels of oppression and injustice – some blatant, others concealed beneath suits and ties, but underneath, injustice is injustice.  Whether it’s dressed up or whether you kept it naked, it is ugly.

Be Just to All People at All Times

Our duty is to live by our main principles so we have to deal justly towards our own selves, our families, our communities, our own schools, our mosques, and cities.  It’s not something we just talk about, or read about, it’s something we have to live by.

The stern warning from Allah Almighty against ‘athaalimoon’ (the Oppressors), those that commit injustice cautions us about severe punishment in the akhirah for those that oppress, because Allah Almighty wants us to spread justice to our children and within our communities. Yet in this the 21st century, human rights seem to be selective rights. We have statements such as Trump talks about wiping North Korea off the map.  Imagine if a Pakistani or Muslim president said the same thing about another country, there would be plenty of uproar, press releases and condemnation. But because it is Trump, and he is the ‘master’ he can say anything.

Is this supremacy for a select bunch of humans, or human rights for all? Wolves are dressing up as sheep, and the sheep are being slaughtered for being wolves this is injustice. While fake news takes the side of the wolves. We have ethnic cleansing in Myanmar for instance, where half a million people are oppressed, as the government says they might be potential terrorists.

Ironically this is fertile land for terrorism to grow.  If you want to fight terrorism, you have to deliver justice.  You have to stand with those that are oppressed; you have to treat people with fairness.  However we have a deafening silence about it, compared to the vocal global condemnation after Charlie Hebdo attack, which was also wrong. But half a million in Myanmar do not seem to count. No one wants to know about them.

Despite all the madness, without doubt, thank God, we have sane people, in this world, both non-Muslims to Muslims across the board, Alhamdullilah.  But it is not enough, we need to raise our voice against oppression. We need to deliver justice and support justice.  When politics gets into anything it becomes poisoned. The Turkish scholar, Saeed al Noursi used to say ‘I seek refuge in Allah from shaytan and politics’, because politics can be another face of shaytan in many aspects.  It is wrong to support justice one day, and the next day be an oppressor. We have to live by our principles and die by them.

We should not disengage from politics, but be guided by sound principles. We do not dilute our principles to engage with it.  You live by your principles and die by them.

Allah Almighty commanded all people to stand up for what is right no matter what opposition we face. We need to be able to distinguish between oppression and justice. Don’t say it is not my business if there is a fire which is not affecting your own house. If you ignore it, it may well reach your own home. This is the difference between living by your principles or ignoring them.

When you see wrong, call it out as such and explain why it is wrong. It goes without saying that we make sincere du’a for our brothers and sisters everywhere, not just Muslims, but anyone who is oppressed.  Allah Almighty did not discriminate between Muslims and non-Muslims if they oppressed.

The Supplication of the Oppressed Person

The Prophet (peace be on him) told us:

Be wary of the supplication of the oppressed, it will be carried on the clouds, Allah will say: by My Might and Majesty I will respond to you even after a while. (Tabarani)

Beware of the supplication of the oppressed, for there is no barrier between it and Allah. (Bukhari)

The supplications of three persons are never turned away: a fasting person until he breaks his fast, a just ruler, and the supplication of the oppressed which is raised by Allah above the clouds, the gates of heaven are opened for it, and the Lord says: By my might, I will help you in due time. (Tirmidhi)

The Reward for Just Ruler

Amongst the seven categories whom Allah Almighty shades, when the sun is centimetres from people’s heads, the very top category is the Just ruler, he will be given shade on a day where there is no shade but from the throne of Allah Almighty.

There are seven whom Allah will shade with His shade on the day when there will be no shade except His: the just ruler; a young man who grows up worshipping his Lord; a man whose heart is attached to the mosque; two men who love one another for the sake of Allah and meet and part on that basis; a man who is called by a woman of rank and beauty and says ‘I fear Allah’; a man who gives in charity and conceals it to such an extent that his left hand does not know what his right hand gives; and a man who remembers Allah when he is alone, and his eyes fill up. (Bukhari, Muslim).

By allowing oppression we are planting the seeds of terrorism. I can assure you, this is not my opinion, but this is clear from history for all to see. The international community has to stand against injustice, otherwise they are contributing to another atrocity through another generation.  May Allah Almighty make us of those who are just and fair in our dealings.