Defending the Weak and Helpless 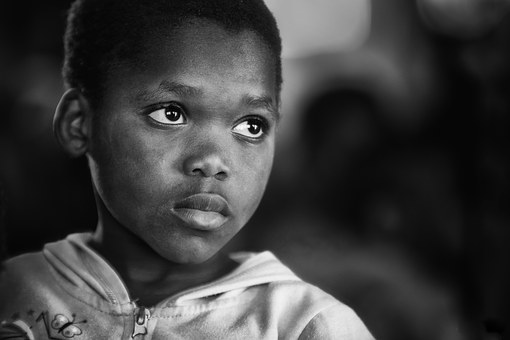 ‘Oh My servants I have prohibited oppression for myself and made it prohibited amongst you, so do not oppress one another’ (Bukhari)

There are countless verses in the Qur’an on oppression and around 97 verses alone on oppressors.

By contrast, there is a word which is mentioned three times in just one surah, which makes it very special, that word is al mustadafin ‘the helpless people’. It appears in Surat al Nisa.

The word mustada’af derives from da’f– as the majority of Arabic words derive from three original letters – al mustad’afin goes back to da’f, which means weakness.

Allah Almighty states in the Qur’an that man ‘has been created weak’ (4:28) or da’f because of his desires, his hawa (self-centred whims and ignorant wilfulness). So these are inner points of weakness within us as humans, it is not physical weakness but weakness in our heart and character.

Allah Almighty revealed His Message to the prophets from Adam to Muhammad (peace be on him) to keep within the limits of justice and deal with each other with justice.

The moment people lapse in this then they become part of oppression and face punishment for this in the hereafter as well as here. We might see them punished in this dunya.

The blame is only against the ones who wrong the people and tyrannise upon the earth without right. Those will have a painful punishment. (42:42)

The biggest sin (kabir), to associate a partner with Allah Almighty and is defined in the shariah as a dhulm

This could be appropriating someone’s money, injuring them, or insulting them. There are many different categories under this and there are plenty of verses mentioning the punishments for going beyond the limits and committing aggression against one another.

Al dhalimu linafsihi is where you are not harming anyone else but yourself.

Allah Almighty forbid us to oppress anyone. This destroys justice. He has ordained us to live by justice and deal in justice. Otherwise we have corruption. So our dealings with each other have to be absolutely fair. There is no room to deviate from this.

The punishment is waiting for those who oppress others. The Prophet (peace be on him) said:

Beware of the supplication of the oppressed. There is no veil between it and Allah. (Bukhari)

The du’a of an oppressed person is always answered even if that person is an unbeliever or a sinner.

To receive justice from others is the right of every person regardless of their religion.

In another hadith Allah Almighty has promised to respond to the supplication of those who are oppressed:

By My Might, and Majesty, I will respond even if it takes some time. (Tirmidhi)

So Allah Almighty will respond to those who are wronged.

Oppression is widespread, it is not just something we have read about in history or in hadith, we witness it all around us today.

In Palestine, in Myanmar, in China they are persecuted and live as prisoners in their own land. Why? Because they are Muslims.

This takes us back to the story In the Qur’an about those who were flung into the ditch – the ashaab al ukhdood, because of their faith and belief.

The graphics and images displayed on the news and media can be too much to watch. We have lost count of the atrocities.

Allah Almighty says in the hadith:

Oh My servants, I have forbidden oppression for myself and made it prohibited amongst you. So do not oppress one another. (Bukhari and Muslim)

We are not listening. We do not want to listen. So what will happen? We will create a new breed of hatred and terrorism. When you fight terrorism with terrorism it is not a solution. You have to fight terrorism with justice and fairness. I’m not saying be weak and let them take advantage. It is not a justification for massacre or ethnic cleansing because you claim there are some people who are terrorists.

Those who are Helpless

In surah Nisa, the only surah in the Qur’an which is named after an Nisa (women). The main topic of the surah is about dhulm. And when you read deeply into it you see three categories:

The whole surah is about those who are helpless.

Allah Almighty did not say, ‘Muhammad tell them about this ruling’, He Himself delivered the ruling, because it is a very important topic. They are very vulnerable.

Women have been abused throughout history till today. They are physically weaker than men. And as a result they have been taken advantage of. Allah Almighty says whoever does this is dhulm.

‘Support your brother whether he as an oppressor or oppressed.’ (Bukhari and Muslim)

We Cannot be Spectators

We have to understand whatever the situation we need to look after the helpless. We are responsible for delivering justice and fairness. We cannot be spectators. It is our duty toward our brothers and sister in Myanmar and other countries to support them as much as possible.

Of course du’a and supplications are helpful but we can do more than that. We can write to our MP, sign petitions and raise awareness regarding the oppression in Myanmar and towards the Rohingyas. The minimum we can do to support is financially. They are desperate.

Allah Almighty will support us as long as we support one another.

The Prophet (peace be on him) always supported those who were weak or oppressed in the community. He even dedicated a special share in zakat for this category. Amongst them were the fuqara’ and the masakeen. And he encouraged people to defend the health and welfare of the mustad’afin. Be it orphans or women in the community, which are the most vulnerable in the community.

These are the categories which require special focus. In any attack, we have to be watchful for fatalities or casualties amongst women and children. This focus exists because they are helpless. Allah Almighty Himself delivered the ruling to look after the helpless, because of the importance of the helpless amongst us.

We have respect for those who are strong and rich or in authority but usually the neglected area is amongst those who are vulnerable and helpless. This is why Allah Almighty brings this category back to the forefront. We have to support them and be with them.

We ask Allah Almighty to enable us to apply the Qur’an and Sunnah in our lives and support and defend the helpless as much as we can. Ameen

Khutbah delivered by Shaykh Haytham Tamim at UKAMCCC in 2018.

Justice – The Core of Islam