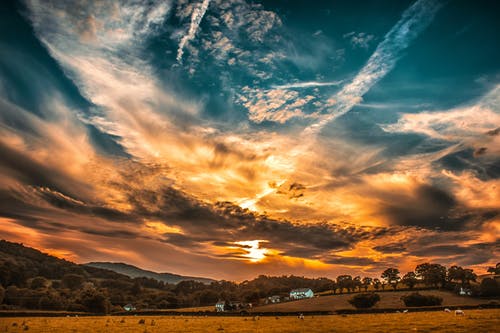 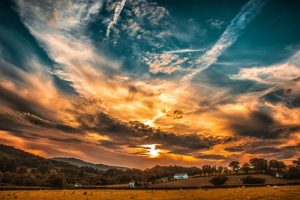 The Future is Unknown

We do not know what will happen tomorrow let alone the rest of our lives. Do not procrastinate or defer things to the future. Today you are fine but tomorrow you may not. Many people have good health today, and then out of the blue, they have cancer, or some kind of debilitating illness which renders them not even half the person they were. It could be in our health or mental well-being, it could be in our environment. 10 years ago, the people of Syria never thought they would end up in a refugee camp or seeking asylum in another country. Do what you need to now. You never know what will happen.

Even A High Status is Not Guaranteed

Everyone is familiar with the Israelite tradition of Barsisa, the most pious worshipper of his time from Bani Israil. He was entrusted with a young girl by two brothers to be her caretaker to provide food and housing whilst they went war. Through little steps, Shaitan advised him with ‘good’ suggestions, and overtime he overstepped the boundaries of Allah Almighty one after another… in his last moment, before being executed, he renounced his faith and died without faith.

No one knows when death will knock on our door, or whether we will have the opportunity to repent, for how many procrastinators died before they could make repentance? How many people spent their life engaged in sin and only then to end their life wretchedly, forfeiting their Hereafter and departing with little hope for success or salvation?

So having fear of what may happen to us will help us seek protection from Allah. The honourable Prophet of Allah, Yusuf (peace be on him) used supplicated at the end of his story in the Qur’an:

“O My Lord! You have given me the kingdom and taught me the meaning of dreams. You are the Creator of the heavens and the earth. You are my Protector in this world and in the Hereafter, make me die as a Muslim and admit me among the righteous” [Yusuf: 12: 102].

This was a Nab’bi (Prophet) of Allah, who sought protection from Allah Almighty from losing faith and to die as a Muslim.

So this fear will help in protecting us from going towards sin. Do not go out to commit sins, fear that it might be the last thing we do, and then we will have to meet Allah Almighty with this?

Fear what might happen in the rest of your life, do not relax.

The sins we have done, sometimes it is purified through small tribulations here and there. The Messenger of Allah Almighty (peace be on him) said:

“A believer does not undergo (the trouble) of running a thorn or more than that when Allah Almighty effaces his sins.” [Muslim]

At other times Allah Almighty purifies through an early punishment in Dunya rather than a punishment in the hereafter. Anas bin Malik narrated that:

‘O Allah, give us good in this world, and good in the Hereafter, and spare us the punishment of the Fire.” [Tirmidhi]

We should not seek Allah Almighty to purify us, it’s better to seek his forgiveness, pardon and mercy.

A man came into the Mosque of the Prophet (peace be on him) overcome by sadness lamenting over his sins. ‘O my sins, O my sins’. The Messenger of Allah Almighty (peace be on him) said, ‘stop saying this, shall I teach you some that is better.’ Say this:

“Our Lord, take us not to task if we forget, or make mistake. Our Lord; charge us not with a load such as Thou didst lay upon those before us. Our Lord, do Thou not burden us beyond what we have the strength to bear. And pardon us, and forgive us, and have mercy on us, You are our Protector. And help us against the unbelievers.” [Al-Baqarah: 2: 286]

Do not fall in to despair over your sins.

Let no wrong-action [dhanb] reach such proportions in your eyes that it cuts you off from having a good opinion of Allah, for, indeed, whoever knows his Lord considers his wrong-action as paltry next to His generosity. [Hikam 49]

Fear what destiny is hiding for you.

Fear what destiny is hiding for you. This is a mechanism for healthy fear, to be better and do better. It keeps us humble, it keeps us in a state of hope in Allah, it keeps us on the straight and narrow, and it remaining steadfast.

We have seen here that these fears are not blameworthy but rather praiseworthy. They are motivating us to be better, to have less burden in our heart and feel light.

People of high aspiration are like birds in a cage. They are people whose bodies dwell on earth, yet their hearts are connected to Allah Almighty.

“I am a bird of Allah’s garden and I do not belong to this dusty world.

For a day or two they have put me here in this cage of my own body.

I did not come here of my own,

I will soon return to my country, to my home.”

Anchor your eyes upon the heavens

Connect you spirit to the Divine Throne.

Come forward, do not be afraid….

Grow the spiritual wings of hope and fear.

Remove the shackles of illicit desires…

Free yourself from the cage of sins.

Catch the wind and take flight.

Don’t look back, only ahead,

Flap the wings of hope and fear… as one

Ascend to new heights which have no limit,

To new horizons which has no end,

And new realities beyond words.