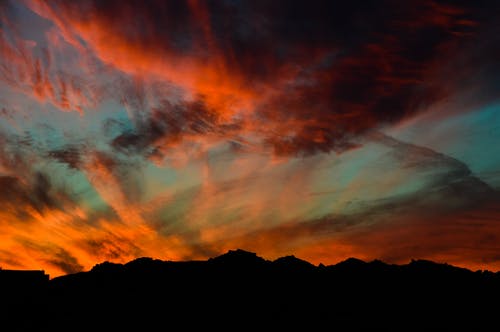 Fear the Sins You have Committed 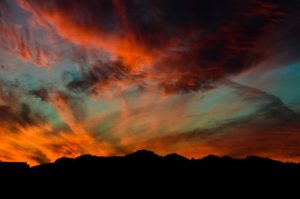 We should fear the sins that we have committed between yourself and Allah Almighty. We should have this fear, and not be of those who are over reliant on His mercy and forgiveness. Yes, Allah Almighty is the All-Merciful and All-Forgiving, but He is also severe in His punishment.

“Your Lord is the possessor of boundless Mercy; but His punishment shall not be averted from the sinners.” [Al-Anam: 6: 147]

Having a relaxed attitude to sins will destroy our connection with Allah Almighty. Sins are sins regardless, it should not a question of minor and major.

“He who opens the door of Fitan (temptation) cannot guard himself against it.” [Abdullah Ibn Mubarak]

When you open the door of temptation, you only did so because of your liking for it, now closing it becomes immensely difficult as you have to go against your own liking. You are doomed to fail from the onset, therefore do not put yourself in this predicament, for surely, the prevention is better than the cure.

The Effects of Sin

It was the habit of the righteous ancestors to think about their sins as they have many ill effects.

Fear the wrongs that you have done to others. We cannot just ask Allah Almighty to forgive us. It doesn’t work that way. On the Day of Judgement, we will meet Allah Almighty alone and we will be accountable to Him. Allah Almighty may choose to forgive us out of His Mercy if we have wronged ourselves and violated His rights. However, when the rights of others’ are in question, He will hold us to account on behalf of them due to His justice. So we need to actively seek the individual we have wronged and ask for their forgiveness or settle any dues. The Messenger of Allah Almighty (peace be on him) forewarned us:

“Whoever has done wrong to his brother, whether it be the matter of honour or of money, let him put it right today, before he is overtaken by a Day on which there will be no Dinar or Dirham, but any good deeds he has to his credit may be taken and given in compensation to the one he has wronged, and if he has no good deeds to his credit, his victim’s sins may be taken and added to his own burden instead.” [Bukhari]

“‘Do you know who is the bankrupt?’ They said: ‘A bankrupt person amongst us is one who has neither Dirham with him nor wealth.’ He said: ‘The bankrupt of my Ummah would be he who would come on the Day of Resurrection with prayers and fasts and Zakat but (he would find himself bankrupt on that day as he would have exhausted his funds of virtues) since he hurled abuses upon others, brought slander against others and unlawfully consumed the wealth of others and shed the blood of others and beat others, and his virtues would be credited to the account of one (who suffered at his hand). And if his good deeds fall short to clear the account, then his sins would be entered in (his account) and he would be thrown in the Hell-Fire’” [Muslim].

So be fearful of wronging others, settle what you need to settle in this world otherwise Allah Almighty will hold you to account by His Justice and neither will the people overlook the wrongs you did to them until they have taken from you what you owe them as compensation.

Seeking Forgiveness is Liberating not Humiliating

If someone is hurt, scarred or stubborn and you fear you will not gain their forgiveness, supplicate to Allah Almighty to soften their heart, so when you ask them, they will forgive you. If you sincerely ask them to forgive you and they choose to not forgive you, and you have done this three times and they still don’t forgive you, then they are blameworthy. This is why it’s better not to wrong people. We do this by cultivating a good character.

Forgiving People who have Wronged You

Allah Almighty loves to forgive and accept repentance. We should emulate Him in forgiving each other as Allah Almighty shows mercy to those who show mercy to others.

In fact, how should we expect Allah Almighty to forgive us for all the mistakes we have done when we cannot forgive others for few mistakes they have done to us. Be just with people. If someone wrongs you, do not see their wrong bigger than it is as though the entire world has collapsed upon you, but if you were to wrong them in the same way, ‘it’s not that bad’, or ‘did I hurt you?’ Be just, know what hurts you will also hurt others.

Yes, it’s your right to not forgive and seek retribution and justice, but know justice cannot mend or undo what has been done. Choosing to forgive them will heal your pain and free you from the mental and emotional harm you do to yourself. The person who can forgive is the person who goes to sleep in a peaceful state, he is not burdened with past grudges and hurt, rather he is felling light and relaxed. You need to just delete the record rather than pressing rewind and replay button again and again.

Strong is the person who is able to forgive.

Creating the Fear in a Person Not to Wrong You

If someone comes to ‘forgive me’, you can say, ‘there is nothing to forgive’, and this is good.

It’s from one’s personal strength to seek forgiveness and forgive the people who have wronged him/her.

Fear wronging people, if you have wronged somebody, Allah Almighty will not forgive you until that person forgives you. Make a list of all the people you have wronged and have dues towards and begin to rectify them immediately. Settle all dues even with your foes until you believe that there is no one who has a right over you.

Don’t be relaxed about this, you must rectify the wrong with the other person otherwise they will take your hasanat on Day when you would need it the most. Beware of being bankrupt in the hereafter. Messenger of Allah Almighty (peace be on him) said:

“Beware of oppression, for oppression will appear as darkness on the Day of Resurrection.” [Muslim]