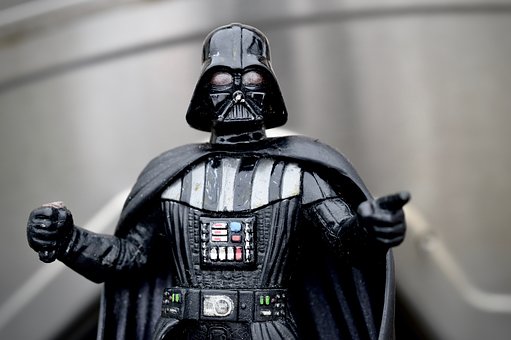 Why There is No Limit to Recklessness, Hubris and Greed 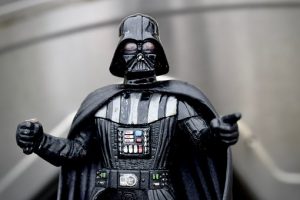 In a world riddled with oppression and injustice, one wonders why do we sin? Is it forgetfulness or rebelliousness? Or is it just that it is so easy to sin and there’s nothing to stop us?

And Satan will say when the matter has been concluded, ‘Indeed, Allah had promised you the promise of truth. And I promised you, but I betrayed you. But I had no authority over you except that I invited you, and you responded to me. So do not blame me; but blame yourselves. I cannot be called to your aid, nor can you be called to my aid. Indeed, I deny your association of me [with Allah ] before. Indeed, for the wrongdoers is a painful punishment.’ (14:22)

A fast-forwarded glimpse of Shaytan’s deceit and confession gives us vital insight into the nature of man’s propensity to sin. Ironically while man has been created weak, for the majority of his life, he is blind to this reality.

Allah Almighty created man in an intricate state of interdependence. In surah ArRum, we are told:

It is Allah Who created you in a state of weakness; then after weakness He gave you strength, then after strength He made you weak and old. He creates what He pleases.

No matter how strong we are mentally or physically, we are not invincible. Unexpected occurrences can dramatically change the course of our life. Turn it upside down. That is why we need Allah͛’s support. Unable to accomplish anything by ourselves alone, we need others to complete us and to cover our weaknesses. This weakness is in fact a mercy from Him, as without it we would not need anyone else and we would act with arrogance.

Yet shaytan loves to pump our ego and give us delusions of independence. In surah Alaq, this fallacy is exposed:

No! [But] indeed, man transgresses

When asked ‘Why did you do this sin?’ The answer is sometimes simply because ‘I can! I can so I will.’ This dangerous sense of independence fills the ego with the idea that they are in in full control and able to do whatever they want.

Blithely unobservant of Allah Almighty, man can feel no sense of accountability towards Allah at all, even though He is Raqeeb (All Watchful) over him and Haseeb (All Sufficient), the One who keeps account of all matters.

Shariah provides boundaries for us, as otherwise, there is no limit to where we can go in the pursuit of worldly pleasure. Whether it is pursuing, women, money, or fun, if we prioritise what we prefer over what we are permitted to do, then we are giving those elements more importance than Allah, and essentially making our desire our Lord. The critical question to ask ourselves is: Who do you obey? Allah or your desire? If you follow whatever your desire dictates to you, then you have put it in the position of their Lord.

The recognition that Allah Almighty is watchful and will take you into account, reduces the likelihood to sin because taqwa shields you.

By contrast, feeling drunk on power makes those in positions of leadership misguidedly feel they can do whatever they like, even if it is grossly oppressive.

The largest ever trading collapse in the UK of the construction services company Carilion with liabilities of 6.9 billion, was described by the Business and the Work and Pensions Select Committees said Carillion’s collapse was ‘a story of recklessness, hubris and greed, its business model was a relentless dash for cash.’ There had been no accountability.

The collapse of railway franchises has also seen billions vanish into dust as they fail to bear their responsibility to fulfil their obligations. Virgin Trains East Coast reneged on its contract to operate the railway from Scotland to London, as the third operator in a decade to wash its hands of its obligations.

Meanwhile, the poor are paying the bill of the rich, simply because there was no limit and the bankers could.  The National Audit Office revealed that the cost of the bank bailout following the global credit crisis is over a trillion Pounds. Taxpayers will continue paying for the failure of bankers to regulate greed for years to come.

Man can go beyond his limits at any time, but what stops him is taqwa. Pharaoh became a pharaoh, simply because he could. Nothing and no one stopped him. If you feel rebellious, and your ego is bursting at the seams, it is time to review your record. Why are you in this state? A believer should never be in this position.

Yet oppression manifests itself at every level. Multinational, national and interpersonal. Often marriage problems start when the wife becomes financially independent, and feels she no longer has to listen to her husband, begins to neglect her home and husband for her the sake of her career. Though she is entitled to work, and not expected to be a maid, her priority is her family, even if her work is teaching for the sake of Allah.

The Price of Jannah

People so often fail to recognise their priorities. If you put what they consider important in dunya in the scales and weigh against akhirah it is insignificant. However, jannah is not free of charge. We can counter our weakness by being self-aware. Realise that we are weak, and understand ourselves better by recognising our good points and weak points. Doing a SWOT analysis is a useful technique to focus on your: Strength, Weakness, Opportunities and Threats. We can also analyse the circumstances and friends who create the opportunities for us to sin.

As naughty children at school always want followers, and do not let their members leave their gang, the best way to end sinning is to physically move away from the place and company that push you towards sin, for example change the area you live in, or the friends you have, otherwise they will always pull you back. They know how to push your buttons and drag you back. If we are not careful, we  can easily slip and ping back to bad habits and kiss the akhirah good bye.

And whoever does that in aggression and injustice – then We will drive him into a Fire. And that, for Allah, is [always] easy. (4:30)

The Betrayal of Shaytan

On the Day of Judgement shaytan and the company who led you astray will disown you. In Surah Ibrahim Allah Almighty reveals the conversation between shaytan and sinners, after he has been given his space to plead his case. He will say he had no control over sinners. He only invited people to sin, but he had no ability to force them, so it was their fault that they responded. They were free to reject his satanic advice.

Though our weakness means we are liable to sin, Allah Almighty has created the mechanism for us to go back to Him through repentance. Allah Almighty has told us that we should always repent for any mistakes. The doors of forgiveness are always open, so if you want to repent from anything haram, don’t let shaytan persuade you that you are beyond forgiveness:

On the authority of Anas (may Allah be pleased with him), who said:

I heard the Messenger of Allah (peace be on him) say: Allah the Almighty said: O son of Adam, so long as you call upon Me and ask of Me, I shall forgive you for what you have done, and I shall not mind. O son of Adam, were your sins to reach the clouds of the sky and were you then to ask forgiveness of Me, I would forgive you. O son of Adam, were you to come to Me with sins nearly as great as the earth and were you then to face Me, ascribing no partner to Me, I would bring you forgiveness nearly as great as it. (Tirmidhi and Ahmad ibn Hanbal)

It is from Shaytan’s tricks to make you feel too shy or consumed by guilt, to ask for forgiveness. Be sincere. No matter how many sins you have committed. Allah Almighty wants to accept your repentance, so come to Him with pure intention and ask for forgiveness without doubting His rahma. If you block His rahma, (ie assume He will not extend His mercy and forgiveness towards you), you will not receive it. Allah Almighty will not stop bestowing  His mercy towards you until YOU stop asking: