Being Wise Enough to Say ‘I Don’t Know’ 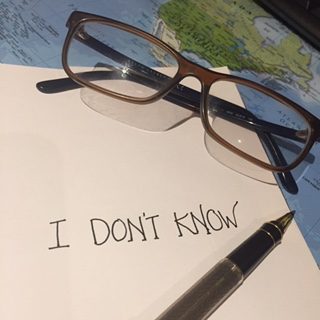 Knowing the Limits of your Knowledge 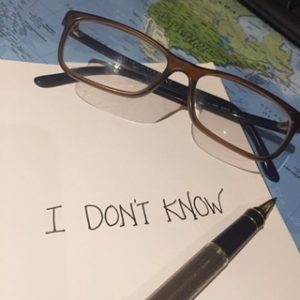 Knowledge is a trust; the one who has knowledge should not betray what Allah has entrusted him with. A teacher should not deceive or misguide his student by giving them wrong information or the wrong advice or even give advice where he does not have adequate knowledge.

Deep knowledge and understanding is an essential obligation of the teacher on the subject.  He should beware of calling to Allah based upon ignorance, and beware of speaking without due knowledge. Indeed, ignorance destroys, it does not build and it causes corruption.

Passing religious verdicts is a great rank for the one who is qualified and is able to deal with the issues that are unclear and make them clear for the people in matters of their religion. For them there is a great reward as they are in the service of the people, trying to explain the religion and make the religion easy for the people to understand and implement in their life so they could worship Allah as He intended.

Allah Almighty has rebuked the one who passes verdict without due knowledge.

Say. ‘Tell me, what provisions Allah has sent down to you! And you have made of it lawful and unlawful.’ Say: ‘Has Allah permitted you, or do you invite a lie against Allah?’ And what do you think those who invent lies against Allah on the Day of Judgement  [Yunus 10:56-60]

A person, who does not have knowledge, should not legislate on behalf of Allah Almighty and the Prophet (peace be on him). If he does, he will make what is permissible to that which Allah made impermissible and he will make what is impermissible to what Allah has made permissible. He is legislating on behalf of Allah having no knowledge of His Law. Such a person is misguided by the Shay’tan and he too is misguiding others along with him.

It is better for the teacher to say he does not know when he has no knowledge about something rather than giving his opinion on it which may lead others astray. Yes, it may be embarrassing but it is better to be truthful. The Messenger of Allah (peace be on him) said:

‘It is a sign of having knowledge that, when you do not know something, you say: ‘Allah knows better.’ [Bukhari]

The Companions of the Messenger of Allah (peace be on him) engraved the quality of speaking only with knowledge and refraining to give an opinion when they did not know, Abdullah Ibn Umar was asked a question:

‘Does the paternal aunt inherit?’ he replied, ‘I don’t know’. So the one asking the question said, ‘You don’t know and we don’t know?’ So Ibn Umar said, ‘Yes.  Go to the people of knowledge in Madinah and ask them.’ Then the man left, Ibn Umar kissed his own hands and said, ‘How finely Abu Abdur Rahman has spoken, he was asked about something which he did not know and he said, ‘I don’t know’. [Bayhaqi]

‘A man living in ignorance is better for him than that he should speak about Allah which he does not know.’

Silence is truly a better adornment for one if he does not have certain knowledge. For those who have knowledge, it is indeed wrong for them to conceal their knowledge. Abdullah Ibn Masud said:

The teacher should not conceal his knowledge. Concealing knowledge and not teaching it to others, either out of laziness, stinginess, or out of fear of authorities has dire consequences on the Day of Judgement. The Messenger of Allah (peace be on him) said:

‘He who is asked about knowledge and conceals it, will be bridled with a bridle of fire on the Day of Resurrection.’ [Tirmidhi]

One should not conceal authentic and beneficial knowledge, Imam Ahmed recorded:

‘Never try to conceal knowledge from others, because concealment of knowledge is a much greater crime than stealing money.’  [Ahmad]

The one who is given knowledge and conceal it, Allah will not speak to them on the Day of Judgement. Knowledge has been revealed by Allah Almighty to be conveyed, so what use is for one who conceals it?

The un-attainability of All Knowledge

Knowledge is an ocean, the limit of it is very far away, and it has no end point that one can seek to reach. The teacher has not gathered all of the knowledge, certainly not even a tenth of it even if he collected all that he had. That which remains for him is far more than that which he knows, and even the fastest horse sometimes stumbles. He has to observe the limits of his knowledge. Therefore, the teacher has to be aware of what he is teaching. If it is not in the area of the teacher’s expertise, he should refrain from teaching the subject from his own understanding.

There is an Arabic proverb that says ‘One can be an ignorant scholar’. This is not a contradiction, but rather that person is ignorant in one subject and a scholar in another.

When someone steps in areas where he is not well versed, he will make mistakes and sometime very grave errors. There have been many scholars in the past who have made this mistake, e.g. Imam Ghazali was not a Muhad’dith, and so in his book ‘Ihya ulum adeen’ the authenticity of many hadith is in question. And for that reason, one has to refer to read the commentary of Imam Iraqi on the ‘Ihya’, as he was a Muhad’dith and he has classified each hadith and commentated on its authenticity.

Half of knowledge is to say ‘I do not know’

The Prophet (peace be on him) was the most knowledgeable of all creation regarding the religion of Allah Almighty. And when he was questioned about a matter that was not known to him, he used to wait until revelation was revealed to him.

In hadith Jibreel, Angle Jibreel asked the Messenger of Allah (peace be on him) about the Last Hour. To that he replied:

This is often used as evidence when a scholar is being asked about a question which he does not know, it is befitting that he should say, ‘I don’t know’.

Above every possessor of knowledge there is one who knows more and the One who knows all. When the Angels were gathered and Allah said to them:

‘Tell Me the names of these things if you are truthful.’ The Angels replied, ‘Glory be to You, we have no knowledge except what You have taught us: indeed You are the One who is perfect in knowledge and wisdom.’ [Al-Baqarah 2:232]

The Scholars have not ceased saying:

A letter to my friend. Part 3: De-clutter your heart