(4:27) What is the Difference between Major and Minor Sins? 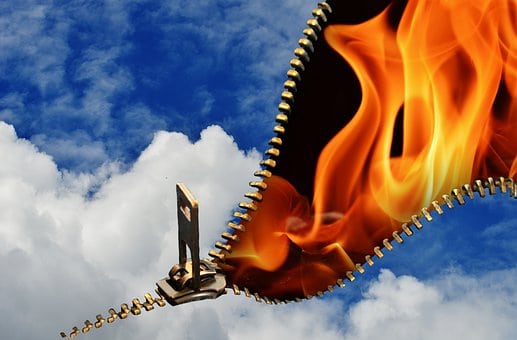 Knowing Sins. The Big and The Small 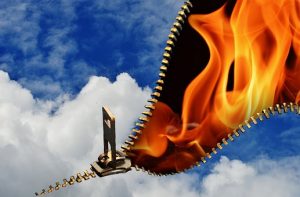 Allah wants to accept your repentance, but those who follow [their] passions want you to digress [into] a great deviation. (4:27)

Just as you can’t challenge a parking permit if there was no sign there saying you can’t park there, Allah Almighty has given us the sign posts for sins, so that we know what is punishable. In order to avoid big sins we have to have know what they are. Particularly, as sinning is a form of Self harm. As Allah Almighty states in Surah Talaq:

And those are the limits [set by] Allah . And whoever transgresses the limits of Allah has certainly wronged himself. Before harming anyone.  (65:1)

Allah Almighty has made a distinction between major and minor sins. At all costs, avoid major sins. You cannot avoid minor sins, but major sins are NO, NO.

There are many different  narrations on this topic, and while there are countless possible minor sins, the number of major sins is limited. Various scholars have put a figure on it – some said there are 7, others said 9, 10 or even several hundred. Of the scholars who collated these narrations on major sins, the two authorities are Imam Dhahabi, who outlined 70, and Ibn Hajar al Haytami, who has listed no less than 467.[i]

Stay Clear of Major Sins and How to Distinguish between Major and Minor?

Kaba’ir means big from ka ba ra, kabir (big) is the opposite of sagheer, sagha’ir are minor sins

Minor sins could be promising a friend you would go with them but then not bothering. They are small things where you have lightly wronged someone by your words.

A major sin is any which appears specifically in the Qur’an or hadith which is not just forbidden, but has a prescribed penalty and is punishable by hell.

A major sin is any sin which Allah mentioned after it Hellfire, wrath, curse, or punishment. (Tafseer Al Qurtubi)

Of the major sins, the worst sin is kufr, followed by murder and theft. In addition, there are sins like treating parents badly, accusing someone’s honour, leaving battlefield, adultery…

The Status of the Sinner

There is a big debate among scholars whether the one who commits a major sin (kabira) is a believer. Those who consider that the committer of kaba’ir is a disbeliever have wrongly understood that the sinner is out of the fold of imaan, based on the hadith that the one who commits adultery or theft is not a believer at the time they commit their sin.

Abu Huraira reported: The Messenger of Allah, peace and blessings be upon him, said:

In another narration, the Prophet (peace be on him) said:

And he is not a believer while he is killing. (Bukhari and Muslim)

Hell is not exclusively for disbelievers, as some believers will go to hell first, be punished and then eventually go to jannah. Only those who stay in hell forever are kafir. In order to sin against someone, it means they view the other as less important than their own selves. To commit a sin against your brother is evidence of defects in imaan, as the Prophet (peace and blessings of Allah be upon him) said:

If you commit a major sin, turn back to Allah Almighty and repent. If you hurt someone you have to seek their forgiveness. Allah Almighty will not forgive you for hurting another person; you have to rectify the situation and the damage. Supplication will ease the way, but you need his/her forgiveness to delete that sin.

There are plenty of hadith regarding forgiveness. The Messenger of Allah (peace be on him) said:

The five daily prayers, and from one Jumu’ah to the next, are an expiation for whatever sins come in between, so long as one does not commit any major sin. (Muslim)

Major sins require repentance. Minor sins need no repentance. This doesn’t mean you persist in committing minor sins. As per the hadith, the prophetic approach is to help people refrain from sin, not make others feel their sins are beyond forgiveness.

Dhikr helps in seeking Allah’s forgiveness. But that doesn’t mean taking minor sins lightly as they can lead to major sins. In Lebanon there is a group who have attracted a huge number of followers as they teach their students how to distinguish between kaba’ir and sagha’ir, and how to erase the sagha’ir e.g. using wudu for example to wipe away certain sagha’ir. This promotes a casual attitude towards sinning. Sins appear light, and easy to remove. However those who are committing minor sins without feeling their gravity, are likely to sin repeatedly and eventually move onto the major sins because they are numbing themselves to sin.

Obedience out of love

Indifference to minor sins promotes sin. It is also a colloquial saying that whoever sits with the birds sings like them. Our character is tangibly affected by the company we keep. So keep good company and actively distance yourself from bad influences.

Our attitude should not be to look at the size of the sin, but who the sin is being committed against. If you love Allah you shouldn’t disobey Allah Almighty. Sinning is disobedience. Do your best to avoid sins. Always remember that those who avoid major sins will be admitted through a noble entrance (mudkhalan karima) to jannah.

Links to: The Book of Sins*

Why is my life so difficult?

Free will, guidance and destiny

*Imam Dhahabi’s  book Kitab Al Kaba’ir which lists 70 major sins is so ubiquitous that every household keeps a copy of the Qur’an, Imam Nawawi and Al Kaba’ir (The Major Sins). However, one has to be careful, as not ever copy of that book is the original and authentic version. There are  copies with corrupted narrations in circulation but it was restored to its original version by the publisher, Mu’assassat al-Risalah (the Risalah Foundation) which is reliable version edited by Shaykh Shuayb al Arnaout.

al-Zawajir ʿan iqtiraf al-kaba’ir by Ibn Hajar al-Haytami (died 974 AH) which lists 467 major sins is a detailed presentation of Qur’an and Hadith evidence and legal inferences. He is considered unique among Muslim works dealing with taqwa and recognised as a source of authoritative legal texts valid in their own school.