Free will, guidance and destiny explained 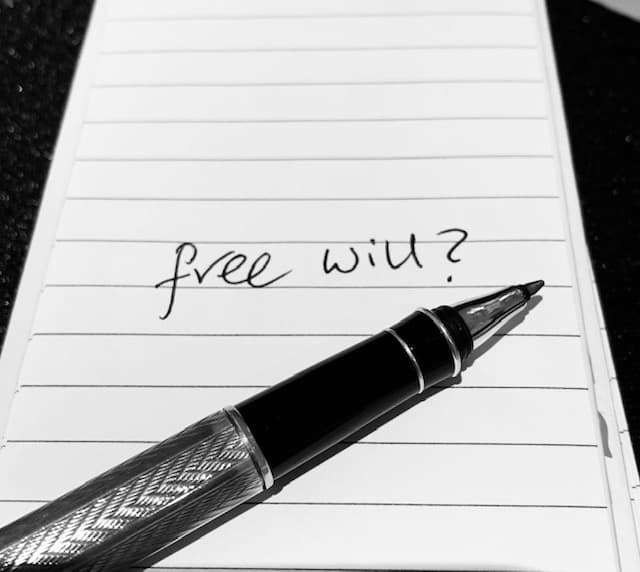 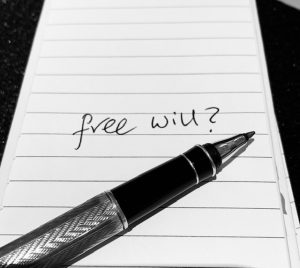 A superficial reading of this ayah and similar ayahs can be misinterpreted if one does not have a deeper understanding of the concept of guidance and free will.

Whom does Allah guide?

Allah Almighty grants guidance to anyone seeking guidance with sincerity.

Do we have absolute free will or not?

Allah Almighty does not force us to do anything. He granted us all free will and  we make our destiny through our choices.

Your heart is in Allah Almighty’s hands. But from YOUR choice.

For free will to exist, choice must exist. And for choice to exist, there has to be an option for good as well as evil. Just as we have electricity which we can use to make light or for cooking or for machines, we can also use it as a tool to electrocute someone – the electricity is like the will comes from Allah Almighty, but it is how we apply and utilise it, which makes it right or wrong.

Therefore our fate depends on ourselves, our choices and our actions. Allah Almighty said:

Each soul is responsible for its own actions; no soul will bear the burden of another. You will all return to your Lord in the end, and He will tell you the truth about your differences. (6: 164)

O My servants, it is but your deeds that I account for you, and then recompense you for. So he who finds good, let him praise Allah, and he who finds other than that, let him blame no one but himself. (Muslim)

Why does evil exist?

And what struck you on the day the two armies met was by permission of Allah that He might make evident the [true] believers. (3:166)

To say that Muslims lost at Uhud without Allah’s permission would suggest that Allah’s power is not absolute. Allah Almighty had the power to change the outcome, but by giving them free will He allowed the Muslims to choose their fate.

And when a calamity befell you, even after you had inflicted twice as much, you said, ‘How is this?’ Say, ‘It is from your own selves.’ God is Able to do all things. (3:165)

Allah Almighty is not pleased with evil or sins, but He allows us to commit them through our choices. When we ask our child to do something even though we know they might do it wrong, means that we allow them to make a mistake, not that we are happy with what they did.

Without a test you cannot examine the quality of people or discover who are hypocrites. We are suffering so many painful tests in our ummah to bring us back on course. You may work with someone and they might appear very nice, until they are tested, and then you see their teeth and claws come through, or their patience and good qualities.

Can Shaytan control us?

Surely, those of you who turned back on the day when the two troops faced each other, Satan had but made them slip for some of their deeds. Of course, Allah has forgiven them. Certainly, Allah is Most-Forgiving, Very-Forbearing. (3:155)

In this verse, Allah Almighty is making a correlation between our actions and our propensity to slip off the right track. Shaytan is ever ready to incite us, but our ability to deflect his attacks rests on our track record so far. As well as the defences we have in place. There is a direct connection between our actions and how vulnerable we are to shaytanic suggestions. He himself does not have the power to make us do anything.

He has no authority over those who believe and trust in their Lord. (16:99)

His authority is only over those who follow him, and those who associate others with Him. (16:100)

Allah Almighty is saying that those who deserted at Uhud did so because ‘Satan made them slip for some of their bad deeds.’  The outcome at the Battle of Uhud showed the differing intentions amongst the army.  In particular, amidst the confusion in the battle, the archers left their positions and went for the booty because of their flawed intentions, creating the opportunity for Khalid bin Waleed to infiltrate and change the course of the battle. The army was weakened by the men’s inability to remain true to their principles, allowing them to be swayed by chatter of disbelievers and petrified by the prospect of loss and death, they fled.

Sins open the way for more sins. These people earned their error. They choose dunya over akhirah. Their choice led to the consequences. This is why it is important to repent from the sins we have already committed. And why sins become a slippery slope and take us further away from guidance.

As some of our actions are the gateway for shaytan to sneak into our hearts and make us slip, we have to block him with istighfar, (repentance) as well as do continuous Zikr and muraqabah (watchfulness). This is our defence mechanism.

Muraqbah is keeping your own CCTV switched on. It is the self-scrutiny to continually ask yourself if you are doing the right thing: observing your actions and questioning your real intentions. And then checking that what you are doing is pleasing to Allah and His Prophet (peace be on him).

Am I doing the right thing? Why am I doing it? Is it in line with Allah’s commands?

Allah Almighty does not guide those who keep slipping in and out of imaan – either you are true believer or you are not. In the long and famous hadith of Heraclius, when Abu Sufyan met Heraclius, the Roman, he was asked ten questions, which were very deep and beautiful. Heraclius asked Abu Sufyan about the Prophet’s (peace be on him) claim to be a messenger, his family and followers and teachings etc. One of these questions was whether the number of his followers was increasing or decreasing. Abu Sufyan admitted they were increasing. (Heraclius had placed Abu Sufyan in front and the others behind him, so that he could not lie, as the men behind him would contradict him if he lied.) Heraclius also asked if the followers were leaving Islam after they accepted it. Abu Sufyan wanted to give different answers, but was forced to tell the truth and admitted that the followers did not leave Islam. The questions reflected the depth of Heraclius’s imaan.

Heraclius concluded that if the followers of Muhammad (peace be on him) were increasing and remaining Muslim then this reflected real imaan.

When the sweetness of imaan goes into the heart it will stay firm it doesn’t leave.

Heraclius understood that they had found the truth. He said:

True faith, when its delight enters the hearts and mixes with them completely. (Bukhari)

Therefore those who swing to and fro between imaan have never experienced real imaan, which is steadfast. They cannot let go. Shahr bin Hawshab reported:

I asked Umm Salamah (may Allah be pleased with her), ‘O Mother of the Believers! Which supplication did the Messenger of Allah (peace be on him) make frequently when he was in your house?’ She said: ‘He (peace be on him) supplicated frequently: ‘Ya muqallibal-qulubi, thabbit qalbi ‘ala dinika (O Controller of the hearts make my heart steadfast in Your religion).’ (Tirmidhi)

The dua teaches us not to be smug with our level of imaan or ibadah. Those who have imaan do not lose their imaan even during the most severe tests. Shaytan may cloud their vision, and their imaan can fluctuate, but they do not reject imaan, and fall into kufr. If they take one step towards Allah Almighty, He takes ten steps towards them. This is why we ask for guidance to the straight path ihdinasiratal mustaqeem – KEEP us on the straight path.

Our Lord! Let not our hearts deviate now after Thou hast guided us, but grant us mercy from Thine own Presence; for Thou art the Grantor of bounties without measure (3:8)

The heart of a believer lies between two fingers of the Merciful. (Muslim, Tirmidhi, Ahmad, Ibn Majah)

If we do not leave imaan, why do people swing from imaan to kufr?

The Prophet (peace be on him) described the people who appear to swing from goodness to evil and vice versa at the end of their lives:

This hadith is very scary – but the narration of Muslim explains that these people only carried out the actions of Jannah for show. Deep down they were munafiq (hypocrites), so they did not really have true belief. The ones who did actions that appeared to be actions of hell were fully with Allah Almighty deep down. So this hadith is not reflecting injustice.

In order to recognise that Allah Almighty only wishes good for us, we need to understand aqeedah and His attributes.

Allah is Aleem (All Knowledgeable) and Al Qadeer (the All Powerful) and al Hakeem (the All Wise). If we do not distinguish between these there attributes we can become confused.

He created us and knew what our choices would be and who would end up in hell or Jannah. The fact that Allah Almighty knows our destiny does not mean that He chose it for us, this would be to misunderstand free will and attribute our destiny to Allah Almighty. The fact that He knows what will happen in the future does not mean He forced you to do it. Like a time machine which recorded what happened in the future, but did not force people to do it.

Abu Dharr reported: The Messenger of Allah, (peace be on him) said:

We trust that Allah Almighty, understand that He has given us free will, provides guidance to those who seek it sincerely and does not allow anyone who seeks Him to go astray. Those who taste imaan never leave it. However, those who have not allowed their imaan to grow, lack trust in Allah Almighty, and allow shaytan to guide them, block out Allah’s guidance.