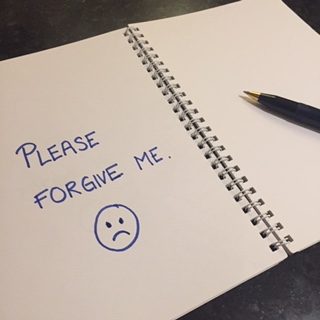 How can I know that my repentance has been accepted? What do I need to do to move on after I have made a mistake? 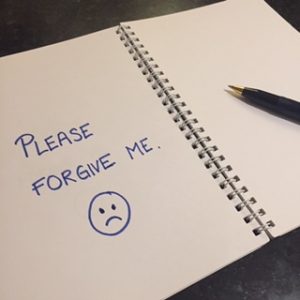 What are the features of those closest to Allah Almighty?

Al Muhasibi, the founder of the Baghdad School of Islamic philosophy, had a habit of venturing into the desert with his friend Junayd al-Baghdadi where the desolate landscape bore no distractions, and they could reflect on the answers to serious questions.

In particular Al Muhasibi was able to utilise this time to focus inwards. His nickname Muhasib means self-inspection or audit which was highly characteristic of him.

One of the questions which he dwelt on deeply was who are the ones closest to Allah Almighty. He zoomed in on three types of people:

1) Those who fear Allah Almighty the most.

2) Those who are most truthful and sincere in repentance and their regret or their apology.

3) Those who are most observant of their future actions, i.e. they are careful about their actions after their repentance.

Repentance is a key feature in them – fearing that they might displease Allah Almighty, regretting displeasing HIm, being careful about how they behave moving forward.

Often we do not have a chance or the habit of reflecting  on our shortcomings. We do not like to dwell on our mistakes and often gloss over them. However, if we take a closer look at the aspects of our life which require repentance, these include:

In order to gain closeness to Allah Almighty, we need to be honest and sincere in our tawbah and more vigilant of our actions.

The one who is closest to Allah Almighty works hard on improving his actions.

What is the formula for repentance?

Those who are quick to repent keep their hearts clean as they keep eliminating sins which enables them to have purer hearts and receive more divine light. The formula to bear in mind when one makes any mistake is to:

The heart that is quick to repent

The heart that is soft remains soft through remembering Allah Almighty continuously, being in the habit of doing istighfar, and being conscious of its intention. Our hearts need softness (riqqah), clarity and purity. The softer the heart the more sensitive it is to sin. And the more remorse it feels when it has sinned.

Crying helps purify the heart and offload negative emotions. It enables one to become a person of humility. If reciting the Qur’an brings tears to your eyes that is a good sign. Being in the status of sadness (huzn) brings you closer to Allah Almighty. However, this does not mean being a pessimistic person. There are two types of huzn, a positive and a negative. The Prophet (peace be on him) had this quality but he also had a cheerful face. This sadness is not the sort where you are depressed, which is crippling for example worrying about what others think, or your rizq, but is a healthy quality of concern that your efforts are acceptable, and pushes you to improve them. It is like the feeling of returning from hajj, and hoping that it was accepted and missing the feeling of closeness to Allah Almighty.

Feeling sad does not mean dwelling on grudges. By contrast, a soft heart is continually forgiving and forgetting. The more we keep pressing rewind and replaying the hurt we have experienced the more it affects the softness of our heart. DELETE THE REWIND BUTTON! Repentance is about starting a new page and deleting your past record. It’s not about depression. Once you have repented it is time to move on.

How can you tell if your tawbah was accepted?

You know that your tawbah was accepted when you do more good actions. Always follow up a bad deed with a good deed, so that the bad deed is deleted.

The sign of regretting something is that you are careful and vigilant about your future actions. This includes being more obedient overall.

The rewards of being repentant and obedient

Have a positive approach to obedience. Those who respond faster to Allah’s commands elevate their ranks. Have determination and energy in your acts of obedience. For example, when it’s prayer time, you don’t say ‘later’.

With sincere repentance there is huge reward and such an example is Al Fudayl bin Iyaad who died in 803 (AH187). He had been a highway robber, who had committed a catalogue of sins and was the feared leader of a gang, later repented. He said:

O Allah! I turn in repentance to You. My repentance is that I will live in the neighbourhood of the Sacred House (the Ka’bah}.

He then moved to Makkah, settled down and lived there til he passed away there. His servant, Ibrahim ibn al Ash’ath, said:

‘I have not seen anyone apart from al-Fudayl in whose heart Allah was the greatest. When Allah was mentioned before him, or if he heard the Qur’an, fear and grief would become apparent on him, his eyes would shed tears and he would cry to such an extent that those who were sitting near him would feel sorry for him.’

He had became such a pious person that people wished to be like him.

It is also important to have high ambitions, as the student of a scholar once told his teacher he wanted to be like him. The scholar said that he himself had reached his position by wanting to be like Omar (may Allah be pleased with him). The higher you aim, the higher the status you can reach.

Cultivate obedience without being self satisfied

You should not feel satisfied with your level of obedience. For example, if you perform six nawafil prayers, do not consider this as a lot.

Think of small naimah as huge blessings. For example, the ability to see or breathe which we take for granted. We cannot count Allah Almighty’s favours. They are internal as well as external – those that we know of and those that we don’t even realise we have.

Thank Allah Almighty and feel grateful. Ask Allah to preserve these favours so that you do not lose them. No matter what we do, our actions cannot equal what Allah has given us.

The Messenger of Allah (peace be on him) said, ‘Be deliberate in worship, draw near to Allah, and give glad tidings. Verily, none of you will enter Paradise because of his deeds alone.’

They asked, ‘Not even you, O Messenger of Allah?’

He said, ‘Not even me, unless Allah covers me with His Grace and Mercy.’ (Bukhari and Muslim)

When we accept our destiny, we have rida, as we are pleased with what Allah Almighty has destined for us. Saqt is the opposite of rida. It is being angry with Allah Almighty and asking ‘Why me?’, ‘What did I do to you?’ This is haram. We should be people of tasleem – the ones who surrender our matters to Allah Almighty.