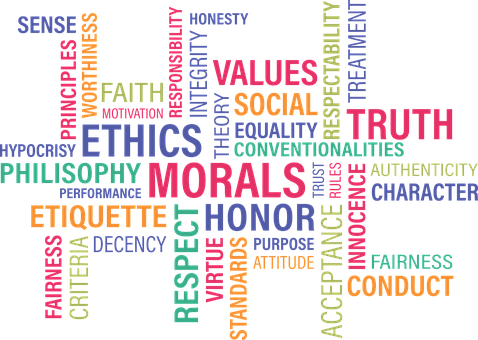 Being an Ummah with a Backbone

The propensity to sin can be controlled by some, but not others who feed this tendency, and unchecked are able to unleash its rampant and malignant spread.

A common question we ask ourselves is why do people behave like this?

The modern answer is ‘because I can.’ Why did Firaun become the undisputed tyrant in his world? Because no one stopped him.

Among the first surahs to be revealed was surah Alaq, in that surah Allah Almighty mentions the topic of transgression, where He says:

No! [But] indeed, man transgresses

In the early days in Makkah, sin was prevalent, but immorality was not exclusive to the Arabs, if we go back in history, Allah Almighty tells us about the nation of Nuh (peace be on him), who would put their fingers in their ears every time they were confronted by the truth, and the call of Allah:

And whenever I invite them to be forgiven by You, they press their fingers into their ears, cover themselves with their clothes, persist ˹in denial˺, and act very arrogantly. (71:7)

The prophets Musa, Eesa and Muhammad (peace be on them) were met with the same opposition, stemming from the dark side of human nature.

What’s There to Stop Me? Reasons for Transgression

When man feels invincible, due to his wealth, authority, or connections, there is nothing to stop him from breaking boundaries, and so we see oppression in many parts of the world.

Those who are in control can use power for good, or can abuse the power they have been given to perpetrate evil. Power is an amanah (trust) and must be implemented in the right way, otherwise people with any degree of power over others have a tendency towards control and oppression.

With such widespread transgression, those who are committing crimes and atrocities and repressing others, have the attitude that they may do what they please, as ‘no one can stop me.’

Communities bear a moral responsibility to keep violations of human rights in check.  They have to be the safely plug against oppressors, by speaking up when injustice is done. We need real reformers, not fake reformers in our community, who defend the truth no matter what it costs, even if it costs lives.

The truth is the most valuable asset we have. We have to defend it.

We are not to be a cowardly or silent people, but a brave ummah whose actions are backed by knowledge and understanding, as we have to live up to fulfil the task we were given:

You are the best nation produced [as an example] for mankind. You enjoin what is right and forbid what is wrong and believe in Allah. (3:110)

Allah is the Best Planner

The Prophet (peace be on him) stood up to oppressors and tried to restore human rights and dignity to people. However, he was targeted by the Quraysh, whose assassination plot failed. He had been delivering the message of Islam in Makkah for thirteen years, but along with his followers, met a wall of resistance and increasing persecution for proclaiming la ilaha ilallah. When his enemies planned to kill him, he escaped death, by leaving in the night for Madinah. Allah Almighty says:

And [remember, O Muhammad], when those who disbelieved plotted against you to restrain you or kill you or evict you [from Makkah]. But they plan, and Allah plans. And Allah is the best of planners. (8:30)

Allah Almighty protected the Prophet (peace be on him); the plan of Allah was beyond them, victory came from Allah Almighty.

Sometimes victory does not come during our life time. Sometimes our time is the preparation for victory to come. And later generations reap the fruits of victory. Without the sacrifices in our lifetime, we cannot move forward.

Having the Courage to Speak Out

One example of daring to speak out is Khawla bin Thalaba, at the time of Omar’s caliphate (may Allah be pleased with him). He announced that he would curtail the amount of mahr that could be stipulated in nikkah contracts as a trend had developed to demand exorbitant amounts of mahr which made marriage prohibitively unaffordable for some. However when he announced this, an old lady, Khawla bin Thalaba interrupted him, declaring ‘You have no right to do this!’ and argued that he could not restrict what Allah Almighty Himself had not limited. She cited the verse in the Qur’an:

‘And if you wish to replace a wife with another and you have given one of them a heap of gold, do not take anything from it. Would you take it as a fraud and a clear sin?’ (4:20)

Shocked at her protestation, men moved towards her to silence her objections, but Omar (may Allah be pleased with him) allowed her to speak and conceded graciously that she was right, he did not have the authority to override what Allah Almighty had stated in the Qur’an – that a mahr could be qintar (huge pile) of gold.

Our Duty to Defend What is Right

In our time, if someone objects to a new law, he is not given the space to do that. He might disappear, or be assassinated. This is oppression. It is beyond limits.

If we were to do what Allah Almighty requires we would be the best community. Otherwise if we turn a blind eye to what is wrong in our community, we are no different from any other community.

We have to be a compassionate community. We are One Body. The truth is our concern. It is not just the concern of the authorities, but everyone’s business. The Messenger of Allah (peace be on him) said:

A Single Opinion Ummah is Not a Healthy Ummah

It is healthy to have differences within limits. Those with small minds cannot tolerate different opinions. They clamp down on differences. However it has never been the case in any society that there is only one party, one school of thought or one colour. The moment you move towards totalitarianism, and refuse to allow different voices, you are no longer a healthy ummah.

Always be with the people who are right, because ultimately we have been promised that no matter how long it takes:

We ask Allah to enable us to see the truth, stand up for the truth and be among those who defend the truth. Ameen.