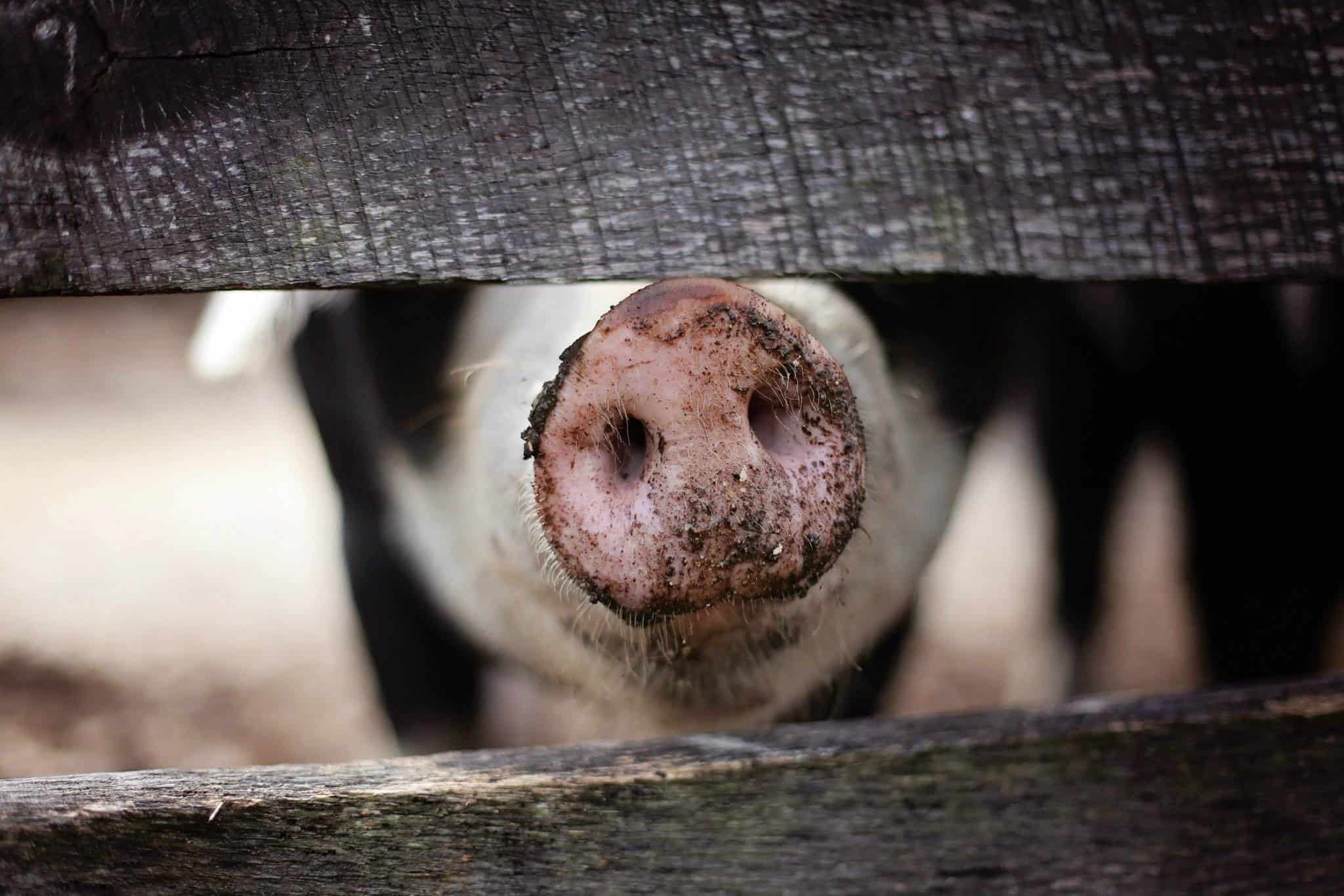 In all the Abrahamic faiths it is documented that pork is forbidden. Certain groups within the Jewish and Christian faiths have chosen to drop this food rule, saying that it is no longer necessary. The question arises, do we follow a divine rule because of the wisdom behind the command or because it is a command?

If one decides they know the reason behind a command, they can dispense with the command when they feel the command is no longer fulfilling that reason. If the reason for not eating pork is that it contained diseases, one could start eating pork when those diseases are eradicated.

However, Allah did not say that the command was limited to a particular time or set of circumstances, and that it may be re-evaluated when the circumstances change.

He has only forbidden to you dead animals, blood, the flesh of swine, and that which has been dedicated to other than Allah . But whoever is forced [by necessity], neither desiring [it] nor transgressing [its limit], there is no sin upon him. Indeed, Allah is Forgiving and Merciful. [2:172]

Prohibited to you are dead animals, blood, the flesh of swine, and that which has been dedicated to other than Allah, and [those animals] killed by strangling or by a violent blow or by a head-long fall or by the goring of horns, and those from which a wild animal has eaten, except what you [are able to] slaughter [before its death], and those which are sacrificed on stone altars, and [prohibited is] that you seek decision through divining arrows. That is grave disobedience. This day those who disbelieve have despaired of [defeating] your religion; so fear them not, but fear Me. This day I have perfected for you your religion and completed My favour upon you and have approved for you Islam as religion. But whoever is forced by severe hunger with no inclination to sin – then indeed, Allah is Forgiving and Merciful. [5:3]

Say, ˹O Prophet,˺ “I do not find in what has been revealed to me anything forbidden to eat except carrion, running blood, swine—which is impure—or a sinful offering in the name of any other than Allah. But if someone is compelled by necessity—neither driven by desire nor exceeding immediate need—then surely your Lord is All-Forgiving, Most Merciful. [6:145]

He has but prohibited for you the carrion, the blood, the flesh of swine and what has been invoked upon with a name other than that of Allah. However, if anyone is compelled by necessity – neither seeking pleasure, nor crossing the limit (of necessity) – then, Allah is Most-Forgiving, Very-Merciful. [16:115]

The number of foods which were are not permitted are very few compared to what is allowed.

It is dangerous territory to re-write the rules, when our reason is limited and we do not know all the factors behind each divine command. We may guess at them, we may have been told some of them, science might reveal some of them over time, but we certainly do not have the intellectual capacity nor the extensive or comprehensive knowledge of creation to be able to fathom all that lies behind the commands.

We do not play God with His commands

One factor which necessitated a command may indeed change, but we do not know all the reasons behind the command.

Moreover, Islam does not make science the sole arbiter of what is permissible and what is not. There is more to society and our wellbeing than scientific research can ever reveal.

What defines the Islamic faith is submission. It is accepting and trusting that God knows best and it is part of our covenant with Him to obey His commands, rather than play God or pick and choose or pick and mix which commands we want to obey and which ones we would rather leave out.

Commands are not time limited

As Muslims we accept that the commands of the Quran are for all time. Unlike previous revelations to previous nations which were revised for subsequent nations, for instance the stringent Jewish food laws which were relaxed, Islam is the religion that God says was perfected and completed. As the last verse to be revealed stated,

This day I have perfected for you your religion and completed My favour upon you and have approved for you Islam as religion. [5:3]

We know that praying has many benefits – whether it is mindfulness or that it encourages suppleness or that it reinvigorates the body’s circulation, yet we pray in a precise manner at a precise time as we have been commanded to.

Though we may know that fasting has a huge number of health benefits, be it detoxing, breaking addictions, repairing and healing the body, as well spiritual benefits, mental benefits, and regulating the libido, we do not fast because of those benefits, we fast simply because we were commanded to.

We may feel boosted when we hear such pieces of research which reflect the wisdom of the commands, but even in the absence of this research and scientific date, we follow the commands.

Like the story of Musa and Khidr (peace be on them recounted in Surat al Kahf, Musa could not understand the reasons behind Khidr’s actoins. Musa was a prophet and even then could not understand, so what chance do we have? Allah’s plans are beyond our plans.

Similarly with prohibitions, it is plain that the consumption of alcohol causes a vast array of problems in society, however, this does not give us the licence to say that alcohol is permissible in small amounts. We do not bring our own judgement to bear, and we do not make a few drops or a glass here or there halal on the basis that they are less harmful than being drunk.

Therefore, as Muslims follow the slogan of our ummah, ‘we hear and we obey’.

The only statement of the [true] believers when they are called to Allah and His Messenger to judge between them is that they say, “We hear and we obey.” And those are the successful. [24:51]

As Adam and Eve were prohibited from eating the fruit, as a test of their obedience, we too have to refrain from haram food simply because we are the servants of Allah and it is part and parcel of our obedience to Him.

We hear and we obey. If it is halal we do it. If it is haram, we don’t. This is why we are Muslims. We submit to Allah’s word. Sami’na wa atana.

Obedience is not trendy

When non Muslims ask why we follow certain commands, such as abstaining from pork, or wearing hijab etc, they are not satisfied by the answer that we do it out of obedience. Obedience is alien concept to non believers.

They may be curious or they may want to prove that Muslims adhere to unnecessary rules, however it is important not to feel the need to justify Allah’s commands to them, because they cannot see it. It may cause them to reflect on why Muslims are obedient.

When explaining why you follow a rule do not justify the rule, establish the existence of God

It is better to establish the principles of belief. Start by asking is there a God? Yes. What is the proof of His existence? Then go on to, if there is a God, who is He? He is unique and One. If you accept that there is a God then you ask how do we know what He wants us to do? This leads to the revelation.

How did we get the revelation? Through the Prophet Muhammad (peace be on him). Once the belief is in place, there is no need to justify the commands, because of course the Creator knows best and sets the rules.

There are huge rewards for those who obey. We know for sure that following the commands brings goodness to our lives and to the final outcome of our lives.

Where does it say alcohol is haram?

Why is alcohol prohibited?

Is alcohol permitted in food?

The three benefits of obedience