The Halal Food Guide – everything you can and can’t eat 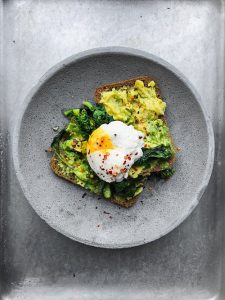 The majority is halal

The list of what is haram is not long. In fact, Allah Almighty is saying that everything is halal except the few things which are prohibited.

There are 10 prohibitions mentioned in the Quran  and some more from the Sunnah – all in all not more than 20 things. Everything else is allowed.

We derive the 10 prohibitions from this ayah in Surah Maidah:

Prohibited to you are dead animals, blood, the flesh of swine, and that which has been dedicated to other than Allah, and [those animals] killed by strangling or by a violent blow or by a head-long fall or by the goring of horns, and those from which a wild animal has eaten, except what you [are able to] slaughter [before its death], and those which are sacrificed on stone altars, and [prohibited is] that you seek decision through divining arrows. That is grave disobedience. This day those who disbelieve have despaired of [defeating] your religion; so fear them not, but fear Me. This day I have perfected for you your religion and completed My favour upon you and have approved for you Islam as religion. But whoever is forced by severe hunger with no inclination to sin – then indeed, Allah is Forgiving and Merciful. (5:3)

In the following ayahs of Surah Baqarah, Surah Anam and Surah Nahl, 4 of these prohibitions (dead animals, blood, flesh of swine) had already been mentioned:

He has only forbidden to you dead animals, blood, the flesh of swine, and that which has been dedicated to other than Allah . But whoever is forced [by necessity], neither desiring [it] nor transgressing [its limit], there is no sin upon him. Indeed, Allah is Forgiving and Merciful. (2:173)

(6:145) Tell them (O Muhammad!): ‘I do not find in what has been revealed to me anything forbidden for anyone who wants to eat unless it is carrion, outpoured blood and the flesh of swine, all of which is unclean; or that which is profane having been slaughtered in a name other than that of Allah. But whosoever is constrained to it by necessity – neither desiring to disobey nor exceeding the limit of necessity – your Lord is surely All Forgiving, All-Compassionate. (6:145)

He has forbidden you only Al-Maytatah (meat of a dead animal), blood, the flesh of swine, and any animal which is slaughtered as a sacrifice for others than Allah (or has been slaughtered for idols etc. or on which Allah’s Name has not been mentioned while slaughtering). But if one is forced by necessity, without wilful disobedience, and not transgressing, then, Allah is Oft-Forgiving, Most Merciful. (16:115)

Surah Maidah was revealed later – one of the final revelations and hence provides more clarity on the details (tafsil) of these prohibitions which had come earlier:

They ask you, [O Muhammad], what has been made lawful for them. Say, ‘Lawful for you are [all] good foods and [game caught by] what you have trained of hunting animals which you train as Allah has taught you. So eat of what they catch for you, and mention the name of Allah upon it, and fear Allah.’ Indeed, Allah is swift in account. (5:4)

People have a tendency to get bogged down in details. However the guidelines are quite clear.

 Do not make life complicated, but make sure to base your decisions on what is in line with the shariah.

All sea food is halal – though there are opinions that some sea creatures e.g. prawns are not. Follow the verse in Surah Maidah that all sea food is permissible:

Permitted for you is the catch of the sea and its food (5:96)

People of the Book – Jews (Kosher)

This day [all] good foods have been made lawful, and the food of those who were given the Scripture is lawful for you and your food is lawful for them. And [lawful in marriage are] chaste women from among the believers and chaste women from among those who were given the Scripture before you, when you have given them their due compensation, desiring chastity, not unlawful sexual intercourse or taking [secret] lovers. And whoever denies the faith – his work has become worthless, and he, in the Hereafter, will be among the losers. (5:5)

All the food of the Jews is fine – unless there is a halal alternative.

The halal alternative trumps the Kosher option where there are 2 equally viable options. It is not a case of hardship or necessity that vindicates Kosher. So if you can buy halal sausages, why go for Kosher, but if you went to a gathering where only Kosher was served, you could eat from their meat.

The common and original scenario for the Muslim is to eat halal and marry a Muslim but the exception is to eat the food of the people of the book or to marry from them.

In general we have been commanded to seek the halal. So that Halal takes precedence over whatever is kosher etc.

So if there is no choice than kosher is fine. But wherever there is a choice then the halal is preferred.

Remember that Jews consume alcohol so to still check and not all Jews observe no pork.

People of the Book – Christians

You can eat anything of theirs other than their meat, pork, alcohol.

Can you eat the slaughter of Christians?

A minority of scholars say that you can eat the food of the People of the Book and some people follow this opinion and say ‘Bismillah’ and eat it apart from pork.

It is preferable not to eat meat slaughtered by Christians because there is doubt whether Christians today are like the original People of the Book .

On the basis that it is doubtful, do not eat the meat of the Christians, even if you are in an awkward social situation. Decline politely. And avoid the situation in the first place, by letting your host know that you only eat halal or seafood.

People of other Religions

Do not get bogged down in details – if it has a halal stamp from either organisation it’s fine to eat. The difference arises from whether the meat was stunned or not.

Which parts of an animal may be eaten

Two bloods are permitted: kabid wa tihal – the kidney and spleen. I.e. all internal organs, intestines and brain. There is some discussion on genitalia whether it is permissible of not.

Gelatine – including animal gelatine is fine based on the Hanafi opinion which is that it has been changed by a process so that it no longer bears any resemblance to its original matter. You don’t have to eat it if you don’t want to.

Alcohol  is not permitted. Not even a drop. Not even in cooking, because it does not get burned off during cooking til it leaves no trace.

Alcohol is haram whether it is in a large qty or just a drop. (The ingredients to avoid are alcohol, ethanol and ethyl alcohol)

Alcohol is fine topically eg in creams and deodorants

Alcohol is not fine in medicine which you swallow eg cough syrup, nightnurse. Be careful to check the ingredients.

Mouthwash with alcohol – it is better to avoid this as there is a chance you will swallow it.

Alcohol medicinally when no alternatives are available-
The general rule is: we have to avoid the Haram and doubtful matters unless there’s a necessity darurah or a dire need, provided that there is no alternative, then we may use it within limits after we consult the experts

All vinegar is fine – because it is no longer alcohol – though there is an opinion which is complicated – do not get into it.

If these tickle your fancy, bon appétit

These are permissible though not necessarily good for our health. Some fall under the same category as gelatine as they are so far removed from their original form that they do not fall within the list of prohibited items. They should be consumed in moderation especially as they are in processed food which in general should be limited in our diet.

Flesh of swine – the whole of the swine is prohibited. It is not permissable to wear its skin as leather. Pig leather has a distinctive dimply look.

Haram as they are addictive, detrimental to health and longevity.

Haram as they compromise mental function. The Prophet (peace be upon him) said:

The one who consumes a little or a lot of it is to be subjected to the punishment for drinking: eighty or forty lashes, if he is a Muslim who believes that intoxicants are haraam.

Your body and well being are an amanah.

So be moderate in your consumption – for yourself and for the sake of the environment. Do not over consume – meat or other food.

When choosing what to consume, remember that it is a matter of taqwa not what you personally prefer.

The word halal used to refer to what was permissible by culture. However it was given a new dimension by the arrival of Islam after which halal has come to mean what has been permitted by shariah (Islamic Law). Shariah has redefined the word halal. Allah Almighty taught us that ‘halal’ for us is everything that is tayyib.

Tayyib is wholesome as well as beneficial. The opposite of tayyib is khabith which is evil and harmful.

Never be afraid to tell the truth