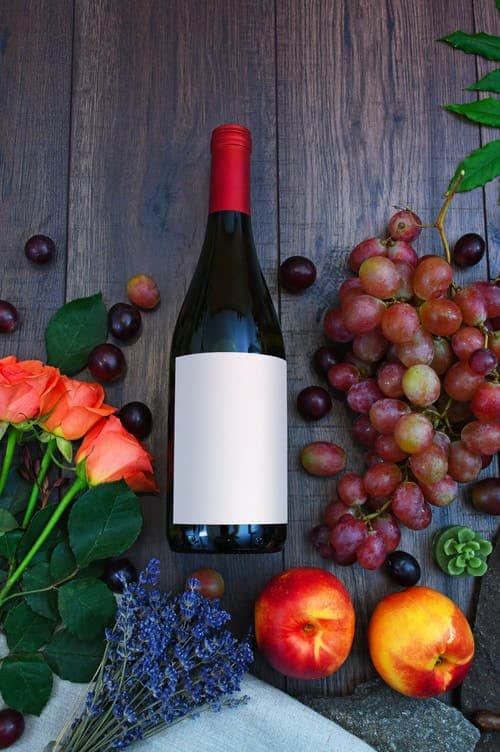 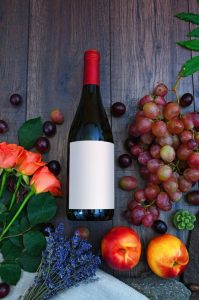 Allah Almighty called alcohol Khamr (intoxicant) in Surat un-Maidah from ‘cover’. Khimar means head cover*. Therefore khamra is something which covers, clouds and befuddles the brain. When someone is intoxicated they cannot think clearly, their mind is fogged. They can’t function properly.

O you who have believed, indeed, intoxicants, gambling, [sacrificing on] stone altars [to other than Allah], and divining arrows are but defilement from the work of Satan, so avoid it that you may be successful. (5:90)

The reason behind the prohibition of alcohol is to protect human dignity. In real life or films, you see those who get drunk often lose their dignity, their memory, their friends. They say and do things they regret. Though they might be dignified and respected in the community, under the influence of alcohol, they can humiliate themselves.

Allah Almighty wants us to be dignified and honoured all the time. He said:

He gave us this honour. No one has the right to humiliate you and neither should you humiliate yourself. When you are drunk, you are reduced to an animal. Be a human being. Be dignified.

Allah does not have to justify any prohibition, and He usually gives a command without justifying it, but here He wants us to know the reason behind it, so we are aware of it. And so that it motivates us to adhere to His command.

Problems caused by alcohol to the family and society

The detrimental consequences of drinking are wide ranging – including domestic violence, accidents, with casualties and fatalities, broken families and addiction as well as health problems. The social impact on the family and community is undeniably huge. There are plenty of studies on this.

I saw an interview recently of a 20 year old woman who was alcoholic and pregnant and they asked her what she planned to do. She replied that she would give away her baby. Instead of giving up the alcohol, she was giving up her baby!

The physical impact means an impairment of judgement in the short term and a variety of serious and chronic health problems in the long term from continual consumption. Alcohol can impact, physical health as well as mental health, and unborn babies during pregnancy.

The cost of alcohol related problems

The cost to the NHS for the treatment of alcoholism and alcohol related medical problems is massive. This money could be utilised in making peoples lives better and the quality of the air better. In 2006 the national cost of alcohol related issues it was £55 billion which is the budget for a small country.

The cost of marketing, manufacturing and selling alcohol also costs billions. Imagine if this was utilised to make people’s lives better and reduce poverty and improve the services, like offering a free education as it used to be?

The 4 prohibited things in the ayah before: intoxicants, gambling, [sacrificing on] stone altars [to other than Allah], and divining arrows, are exposed as ploys of Shaytan, who wants to achieve 4 undesirable effects.

He wants to plant enmity and baghdah (hatred and malice), as well as prevent man from dhikrullah, (remembering Allah) and his salah. These are 4 things he wants to obstruct.

When you follow Allah’s commands, you are connected to Him, but when you follow the footsteps of shaytan you end up with the wrong results.

Sowing enmity is the opposite of what Allah wishes us to create.

There are many social rulings based on creating love and peace in the community. Allah promotes reconciling those who have fallen out. And has made sins like backbiting are haram as they create bitterness and ill feeling, or gazumping someone, or breaking someone’s engagement and offering more mahr, all these ruin the peace. Anything which destroys the peace and harmony is displeases Allah Almighty.

The toxicity of hatred

Hatred is a heavy load, the more hatred you feel, the more misery you have. Allah does not want misery He wants to prepare you for everlasting bliss. It is haram to promote something that breaks this harmony.

The first two negative results of engaging in the four prohibited things are related to people, i.e. having animosity and hatred towards others. The next two are related to Allah Almighty.

When you follow the footsteps of shaytan, by drinking, gambling or glorifying idols, you are taken away from the dhikr of Allah which is your lifeline or life boat, but shaytan takes it away from you. Without it you will die.

When you are intoxicated you are disconnected from Allah. Whereas Allah wants you to be connected to Him and have dignity. Allah Almighty does not want us to be defeated.

Shaytan made a promise that he will tempt mankind from the straight path. However, Allah told him he would have no control over His true servants.

Over My servants you have no authority, except for the sinners who follow you. (15:42)

Meanwhile for them to be true servants they have to be connected. If they disconnect themselves, they can’t be helped. What is a believer without dhikr and salah?

As for My devotees, you have no authority over them.” Your Lord is an adequate Guardian. (17:65)

The Prophet (peace be on him) said the heart which has no Quran is like a deserted house.

Ibn Abbas reported that the Messenger of Allah (peace be on him) said:

Verily, one who does not hold anything from the Quran in his heart is like a ruined house. (Tirmidhi)

Those who had drunk in the past

When the prohibition of alcohol and gambling was announced, some companions out of concern for their friends who had passed away before the prohibition, were concerned that they might be held accountable for drinking. That is why Allah revealed the ayat:

Commands are not retrospective

Similarly when the Qibla was changed from Bait al Maqdis to Kaba, (as mentioned in Surat al Baqarah), they had been prayed towards Bait al Maqdis for over 18 months, before Allah Almighty changed the direction, so the companions asked if the salah of those who had passed away would be accepted as it had been in the direction of Bait al Maqdis. They wanted clarification if the ruling applied going forwards or whether it applied retrospectively as well.

Then Allah revealed in the situation of changing the direction, He reassured them that He does not let their salah be wasted:

We appointed the direction which you formerly observed so that We might distinguish those who follow the Messenger from those who turn on their heels. For it was indeed burdensome except for those whom Allah guided. And Allah will never leave your faith to waste. Allah is full of gentleness and mercy to mankind. (2:143)

At that time, it was the direction and they followed the command. Done. They are not accountable.

Again, with alcohol as it had not been prohibited outright, except for praying while intoxicated, some companions used to drink as it wasn’t haram. E.g. ibn Masoud. They were not sinful for what they have partaken of earlier, or if they had gambled, or earned money from gambling; and nor were those who had consumed it and passed away.

However, going forward, anyone consuming what has been prohibited such as dealing with alcohol and gambling would be committing haram.

There is a trend of drinking zero alcohol beer. I would never do this. Even if it is halal, the packaging is very doubtful. Someone passing a group of Muslims by, seeing them with these bottles and the drink in their glasses will not know that it is zero-alcohol. They will assume that Muslims are drinking alcohol. Don’t put yourself in a doubtful situation.

Ali (may Allah be pleased with him) said we should avoid what people will reject from the first glance. Even if you have a justification for it. They will see you in that situation but not wait for your explanation. They will take a screenshot and go.

I was once invited to an event about current affairs and there was a company selling halal wine. They had fancy packaging identical to haram wine and they offered us 2-3 bottles to take home. I refused to touch it, taste it or take it home. The moment you look at the package, it looked 100% like wine. I don’t like the concept. Why imitate what is haram? It reflects a weak identity. Why do we need to have halal champagne and halal pork? Have your own creativity and ideas. Don’t copy something what is haram.

Allah Almighty prohibited one drink – alcohol, but permitted everything else, which are halal. But we often focus on the one item that was prohibited.

Non Muslims introduced fruit juice bars and cafes, and I love the idea. Instead of serving alcohol, they serve healthy options, and the majority of their customers are young. They created a new trend, which is healthy and refreshing. We can advertise and market it.

Allah has justified the reason why alcohol is prohibited because it is so ingrained in society and in people’s minds that he knew we needed a clear.

The call of love

Whenever you have a command, Allah Almighty usually starts with ‘O you who believe…’ Being a believer is not just a badge you wear, but a responsibility.

Being called ‘O you who believe’ is a very personal call, a call of love from Allah. It is akin to saying, ‘O my special people, who believe Me and are close to Me..’ For instance a teacher might say ‘O my favourite student..’ and the student feeling chuffed at being singled out, would reply eagerly, ‘Yes what would you like me to do?’ The soul is responsive when it is called in this way. It is all ears listening and responding, saying, ‘Labbaik, I am at your service.’ Allah is saying, ‘Are you listening? Are you ready? I’m going to send you a command.’ The soul replies, ‘I’m ready’. And then Allah gives the command, ‘Right, don’t do this anymore’.

May Allah Almighty make us from among those who heed His call and obey. Ameen.

Why is alcohol prohibited in Islam?

Where does it say alcohol is prohibited in Islam?