Tyranny is born of ignorance and arrogance 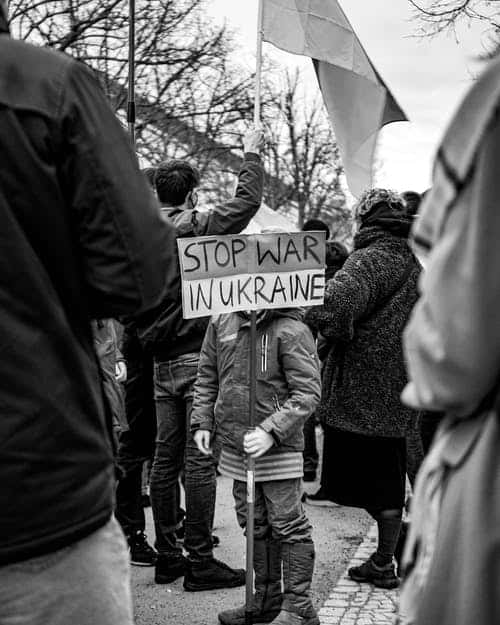 Allah Almighty mentions in the Quran in different surahs, and on different occasions the continuous fight between truth and falsehood, since Adam was sent down to earth. There has been a battle between shaytan and his followers and Adam and his offspring, which will continue till the Day of Judgement.

Every Friday, we read Surat al-Kahf which demonstrates the battle between the two camps – those who believe and those who do not, the believers, and the disbelievers, the camp of evil and the camp of goodness.

In this surah, Allah Almighty mentions the youths who took shelter in the cave, because they were afraid of being persecuted.

When the youths took shelter in the cave, they said, “Our Lord, give us mercy from Yourself, and bless our affair with guidance.” (18:10)

These people, our people, have taken to themselves gods other than Him. Why do they not bring a clear proof concerning them? Who, then, does greater wrong than he who invents lies and attributes them to God?” (18:15)

If they discover you, they will stone you, or force you back into their religion; then you will never be saved.” (18:20)

Russia, Ukraine and the crushing force of the brutal dictator

The events that have unfolded in Ukraine are an illustration of the same story. How one person decides to impose their choices on others [i.e a dictatorship]. This is exactly what happened to the people of the cave, who were threatened that they would be stoned to death, if they were caught.

The dictator exhibits the mentality of brutal intolerance – if you are not with us, you are against us. If you are not on our side, then we have to kill you. This is the mentality of tyrants, tughat. They are blinded by their power and fail to understand that they are accountable for their actions to a higher authority.

Tyranny in the past

They said, “O Shuaib, we do not understand much of what you say, and we see that you are weak among us. Were it not for your tribe, we would have stoned you. You are of no value to us.” (11:91)

And cite for them the parable of the landlords of the town—when the messengers came to it. (36:13)

They said, “We see an evil omen in you; if you do not give up, we will stone you, and a painful punishment from us will befall you.” (36:18)

When the disbelievers plotted against you imprison you, or kill you, or expel you, they planned, and God planned, but God is the Best of planners. (8:30)

Tyranny in our time

Sadly this story keeps repeating itself not only in the Quran, but also in our time. We have witnessed atrocities against Muslims in Syria, Iraq, Afghanistan, Bosnia, and against the Uyghurs in China. In Ukraine we are seeing an exodus begin, particularly as women, children and elderly people flee, carrying their belongings in rucksacks, plastic bags and suitcases, with children clutching cuddly toys, and even pets under their arms. Peace is shattered by blasts and shells and another country begins to crumble at the whim of a power-hungry, leader laden with arms.

Blaming Putin for having no qualms about destroying Ukraine to show the West Russia will not tolerate them bringing arms to their border, does not absolve the West for provoking him nor their disregard for keeping their own promises.

The reason for tyranny is unbridled power

In Surat al-Alaq, the first Surah to be revealed, Allah Almighty says that the human being is always liable to transgress and overstep all limits, when he thinks that he is self-sufficient, or does not need anyone.

Because he sees himself self sufficient

We see this in today’s context: “I have nuclear power; I have China on my side; I have the gas pipes feeding Europe, therefore I am untouchable. No one can stop me.” This is the reason for oppression and transgression, as Pharaoh himself admitted, saying the he reason he transgressed was because no one stopped him.

He and his troops acted arrogantly in the land, with no justification. They thought they would not be returned to Us. (28:39)

This is how one becomes too powerful and abuses his position. The leaders of the Quraysh similarly exhibited acute aggression towards the Prophet (peace be on him) and he warned us against such behaviour. Yet one’s ability to transgress gives one no justification to do it.

In a hadith Qudsi, on the authority of Abu Dharr al-Ghifaree (may Allah be pleased with him) narrated from the Prophet (peace be upon him) from his Lord, that He said:

O My servants! I have forbidden dhulm (oppression) for Myself, and I have made it forbidden amongst you, so do not oppress one another. (Bukhari)

Tyranny is born of arrogance and ignorance

Imam Al Razi commented that the definition of tughyan (tyranny) is rooted in arrogance (kibr) and rebellion. Arrogance leads to all sorts of problems. The very first crime committed was committed out of arrogance:

[Allah] said, “What prevented you from prostrating when I commanded you?” [Satan] said, “I am better than him. You created me from fire and created him from clay.” (7:12)

Thus dictatorship is based on arrogance. And it is also based on ignorance as the dictator is unaware that his power is test from Allah, and that oppressing others is punishable. Therefore many dictators fail the test.

Power comes in different forms: physical strength, authority, and wealth, and cyber ability. It is very easy to use and misuse it, which in turn often leads to oppression. Pharaoh was ruthless.

Pharaoh exalted himself in the land, and divided its people into factions. He persecuted a group of them, slaughtering their sons, while sparing their daughters. He was truly a corrupter. (28:4)

Allah Almighty has given tyrants many chances to repent, come back to Him and reconcile on many different occasions. However, the nature of Pharaoh and the like of him is that they never come back or repent.

Tyranny backfires and will be punished

Pharaoh said, “I am your lord, the most high.” (79:24) knowing that he was lying and he could make such a statement because he could do whatever he wanted and get away with it. This is the nature of tyranny and the fastest route to hellfire. “Indeed, hellfire is the final destination for tyrants”. (78:21-22)

Abu Musa (may Allah be pleased with him) reported that the Messenger of Allah (peace be upon him) said:

“Verily, Allah Almighty will give respite to the wrongdoer until he seizes him and he cannot escape.” Then the Prophet recited the verse, “Such is the seizure of your Lord, when he takes hold of the cities while they are doing wrong. Verily, his seizure is agonizing and severe.” (11:102) (Bukhari and Muslim)

What about the oppressed in the dunya? What will happen to those who suffer persecution and oppression from these tyrants? In these scenarios, we must always trust Allah’s wisdom, He will definitely grant full justice to the oppressed either during this life, or in the hereafter. We may see justice in the dunya, but it is not a promise. Allah Almighty has promised justice in the hereafter.

So be patient. The promise of God is true. Whether We show you some of what We have promised them, or take you to Us, to Us they will be returned. (40:77)

So We seized him, and his troops, and We threw them into the sea. Observe, therefore, what was the end of the oppressors. (28:40)

The punishment for tyranny is severe

Hellfire is waiting for the oppressors, longing to receive them.

And We made them leaders calling to the Fire. And on Resurrection Day, they will not be saved. (28:41)

And We pursued them in this world with a curse. And on Resurrection Day, they will be among the despised. (28:42)

All This. But the transgressors will have a miserable return. (38:55)

How should we respond?

We may not be able to stop dictatorship, but we have to condemn it wherever it rears its ugly head.

In the meantime, we also must protect the weak, the vulnerable, and the oppressed. Our hearts are with those under attack, no matter what race or religion or ethnicity. In Ukraine, there is a region called Crimea, Al Qirm in Arabic, which was Muslim since the 10th century.

Crimean Tatars are a Muslim ethnic minority indigenous to the Crimean Peninsula, on the northern coast of the Black Sea. In 1944, all 180,000 Crimean Tatars living in Crimea were forced onto cattle trains and exiled to Uzbekistan under the orders of Joseph Stalin.

It is estimated that about half the Crimean Tatars died either during the journey to Uzbekistan or from subsequent disease and starvation during their first two years in exile. Four countries, including Ukraine, have recognised this deportation as genocide.

When the Soviet Union collapsed in 1991, the peninsula became part of Ukraine, and the Crimean Tatars were able to return to their homeland.

There is a Muslim link in Ukraine, but regardless of this link, we feel the suffering of every human being everywhere. We keep our brothers and sisters in our prayers, may Allah grant them peace and protect them from the tyrants. We ask Allah Almighty to help us to always to side with the truth and defend those who are oppressed everywhere. Ameen.

What makes a good leader?

What does love have to do with leadership

Leadership is an amanah. Don’t mix self interest with public interest

Why do we have to obey leaders and scholars

Vile leaders before the Day of Judgement

Muhammad ﷺ the Maker of a Civilsation