What does love have to do with leadership? 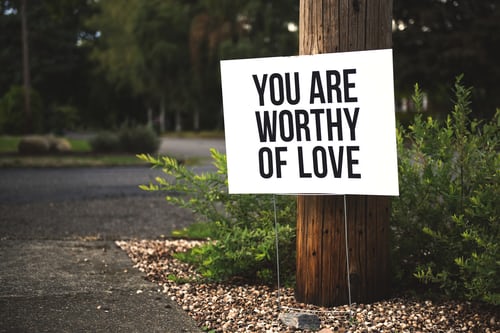 The best and the worst leaders

In a beautiful hadith, narrated by ‘Auf b. Malik, who embraced Islam after the Treaty of Hudabiya, the Prophet (peace be on him) taught us who are the best leaders and the worst leaders. He said that the best leaders are the ones you love and who love you.

As the Messenger of Allah (peace be on him) said:

The NEW definition of a good leader

This may seem simple at the surface, but it is a much deeper reflection. If you look at it in the context of the time in which it was revealed, this was not anyone’s definition of a good leader! It was not their idea of good leadership. In that time and in that environment, the best leaders were brash, loud and violent, otherwise they were considered weak leaders. This is a misconception and misunderstanding of the role of leadership.

Why is love an indication of good leadership

The Prophet (peace be on him) is teaching us that the indicator of a good leader is how much he is loved by his people. Why?

When a leader loved his subjects, employees, team, or followers or family, it means he is fulfilling his role properly. It indicates that he or she is fair and just, treat people with respect and love, listen to them, and good advice. They are aware of what their people are experiencing and they respond to their needs.

Dealing justly with your people elicits their respect and love

If you give people their rights, in return they show respect and obedience to you. They too give you advice and follow your instructions. When your instructions are not right, part of their duty to you is to advise you on how to improve.

It is important for a good leader to listen, not to block your feedback. He should not say you have no right to speak or to ask you to review something. This is the mark of an arrogant leader and he will be a failure.

Love is not weakness

A true leader has a good character. Though leadership is not usually judged by love and love is not considered a part of leadership, a true leader brings the element of love into the equation.

Some people might think love is a weakness, yet the Prophet (peace be on him) is telling us the best of our leaders are those whom we love.

This love is genuine. It is not the façade that we see at election time, when we see ministers suddenly holding babies, it is not a show to woo your votes on election day and then instantly disappears along with the minister who returns to business as usual and does not fulfil his function or promises.

Rather a good leader has good manners, he shows tolerance and understanding, and he has respect for his people. He delivers justice and fairness and equality. This is the good leader. And people love such leaders from their hearts. They are not toadying to them.

When a leader is observant of his people’s rights, his own rights, and Allah’s rights, then Allah creates love in people’s heart for him.

As Allah Almighty said in the famous hadith qudsi:

My servant continues to draw near to Me with supererogatory works so that I shall love him. (Bukhari)

The best leaders have concern for people’s wellbeing, their fears and anxieties. They give people comfort in situations of difficulty and hardship. They help them out during times of atrocity and calamity. They are close to people they are not isolated from people in ivory towers. They. They are from the people and with the people and deeply concerned for them.

People love to see their leaders among them. We have seen many good examples during our recent tests. In different countries, good leaders get out and respond to their people’s needs. They supplicate for the ease and shifa of their people and in return people make heartfelt duas for their good leaders and ask Allah to help them deliver more justice and protect them from evil.

The worst leaders are those who hate their people. They are in their position for the prestige and their own self-interest and business. In reality they don’t care about their people. And people feel this. They despise their leader and they make dua against them because of their evil.

The leaders are goaded by the fact that people do not do what they say, but if they treated them better, they would have listened. Instead their arrogance has put them off and they want to get rid of you.

The example of the Prophet (peace be on him)

‘Abdullah bin ‘Amr bin Al-‘as (may Allah be pleased with him) reported:

Allah’s Messenger (peace be on him) neither talked in an insulting manner nor did he ever speak evil intentionally. He used to say, “The most beloved to me amongst you is the one who has the best character and manners.” (Bukhari and Muslim)

We see from this that the best among us those who have the best character. The definition of good character by Hasan al Basri was to deliver goodness, refrain from evil and to have a smiling face.

This was the prophetic character as Anas (may Allah be pleased with him) described him. Qadi Iyad described good character is mixing with people with cheerfulness and becoming close to them by doing good, having compassion, being tolerant of their harshness from time to time as well as having hilm (forbearance) and sabr and not being arrogant, harsh, angry or blaming others.

Your aim of any leader should not be to be loved, but when they do the right thing, it is inevitable that they will be loved. Doing the right thing automatically opens people’s hearts. If you have good character, people love you. And if you have the opposite, they hate you.

We ask Allah to make us from among those whom he loves, who deliver Allah’s rights and other opens rights. Ameen