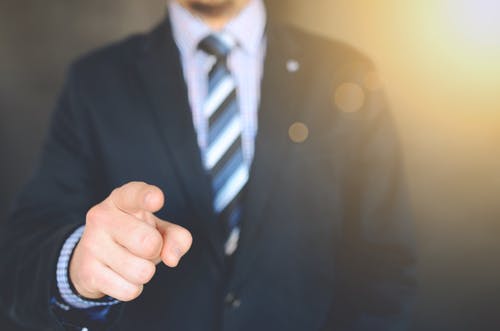 The limits of leadership

There are plenty of verses in the Quran about leadership and the importance of the leader in the community.

At the same time, we also have plenty of narrations in the sunnah which define the responsibilities and boundaries of leaders.

Leadership is not a blank cheque to do what you want

In the hadith, A’isha reported that the Prophet (peace be on him) said:

When we read this hadith, and there are many like it, we see that power comes with limits, any one in a position of responsibility, whether they are a father or mother, boss, head teacher, prime minister or king, has authority over others and the opportunity to use the power for good or evil. They can use their power to oppress, manipulate and bully others into doing what they want. They can overstep the limits of their position.

No wonder among the verses of Surat al Alaq, which was the first surah to be revealed, Allah Almighty said:

In fact, the human being oversteps all bounds.

When he considers himself self-sufficient. But to your Lord is the return. (96:6-8)

Humans are susceptible to using power, money, authority or status to adverse effect, as tools of control. However leadership is not a licence to coerce others.

There are two types of leader in general – strong and weak. To many people’s mind, the strong leader is the one who is domineering, dictatorial and autocratic.

He forces others to get what he wants through a mixture of threats and aggression. He penalises those who don’t follow his commands.

Ironically, this is a weak leader not a strong leader. He might think he is asserting his authority but in fact, he is weak. He leaves his staff or team or subordinates disenfranchised, disengaged and disillusioned or worse victimised and harassed.

Much research has been done on leadership styles by businesses and psychologists. Their findings support the Quran’s evaluation of good and bad leadership. Autocratic styles of leadership, typified by Firaun and other tyrants, where the leader make decisions without the input or consent of his subjects, may achieve their aims in the short term, but end in failure.

By contrast, the strong leader is the one who is kind and gentle. Leadership should not be characterised by oppressiveness, tyranny and bullying. It is not about showing your might, rather the best leaders listen to others and can admit their mistakes. They have real conversations with others. Their leadership is not based on ‘My way or the high way!’

The best leader is the Prophet (peace be on him). The Quran highlighted the quality of his gentleness as being effective in winning people’s hearts and minds and bringing positive change. This would not have been achieved by heavy-handedness:

Only through the Divine Mercy have you (Muhammad) been able to deal with your followers so gently. If you had been stern and hard-hearted, they would all have deserted you a long time ago. (3:159)

Thus we see that the Prophet (peace be on him) with all his gentleness was in fact the strongest leader.

Good leadership achieves progress and success for the individuals and the organisation. Great leadership inspires, motivates and enables its team to grow and develop. They feel motivated and are productive and successful.

The best leaders are visionary, but rather than dictating to their team, they communicate effectively, gain trust, nurture growth and build on the strengths of their team.

When a mouse turns into a lion

I have come across many people who used to be humble until they came to power, and overnight they transformed into unrecognisable leaders, shouting and arrogant. What was on the chair they sat on? Poison or magic?

Don’t let power unleash the evil in you. If you have power, it comes with responsibility and accountability.

The Prophet (peace be on him) made a dua for gentle leaders. He asked Allah to be gentle to them in return. And conversely, he asked to be harsh to those who are harsh to their subjects.

Ultimately, no one will get away with behaving badly, being oppressive or harsh towards other. Allah Almighty will hold everyone to account and question each person about every single action and distress they causes. Had the leaders known they would meet Allah Almighty, they would have acted differently.

Let’s be strong leaders. Let’s show gentleness towards others. May Allah enable us to be among those people and be fair and just leaders and not leaders who deliver injustice.