When can I shorten and combine prayers while travelling? 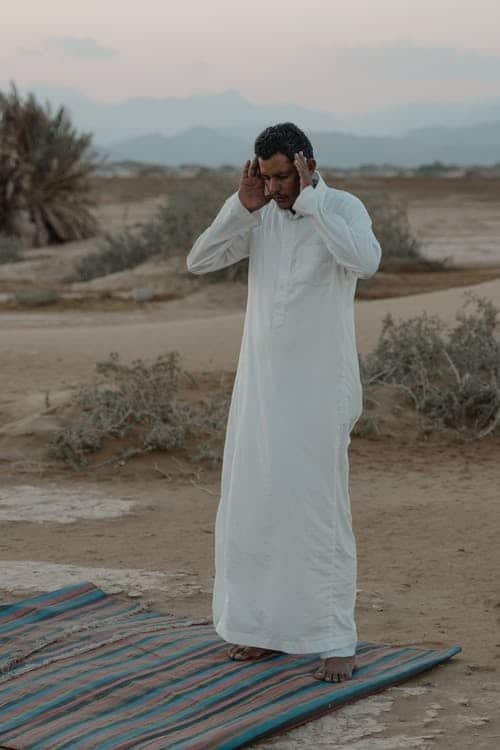 Scholars take the view that when you travel the distance of approximately 55-60 miles you are considered a mussafir – a traveller.

Though there is a variation of opinion on the distance, a minority of scholars say that once you leave the boundary of your local area, you become a traveller, but the majority view and the mainstream opinion according to the Shafi’ and Hanafi school, is that travelling by any means a distance of 50 miles by any means is considered ‘travel‘.

A traveller may shorten 4 rakah prayers to 2 rakahs (dhur, asr and isha).

Should travellers pray the sunnah and nawafil?

Can you combine prayers?

As per the Shafi school, if you are travelling or you will be unable to perform your salah in its prescribed time, you can combine dhur and asr, during the time of dhur or asr, and pray maghrib and isha during the time of maghrib or isha.

If you are not travelling, can you combine prayers?

There are instances when though you are not travelling, due to your circumstances, you will be unable to perform a prayer in its correct time. Should you miss the salah and pray it later? Or combine it?

If you have an important reason, for instance, you work in an operating theatre, and you will not be able to pray on time, (not, for instance, because you are going shopping or to the hairdressers) then it is preferable to combine your prayers, than to miss them, or make them up later.

Do you need to make up a prayer which you combined?

No. Once it has been prayed, you do not need to repeat it.

Can you shorten your prayer if you did not travel more than 50 miles but it took over an hour?

No. The prayer is shortened due to the distance travelled, not the length of time it takes.

How long can you continue to shorten your salah if you are away from home?

You can only pray a shortened, traveller’s prayer (qasr) when you are legally considered to be a traveller.

In the Hanafi school you are are a traveller when you intend to reside in a particular city, beyond the travel distance, for less than fifteen complete days. Otherwise, you must pray a complete prayer as the dispensation does not apply to residents.

If you have the intention to stay away from your home for less than 15 days, according to the Hanafi school of thought you shorten your salah, but if you intend to stay more than 15 days, you pray the full salah, i.e 4 rak’ahs from day one.

According to the Maliki and Shafi’i school and one Hanbali opinion, you shorten your salah if you have not reached the place you will be staying, and when you arrive if you will not be staying at that destination for four days or more, (excluding the day you arrive and the day you leave.

How do you make up a missed prayer if you were a traveller?

What if I miss a Prayer?

If a prayer is missed, it should be made up as it was due. Thus, if you were a traveller at the time, you need to make it up shortened, but if you were considered to be a resident, you would make it up completely.

However, you should take all reasonable means to ensure that you can pray your prayers on time.

It is better to pray a salah during its dedicated time.

It is preferred to pray on time. Allah Almighty said in Surat an Nisa:

Indeed, prayer has been decreed upon the believers at specified times. (4:103)

When the Prophet (peace be on him) was asked about the best deed he said to pray on time. It is an obligation. Abdullah ibn Mas’ud reported:

I said, “O Messenger of Allah, which deeds are best?”

The Messenger of Allah (peace be upon him) said:

Praying on time shows your sincerity, your commitment, and your connection with Allah Almighty. The person who is negligent of praying on time is showing a lack of commitment, obedience and respect. This is not how a believer should be.

Do you have to make up a missed salah?

What is the wisdom behind doing 7 tawaf?

Fasting outside Ramadan. Can you fast on a Friday alone?