Do you have to make up missed salah (qadha salah)? 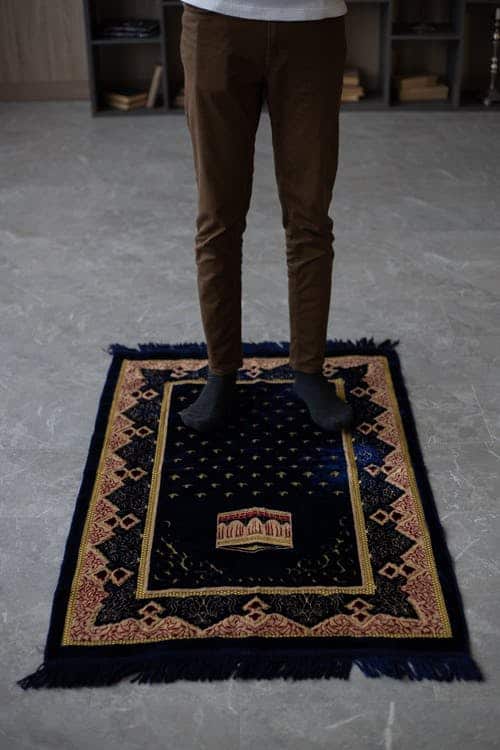 The obligation of salah

Praying at the specified time is obligatory for all sane Muslims over the age of puberty.

Verily, As Salaah (the prayer) is enjoined on the believers at fixed hours. (Surah Nisa’ 4:103)

Allah allocated specific times for acts of worship for reasons that are known to Him. We know some of them, but some of them are hidden from us.

Salah is the first matter that a person will be asked about on the Day of Judgement. Therefore it is necessary to prioritise in one’s day and in one’s life. As the second pillar of Islam, mentioned repeatedly in the Quran, it is imperative for our dunya and akhirah that we ensure that we are not remiss in this worship in any way.

It is not a commanded because Allah needs it from us, but commanded for our benefit and its benefits are manifold in dunya and akhirah.

Ultimately, we do not want to be standing in front of Allah on the Day of Judgement with years of missed prayers that have not been made up.

Deliberately missing a salah is a sin. To miss the prayer with no excuse, but neglecting it out of laziness and carelessness is a major sin according to the consensus of scholars.

What should you do if you miss your salah?

Prayers that you missed because of oversleeping, according to the consensus of the scholars, should be made up.

According to the majority opinion, it is better to repay a missed fard salah than pray nawafil.

You should make up for prayers according to your ability in a way that does not physically harm you or affect your livelihood.

Imam Nawawi stated in his al Majmu, ‘There is consensus of the scholars whose opinion counts, is that whoever leaves a prayer intentionally must make it up.’

Anas ibn Malik (may Allah be pleased with him) narrated that the Messenger of Allah (peace be upon him) said:

Whoever forgets to pray a salah, it is obligatory upon him/her that he/she pray that salah when he remembers. There is no other way that this can be made up.” (Bukhari and Muslim)

On another occasion, the Messenger of Allah (peace be upon him) said:

Whenever one of you misses a Salaah due to sleeping or due to negligence, it is obligatory upon him/her that he/she pray the salah when he remembers it because Allah has mentioned, “Perform salah when you remember Me. (Muslim)

If one has to make up a missed prayer due to forgetfulness, then by extension, one is obliged make up a prayer missed through neglect.

How to make up missed prayers?

When making intention for missed prayers (qadha salat), make your intention for the specific salah you missed. For instance, “I am performing such and such day’s Fajr salah (for example)” Then try to make up the salah as soon as possible.

What should I do if I miss Fajr?

Firstly it is not right to miss Fajr habitually. You can set alarms just as you would if you had a meeting or flight to catch. If you miss the Fajr salah, you should  pray the 2 rakahs sunnah and 2 rakahs fard before Dhur. However, if the sun is rising, wait 10 minutes and pray it then.

Abu Qatadah related that sleeping through the prayer time was mentioned to the Prophet (peace be on him), and he said:

There is no negligence in sleep, but negligence occurs while one is awake. If one of you forgets a prayer or sleeps through its time, then he should pray it when he remembers it. (Nasa’i and Tirmidhi)

What should I do if I have years of missed prayers to make up?

1. Make the intention: Firstly no matter how huge the number of salah you have to make up, make the intention to pray your missed prayers (qadha salat). If you do not remember the exact number of prayers (salahs) you missed then the intention should be: “Oh Allah! From those prayers (salahs) I have missed, I am performing the first Fajr Salah (for example).” 2. Do the calculation: Make a calculation of how many salah you have missed. Go back to the time salah became obligatory for you – puberty. This may seem daunting if there are years of missed salah, but once you have made the intention, when you start taking the steps to rectify this, Allah Almighty will support you. Multiply the days from puberty to present time. If you are a woman remember to deduct the days that you were menstruating, as salah was not due.

If it is a considerable amount, it will be difficult to pray them all, you can perform a missed prayer (qadha salat) with every prayer. For example, after performing the Asr, perform an additional Asr qadha. You are permitted to perform this at Asr time as it is not a nawafil prayer, but a missed Fard.

If it is difficult due to time constraints to perform a missed salah with every salah, make time in the day to perform the 5 missed salahs for that day, or whatever you can manage.

3. Keep a written record. Keep a note of how many salahs you have made up as this will keep you motivated. Mark off the salah as you complete them.

4. Use holidays. There will be times when you have more time to pray, and at those times, you can aim to perform more qadha salah. For instance, at tahajjud you could pray extra qadha or on blessed days, such as the Day of Arafah, if you have made for extra ibadah, you can pray qadha instead of nawafil salah.

5. Do not lose hope. Once you have made the intention, no matter how many years it might take, or if you fall behind, do not give up.

Remember that you can slot the salah into your day any time it is convenient, as long as it is not during a forbidden time (when the sun is at its zenith, sunset and sunrise). You can however pray these between Asr and Maghrib.

Make-ups can feel heavy and challenging, so make sure you are realistic and sensible in what you are able to do, finding the balance between pushing yourself to make them up and not burning out.

Should you shorten missed travel prayers?

Do you have to make up a missed prayer during the same prayer time?

No. It is not necessary to perform each qadha prayer in the time of its equivalent current prayer. You do not have to perform missed Fajr salah, at Fajr time and Dhur and Dhur.

You are allowed to make up the prayers at any time during the night or day, except at three times – when the sun is at its zenith, sunset and sunrise). In those times is impermissible hence they will be considered invalid.

Can you replace tarawih with qadha salah?

Tarawih is a nawafil (voluntary) salah. According to the Shafi’i school you can pray qadha behind the imam.

Do you have to make up missed sunnah prayers?

You cannot pray missed sunnah salah after their time. The only exception to that is the Fajr prayer, as this is the only sunnah prayer the Prophet (peace be on him) performed outside its time, on the same day.

However, it is good to perform an equivalent number of (nawafil) voluntary rakats of prayer for the sunnahs you missed, to compensate for lost reward and in order not to get used to breaking one’s spiritual routines. A’isha (may Allah be pleased with her) said that if the Prophet (peace be upon him) missed something of his routine (wird) of night worship, he would make it up after sunrise. This was also the counsel of ‘Umar (Allah be pleased with him) on the matter. (Nasa’i)

Can you pray qadha salah instead of sunnah salah?

In general you should not neglect the sunnah, however if you have too many salah to repay then  it is a priority to pray the qadha.

Do you have to make up missed witr?

The Hanafi school say it is wajib (obligatory) to make up missed witr salah, but other schools regard it as sunnah so you do not have to make it up.

If you are old and cannot make up the huge number of missed salah what should I do?

If you are new to Islam do you have to make up missed salah when you were not Muslim?

You do not have to make up salah for the period you were not Muslim, but you should ensure that your salah from the time you become Muslim is complete by making up any missed Fard salah.

According to the Hanbali school of thought as Allah Almighty allocated a specific time for each obligatory prayer, with a beginning and end time, it is not considered valid to pray outside this time.

The position is that one should repent and regret it, and resolve not to do that again. In addition, one should do a lot of good deeds and offer a lot of voluntary prayers.

Do not make it a habit to miss your salah

You should not intentionally miss any salah. It is sinful. Shaykh Haytham Tamim Related post Can you combine salah? Can you shorten and combine salah while travelling?