Dhul Qarnayn and the qualities of the ideal leader 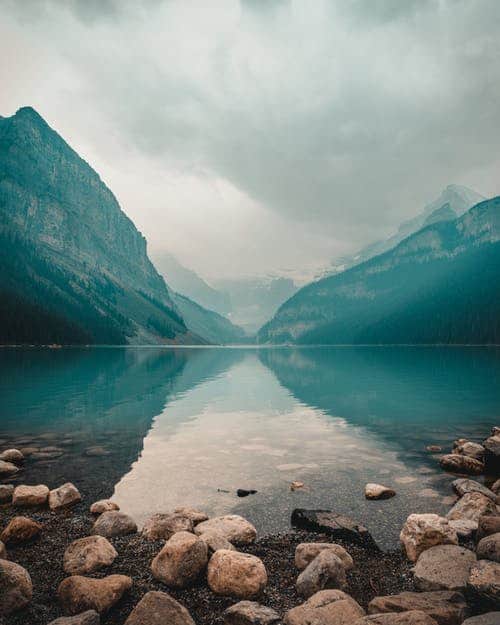 In Surat al Kahf Allah mentioned four stories and one of them is the story of Dhul Qarnayn.

Why does Allah Almighty tell us about Dhul Qarnayn?

The story of Dhul Qarnayn appears in Surat al Kahf and is an answer to one of the three questions posed by Quraysh to the Prophet (peace be on him) to challenge whether he was truly the Messenger of God or not.

They had sent a delegation from Makkah to Yathrib to ask the Jewish Rabbis to give them some questions which would throw him, and thereby disprove that he was a prophet. These questions were what is the nature of the soul, which Allah Almighty answered in Surat al Isra. They asked him about the People of the Cave, which forms the first story of Surat al Kahf, from which it takes its name. The last question was the story of the ruler who used to travel on great expeditions. The revelation came with information about Dhul Qarnyan, who was a great leader, which Allah outlined in 14 verses in the Quran.

Dhul Qarnayn means in Arabic: the one with two horns.

There are various conjectures among scholars of Tafsir about who he was, and some have suggested that he was Alexander the Great (died 323BC) who used to wear helmet with two horns, originated in Macedonia, was tutored by Aristotle and went on to conquer the eastern Mediterranean, Egypt, the Middle East, and parts of Asia in a remarkably short period of time. However this cannot be correct as Dhul Qarnayn was a righteous believer, who worshipped Allah, and a just ruler whereas Alexander was a pagan and could not be described as just.

The scholar, Tahir bin Ashur surmised that the meaning of Dhul Qarnayn is not necessarily two horns, but in Arabic it’s two plaits. and this was common in the kings of China, besides and he built a great dam, and this was in China due the fact that Dhul Qarnayn means the one with the two plaits (qarn) and so he connected this with the Chinese and he said this should be a king from China, religious and just. He was alive year 247 BC. However this is a unique opinion, which no one else has held, so we can also park this to one side.

In reality we do not know the identity of Dhul Qarnayn, except he was a great conqueror whose conquests might have spread from the east to the west and the north or to the south.

The attributes of a great leader

What makes Dhul Qarnayn an ideal leader? Foremost he was a person of strong faith and devotion. He is a just ruler who is very connected to the people. He understands the reality and shows perseverance and loyalty, as well as being a good communicator and truthful. Sadly it has become commonplace for our modern leaders to be serial liars, but this is not the way of the Quranic leader.

In the first few ayahs, Allah establishes that Dhul Qarnayn is powerful and just.

We granted him power in the land and endowed him with all kinds of resources. (18:84)

Having established that Dhul Qarnayn was tremendously powerful, a quality that is often associated with corruption, Allah Almighty shows us that he is just.

until when he reached the very limits where the sun sets, he saw it setting in dark turbid waters; and nearby he met a people. We said: “O Dhu al-Qarnayn, you have the power to punish or to treat them with kindness.” (18:86)

These people were utterly at his mercy, and he has the option either to behave unjustly towards them or to treat them generously. He chooses to treat them fairly. He is strict with criminals and gentle towards the good:

But as for him who believes and acts righteously, his will be a goodly reward and we shall enjoin upon him only mild commands.” (18:88)

Dealing with challenges and corruption

Out of his many expeditions and feats, Allah Almighty chooses to highlight the magnificent way in which he deals with the Yajuj (Gog) and Majuj (Magog). Dhul Qarnayn, on one expedition, reached a faraway land, where people were suffering from the evil being spread by the Yajuj and Majuj . They offer to pay him to save them, but rather than take payment, he collaborates with them to build a wall of iron to block them.

They said: “O Dhu al-Qarnayn, Gog and Magog are spreading corruption in this land. So shall we pay you taxes on the understanding that you will set up a barrier between us and them?” (18:94)

He answered: “Whatever my Lord has granted me is good enough. But help me with your labour and I will erect a rampart between you and them. (18:95)

Bring me ingots of iron.” Then after he had filled up the space between the two mountain-sides, he said: “(Light a fire) and ply bellows.” When he had made it (red like) fire, he said: “Bring me molten copper which I may pour on it.” (18:96)

Such was the rampart that Gog and Magog could not scale, nor could they pierce it. (18:97)

Ultimately Dhul Qarnayn succeeds in saving them, and erecting the barrier and thanks Allah for His support.

Dhu al-Qarnayn said: “This is a mercy from my Lord: but when the time of my Lord’s promise shall come, He will level the rampart with the ground. My Lord’s promise always comes true.” (18:98)

The 33 qualities in the story of Dhul Qarnayn

When I looked closely at these 14 verses I identified 33 attributes which Dhul Qarnayn make inspirational.

What is the lesson for us in the story of Dhul Qarnayn?

We are all responsible in our lives in various capacities and hold positions of authority. We are accountable to Allah for how we fulfil the trust He placed in us. Anas (may Allah be pleased with him) narrated that the Prophet ﷺ said:

‘Indeed Allah will question everyone who is responsible about his charge: has he fulfilled the Amanah or lost it. (Nasa’i and Ibn Hibban)

Ibn ‘Umar (may Allah be pleased with them) reported:

We ask Allah to make us Quranic leaders in our households and communities. Ameen

What makes a good leader

When scholars and leaders fail

The greatness of Muhammad (peace be on him)

Learn optimism from the Prophet (peace be on him)