Why is the Day of Arafah the most important day of the year? 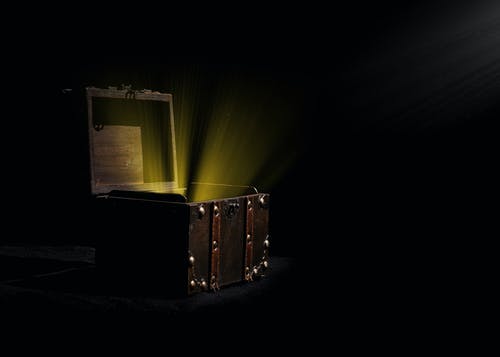 The Day of Arafah is the most important day of the year.

1.      The completion of the revelation

The very last ayah which was revealed is:

This day I have perfected for you your religion and completed My favour upon you and have approved for you Islam as religion. (5:3)

“Ibn Abbas recited: (This day, I have perfected your religion for you, completed My favour upon you, and have chosen for you Islam as your religion) (5:3). And a Jew was with him who said: ‘If this ayah was revealed to us then we would have taken that day as a day of celebration.’ So Ibn ‘Abbas said: ‘Indeed it was revealed on two ‘Eids: On Friday, and on the Day of ‘Arafah.'” (Tirmidhi)

Umar replied, ‘By Allah! I know when and where this verse was revealed to Allah’s Messenger. It was the evening on the Day of Arafah on a Friday.’

We see from this narration, that the Prophet (peace be on him) was in Arafah when this very last ayah was revealed. What a great honour it is for us to recall this memory and acknowledge the favour of Allah, who completed His revelation to us on this day, and chose to send us Muhammad, His beloved prophet (peace be on him) as a mercy to us.

Scholars, because of this ayah, also call the Day of Arafah, Yaumat Tamam – the Day of Completion. We celebrate the completion and perfection of the religion and favours of Allah on this blessed day.

One of the is that Allah Almighty forgives us beyond our expectations and imagination and frees a huge number of people from hell fire. Inshallah we will all be included in His forgiveness and mercy.

‘A’isha reported Allah’s Messenger (peace be on him) as saying:

“There is no day when Allah sets free more servants from hell than the day of Arafah. He draws near, then praises them (literally, ‘boasts of them.’) to the angels saying, ‘What do these want?”’(Sahih Muslim)

Allah boasts to His angels about His servants seeking His forgiveness. Inshallah He is boasting about us. In another narration, Allah says:

‘O My angels, bear witness, I have forgiven them.’

In another narration, some angels point out certain people who are sinners among them, but Allah Almighty says ‘I have forgiven them all.’ Without doubt there are sinners among us but inshallah we will all be included in Allah’s mercy.

Abu Qatadah Al-Ansari (may Allah be pleased with him) narrated that the Messenger of Allah (peace be on him) was asked about fasting on the day of Arafah. He replied:

Fasting on the day of Arafah is an expiation for the preceding year and the following year. (Sahih Muslim)

Another significance of this day is the fact it lies in the ten blessed days of Dhul Hijjah, which is one of the four sacred months (al ashhur al hurum).

It is also during the days of Hajj, referred to in the Quran as the ‘specified months’, (ayyamin ma’lumat), which are Shawwal, Dhul Qa’dah and the ten days of Dhul Hijjah. Therefore it is belongs to both a sacred month and the days of Hajj.

Of the days of Hajj, the Prophet (peace be on him) said:

Ibn Hajar al Asqalani, the scholar, noted that a special feature of this day, is that Allah Almighty descends to the heavens. Usually when we read such statements, we do not attribute any similarity of Allah’s creation to Allah, so we understand that though He descends this bears no resemblance to movement as we understand it. Rather it is His extra mercy and forgiveness which descend.

This is something we usually associate with Allah’s descent from the heavens to sky during the last third of every night, which we know from the famous hadith reported by Abu Hurairah that the Messenger of Allah (peace be on him) said:

‘Our Lord descends to the lowest heaven in the last third of every night, and he says: Who is calling upon me that I may answer him? Who is asking from me that I may give him? Who is seeking my forgiveness that I may forgive him?’ (Bukhari and Muslim)

There is no other hadith which mentions this descent of extra mercy during the day.

All other narrations relate to the night.

At this time, Allah is so pleased that He boasts to His angels that His servants have arrived from all over the world, dusty and tired to seek His forgiveness, mercy and blessings.

Ibn Hajar also commented that this day, it is possible to perform all major acts of worship (ibadah) in one go – salah, fasting (siyam), charity (sadaqa) and Hajj which is not possible on any other day but this day. No other day can contain all of these at the same time.

This day is very special and Allah Almighty gives extra mercy, forgiveness and reward for those who are seeking it. It is an opportunity to ask Allah for everything you are hoping for. To increase your supplications and beg for whatever you want. Allah Almighty facilitates our connection with Him.

7. The significance of the barren landscape and lack of rituals

Most rituals of Hajj are connected to activity – for instance doing tawaf around Ka’bah, moving between Safa and Marwah during sa’ee. However, when you come to Arafat you are not required to perform any ritual as such. No tawaf. No sa’ee. No stoning. There is nothing there. It is bare. Just soil and sky and some small mountains, barely any trees. Just your tent and nothing else. And here you spend the whole day, soon after sun rises til sunset. What are we supposed to do? It is purely a time of reflection, prayer and supplication.

I reflected on this many times during various Hajj trips. It seems to me that Allah wants us to think about nothing but Him. Not even the Ka’bah. There are no distractions and barriers between us and Him. This is deep and difficult. But we can train our self – our mind and heart to focus on supplication.

This is the core of all the ibadah we do, we require khushoo (tranquility and submissiveness), whether it is during Hajj or salah. Imam Awzai considers khushoo a pillar of salah and that if you lack khushoo your salah is not valid. However we do follow this as by this criteria barely any of our salah would be valid.

We are not able to do this. Worldly distractions usually get in the way. For instance, I remember a particular Hajj trip, when I suddenly heard shouting coming from a neighbouring tent. A fight had broken out among some hajjis and the organisers of their trip because they had paid for 5 star trip and food but they had not received it on Arafah Day. I was appalled. Even if they were 100% right, and the organisers were 100% wrong, this was not the day you argue. This is ghaflah. They were thinking about the food and the money they paid. If you have 10 star food but Allah does not accept your Hajj what will you do? Though there are many rituals in Hajj, the most significant part of it, the core of it, is Arafah.

When you talk about Arafah, it is the treasures of Allah being opened and offered to help ourselves. His treasure are there for us to take whatever we want. Imagine if a rich person said I will open my safe filled with gold and silver for ten minutes, ‘Help yourself. You can have anything you want’. Similarly Allah Almighty has given us ten days and offered us whatever we want. How generous He is!

9. The day with two nights

There is another unique feature which is that Arafah Day is day with two nights. As per the Islamic concept of time, the next day begins at maghrib. So Sunday evening we say is the eve of Monday. Tuesday evening is the eve of Wednesday. Except on the Day of Arafah. It is preceded by evening before it, but when it is maghrib of the Day of Arafah it does not become the eve of Eid al Adha, but it is the second evening of Arafah, as extended it beyond 24 hours. He gave us 12 hours extra. How so? Because Allah said that Whoever catches Arafah before Fajr, his Hajj is accepted. If any hajji failed to reach Arafat before maghrib, but arrived before Fajr his Hajj would still be valid. This is like a riddle. Which day has two nights? Arafah Day. And which day has no night? Eid al Adha, because it begins at Fajr and ends at maghrib.

This fills our heart with pleasure that Allah Almighty extend our time to ask for more favours and blessings and mercy. Who else can give this except Allah? He bestows these favours.

Make the most of the Day of Arafah

It is a special occasion when Allah Almighty offers His visitors gifts. These are large or small depending on your sincerity. It is up to you. Ask Him with sincerity.

When you supplicate, supplicate Allah with certainty in your heart that He will respond to you.

Abu Hurairah reported that the Messenger of Allah (peace be upon him) said:

Call upon Allah with certainty that he will answer you. Know that Allah will not answer the supplication of a heart that is negligent and distracted. (Tirmidhi)

Ibn Abbas (may Allah be pleased with him) narrated that the Prophet (peace be upon him) said:

“On Arafah day, whoever controls his hearing, his sight and his tongue will be forgiven”. (Musnad Ahmad)

If you doubt His ability to answer your dua, He will not respond to you. Say ‘Ya Allah forgive me, have mercy on me.’

As the last ayah ‘This day have I perfected for you your religion’ was revealed on a Friday, people often think that if the Day of Arafah falls on a Friday, it will be ‘Great Hajj’ but this is a misconception. Every Hajj is ‘great’, regardless which day it falls, as compared to Umrah which is considered a minor Hajj (Hajj al Asghar).

There is no authenticity that Adam was reunited with Hawwa on the mountain of Arafat. (The place is known is Arafat and the day is known as the Day of Arafah.)

Why you should fast on the Day of Arafah

Is it permissible to cut your nails and hair in the first ten days of Dhul Hijjah?

All you want to know about Qurbani