Why can’t we deny the Sunnah 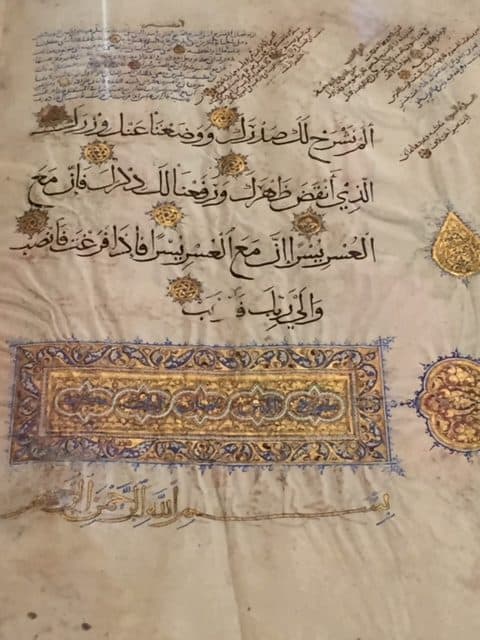 And whatever the Messenger has given you take it, and whatever he has forbidden for you refrain from it. Fear Allah. Indeed Allah is severe in His punishment . (59:7)

We have revealed the message to you in order to clarify for them what has been revealed. That they may reflect upon it. (16:44)

It is trendy today to dismiss the Sunnah, and the entire body of hadith which has been passed down to us through the ages as unreliable and irrelevant. To divorce it from the Qur’an. However the Sunnah is an integral part of Islam. It is not just relevant, it is the basis from which we understand how to live in accordance with the Qur’an.

Attacks on the Sunnah

These days unfortunately we have severe attacks on the Sunnah of the Prophet (peace be on him). This is not new, but every now and then, people pop up here and there and in parrot fashion repeat what they have been taught. However it is very dangerous to attack the Sunnah. Those who deny the Sunnah, because they feel it is full of doubtful elements and insist they will only follow the Book of Allah are effectively denying two thirds or even more of the deen. And for the doubts, there are specialists in the sciences of the Sunnah who identified and warned against doubtful narration.

In the ayah, Allah Almighty says ‘whatever’ the Messenger (peace be on him) has given you, in other words not only the Qur’an. As narrated in the hadith by Sunan Abi Dawood, Tirmidhi, Musnad Imam Ahmed and others the Prophet (peace be on him) said:

I have been given the Qur’an and something like it.

Many scholars have also commented that Allah Almighty is referring to the Sunnah of the Prophet (peace be on him) when He says in the Qur’an:

The Sunnah was not written 300 years after the Prophet (peace be on him). This is complete ignorance.

The Sunnah was written in the Prophet’s (peace be on him) lifetime.

Once Abdullah ibn Amr asked, ‘Should I write everything I hear from you, Rasul Allah?’ And the Prophet (peace be on him) said:

‘Yes’. He pointed to his mouth and said, ‘Nothing comes out from my mouth but the truth’. (Bukhari)

Writing was widespread at that time, but not in the shape and form we see today in the books of the Sunnah. Hadith were not categorised into the Book of Siyyam, Book of Salah and the Book of Hajj. The companions simply wrote down everything they could, everything they heard – poems, hadith, linguistics.

The misconception that the Sunnah was not written down until 300 years later arose due to the fact that the official order of the compilation of the Sunnah occured at the end of the first century in the time of Omar ibn Abdul Aziz (may Allah be pleased with him). He ruled for two years and six months and passed away 101 AH. During the time he was Caliph, he commanded two of the most reliable scholars of the time to compile everything that had been written and to put it and classify in special books.

The first scholar was Abu Bakr Muhammad bin Hazim (124 AH) and Ibh Shihab Az Zhuri (who passed away 120 AH). They were responsible to collect everything that was scattered on different suhuf. This does not mean it was written in the second century Hijri. Not at all.

The History of the Sunnah

For those who are really interested in studying the compilation of Sunnah, there are plenty of excellent, heavy-weight books on the topic. For example:

This is just the surface of deep research on the topic.

We have to be very careful and educate ourselves and our children about the authority of the Sunnah.

The Prophet (peace be on him) Predicted this Denial

The Prophet (peace be on him) expected that some of people who came later would reject the Sunnah and say they would only stick to the Qur’an alone. Hence he said:

Verily, I have been given the Qur’an and something along with it, but the time is coming when a man will recline on his couch and hear my hadith and reject it and he will say this is a lie. But this is the Book of Allah. Whatever we find halal in it we accept it and whatever we find haram in it we consider haram. By Allah whatever the Messenger of Allah made haram is like what Allah has made haram. (Tirmidhi)

This confirms the authority of the Sunnah of the Prophet (peace be on him). He was expecting the denial of the Sunnah and those who reject the Sunnah might even chuck the Qur’an as well and live by their whims and desires, but they realise that this is unacceptable and against the religion itself, so they keep the link to Islam by the Book of Allah, but nothing else.

Why It Does Not make Sense to Reject the Sunnah

Whoever rejects the Sunnah is rejecting the Book of Allah as well.

It is clear that the Qur’an is the word of Allah Almighty and the Sunnah is its clarification from the Prophet (peace be on him).

Those who rely on the Qur’an alone should answer this:

How do you know to pray 4 rakahs for dhuhr?

How do you do arrive at 2.5% for zakat? Where is ayah in the Qur’an giving us these answers?

Yet, this denial is prevalent in the East as well as the West.

The Prophet (peace be on him) delivered the message and he was very keen to do it properly and completely. In his Farewell Sermon, he asked his companions on the Day of Arafah, when he was delivering his khutbah, towards the end of his speech:

The companions said, ‘We bear witness that you have delivered the message. Fulfilled the trust and advised the ummah to the right path.’ (Muslim)

So he was keen through his explanation, his sunnah and his character to explain the Qur’an. This is why Aisha (may Allah be pleased with her) as narrated in Tirmidhi and others, described his character kana khulqul Qur’an – he was the manifestation of the Qur’an. The Sunnah is complementary to the Qur’an.

We ask Allah Almighty to enable us to protect the Sunnah of the Prophet (peace be on him) to live by the Qur’an and Sunnah, educate ourselves, our children, our community and live by them and die by them.