Defending The Four Schools of Islam 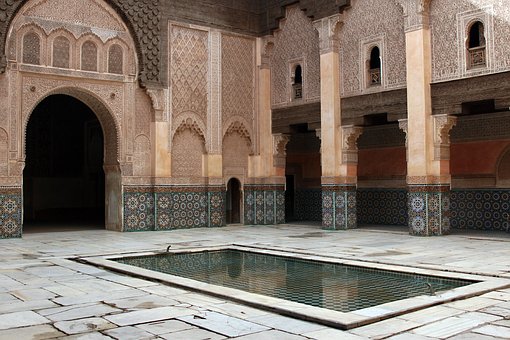 What is the place of the madhabs in Islam? Can we trust them? Do we have to follow them? Or can we just go back to Qur’an and Sunnah?

In this narration, the Prophet (peace be on him) is confirming that the best ummah is in the first three generations.

How Long is a Generation?

We have some discussion of the definition of generation – is it twenty to thirty years? The agreed opinion across the board is that each generation was 100 years per generation.

All the four imams were in the first three generations. The testimony of the Prophet (peace be on him) here is crucial and obvious. Allah Almighty created acceptance in the ummah for over 1200 years of these four schools.

Attacks Against The Four Imams

The attack on the four madhaib is not innocent.  No one says these four schools are ma’sum or infallible. They have some mistakes. However to say we don’t need these schools and that we should go back to the Qur’an and Sunnah is to say that these schools were created in a vacuum, without Qur’an and Sunnah. This is delusional. It is not at all true.

All four schools are heavily based on Qur’an and Sunnah. This is important point to understand.

What is the Distinction between Ma’sum (Infallible) and fallible?

Omar bin Abdul Aziz (may Allah be pleased with him) said:

I wouldn’t like it if the companions of Muhammad (peace be on him) were to agree on one opinion. Had it been the case it would have been very difficult for the ummah to follow one opinion. Every one of them is an imam and if you are to follow them, it is a Sunnah.

Differences are not bad – they enrich our life.  The more opinions we have (within the boundaries), the more ease we have.

The Prophet (peace be on him) was keen to teach the companions how to develop their own understanding of the Qur’an and his Sunnah. In the famous narration, before he sent Mu’adh ibn Jabal to Yemen as a governor, he tested his understanding:

When the Messenger of Allah (peace be on him) intended to send Mu’adh ibn Jabal to the Yemen, he asked: How will you judge when the occasion of deciding a case arises?

He asked: (What will you do) if you do not find any guidance in the Sunnah of the Messenger of Allah (peace be on him) and in Allah’s Book?

He replied: I shall do my best to form an opinion and I shall not fall short of that.

The Prophet (peace be on him) thus trained his companions how to deal with reality, how to comply with Qur’an and Sunnah and how to offer solutions to their issues.

The Origin of the Four School

Four schools of Fiqh developed from Abu Bakr, Omar, Uthman, Ali, Abdullah bin Masoud, Aisha, Zaid bin Thabit, ibn Abbas and Ibn Umar (may Allah be pleased with them). They all followed Qur’an and Sunnah and from them developed the schools.

There were schools in:

Abdullah bin Masoud (may Allah be pleased with him) – went to Iraq and from his school stemmed the school of Abu Hanifa.

Is it Incumbent to Follow these Schools or is it Optional?

There is discussion here. However it is important to understand that the whole ummah followed these schools for 1200 years. Only recently have we started hearing the calls that we need to go back to Qur’an and Sunnah.

To say we do not need these schools of thought is the same as saying we will dismiss all the work that has been done over the past centuries in pharmacy and go back to plants and start from scratch to deduce how to derive medicine!

We have an abundant heritage in our fiqh. It is not acceptable to say scrap it and go back to Qur’an and Sunnah.

Had they referred it back [the conflict] to the Prophet or those who had authority [i.e. scholars, those who were specialised in deriving rules] they would have comprehended it. (4:83)

It is clear from this that not everyone is able to do ijtihad. Even among the companions, there were those who could, but these were only a few.

There is an assumption, wrongly, that all the companions were scholars. In fact, the majority were lay people, who without doubt, had the honour of living with around the Prophet (peace be on him), and studying under him, but that did not make them scholars.

It is from the few scholars, that we have the chain of scholars who came after, including the four great imams (may Allah be pleased with them).

We cannot avoid differences of opinion, however those who want to dismiss the four schools and call for the ummah to be united behind Qur’an and Sunnah  are creating more divisions. Which opinion would people follow? Whose teacher will we follow? Instead of 4 schools, we would have 400,000 schools because every imam who calls for this has a different understanding. So we would fall into a trap.

Pride in our Heritage

It is not incumbent to follow one school of thought, but we should appreciate that this is our heritage. We should be proud of it and teach it to our children and students and understand the valuable lessons from it on how we can respond to our reality.

As the great Mujtahids are no longer around, we have collective ijtihad.

Today we have around 6 international councils of fiqh, in Makkah, Jeddah, Europe (Dublin), North America, Kuwait and Jordan responding to contemporary issues, such as in medicine, on social issues, and modern finance.

We are not yet responding to everything, as new questions arise every day, but we are almost there. Based on these schools and their rulings and principles, we are able to respond to the challenges of our times.

The Reasons behind the Differences

The background to the differences is historical and there are plenty of books on the topic.

One is a short booklet, by Imam Dahlewi, called Al Insaaf, and there is Abu Zahra’s History of the Islamic Schools.

There are at least 30-40 books on the reasons behind the differences.

The bottom line is that we can utilise differences in a good way. Not be nostalgic about our history and do nothing in our reality. These schools are crucial and we need to benefit from them and study them and try our best to learn from these schools. They all takes us back to Qur’an and Sunnah.

It is not true that they do not follow Qur’an and Sunnah though they may have mistakes here and there, which is due to their being a human effort and understanding. We ask Allah to help us appreciate what we have been given.

One of the main reasons is linguistic interpretations – where words have multiple meanings, the second reason is the authenticity of the text, the criteria by which the scholars decide whether a narration is authentic or not varies, and then we have variations in the understanding of the ayahs or the hadith. So we should celebrate differences not hate them. The general public should study a school or follow the opinion of a mufti who is trusted, knowledgeable and authentic.

We ask that Allah Almighty to always keep us on the straight path and enable us to follow Qur’an and Sunnah and benefit from our heritage.