Truth is a Choice. Not Choosing Truth has Immediate Consequences 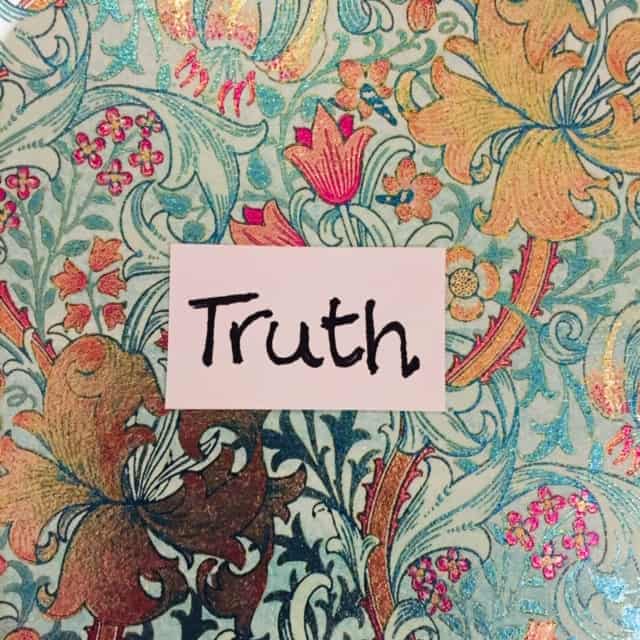 Say, ‘Indeed, my Lord has guided me to a straight path – a religion of values – the way of Abraham, inclining toward truth. And he was not among those who associated others with Allah. (6:161)

Truth is top of the List of Islamic Values

The Qur’an and sunnah put truthfulness at the very top of the list.

In different surahs and hadith, we see the value of truthfulness recurring due to its importance.

We need to consider our values again as humans let alone as Muslims.

Truthfulness is Prescribed for All

Islam is a religion of values. These values are not exclusive to Muslims but were prescribed to all humanity, as Allah Almighty revealed His Revelation for the benefit of all people not just Muslims.

Truthfulness is the foundation of personal and communal success. Its antithesis – lies and corruption lead to the harm and destruction.

A Man of Trust – the Prophet (peace be on him)

Before the revelation came down, the Prophet (peace be on him) was well known as as saddiq al amin – the truthful and the trust worthy. He was respected for honesty and integrity. These are basic qualities of any decent person or any decent leader.

Your Worth is Based on your Integrity

Your worth is measured by how truthful you are.

Truthfulness Reflects in Your Face

When the Prophet (peace be on him) arrived in Madinah for the first time, Abdullah bin Salam, who was a well-respected Jewish Rabbi following the teachings of Musa (peace be on him) seeking the truth, commented,

‘The first time I saw his face I knew this was not the face of a liar.’[i]

Certain people like Abdullah bin Salam, are able to tell by looking at a face if the person is lying or not. This indicates that that truth has a special light on your face and in your heart and is reflected in your actions.

Lying is a Betrayal

As per the hadith of the Prophet (peace be on him) as sidqu imana wal khadhibu khiyana.

Telling the truth is a trust and telling lies is a betrayal.

We Cannot be Selective in Telling the Truth

Truth has to underpin all our dealings, and be ingrained in the upbringing of our children. In addition it has to be present in our community and demonstrated by our political leaders.

We cannot compromise on this, but have to be truthful at all times, regardless how bitter the truth is. Otherwise it is a betrayal.

If you keep telling lies, it will catch up with them in the end.

The Damage of Public Lies is Magnified

At a personal level, the damage of lying is contained to a certain extent. At public level, lying is like a fire. It spread everywhere. For this reason, Importance of being truthful is emphasised in the Qur’an.

We are plagued by fake news. We went to the war in Iraq based on lies, and as a result the whole region is suffering. Toxic entities like Al Qaeda and Da’esh spread lies.

A lie can destroy someone’s life. Many of us come across rumours about people whose lives were ruined by lies, even when there was no proof. By the time the truth comes out, and they prove their innocence, their lives and reputations are ruined and that is all that people remember. The Qur’an teaches us not to follow this trend to backbite and front bite.

Recently unfortunately we have seen the propaganda about Brexit and the money it will save and will be put in the NHS. The same tactics of lies and scaremongering were used by Firaun.

And Pharaoh said, ‘Let me kill Moses and let him call upon his Lord. Indeed, I fear that he will change your religion or that he will cause corruption in the land.’ (40:26)

What lies! The king of corruption is saying that he is worried Musa (peace be on him) will spread corruption.

Trump too specialises in big lies. He has said that if he is impeached the economy of the whole world will collapse. He blurts out lie after lie. It does not convince anyone.

In the hadith, the Prophet (peace be on him) mentioned that the punishment for lies is immediate in dunya – it is not postponed until the akhirah. This is surprising as there are many sins for which the punishment is delayed, but not lying. This is punished immediately.

Do not deceive people. Especially if you are a leader. You have to deliver the trust you were given.

‘Beware of lying! Verily, lying leads to wickedness and wickedness leads to the Fire. One does not cease lying and supporting lies until he is written with God as a liar.’ (Bukhari)

The Reward of Telling the Truth

What is the reward for those telling the truth? The Messenger of Allah, (peace on him), said:

Faith and Lies Do Not Go Together

The essence of our religion is imaan. Faith and lies do not go together. Telling lies is changing reality.

We have been entrusted with delivering the truth, so we have to relate the revelation with the utmost respect. If we tell lies, no one will believer us. We will undermine ourselves.

The Messenger of Allah (peace be on him) was asked:

Financially, politically, socially and personally, there is no exception, we have to tell the truth.

The Prophet (peace be on him) was the person of the truth. The companions followed his footsteps. We have to be people of the truth and principles in our salah, zakat and hajj. Today hajis leave

Truth in our Pillars

We need to reconsider our principles and values and encourage ourselves and our children to always tell the truth. It is a choice to be with the truthful ones or the liars. It has never been easy to choose the truth, but we ask Allah to accept us and enable us to follow the footsteps of the Prophet (peace be on him) and make us of the truthful.

Transcribed by A Khan.

[i] It was narrated that ‘Abdullah bin Salam said: