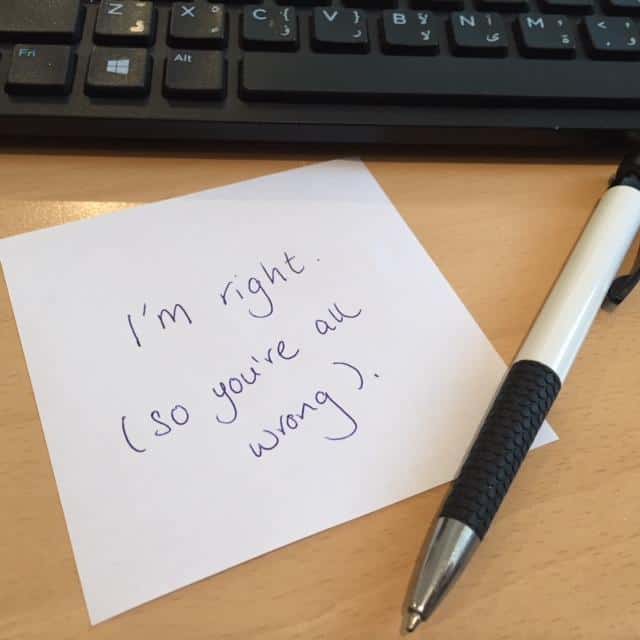 The Importance of Being Open Minded

Islam is far greater than any school, any imam, any sect and any opinion. It is the Divine Revelation to perfect human character and conduct to spread peace and justice.

‘It is not advisable for the believers to march out altogether. Of every division that marches out, let a group remain behind, to gain understanding of the religion, and to notify their people when they have returned to them, that they maybe aware.’ (9:122)

Allah the Almighty says in surah Taubah, it is not necessary for all Muslims to go forth in Jihad (unless they have been attacked). There is no general call for that. Instead He recommends that a group of people stay behind to dedicate their lives in the pursuit and understanding of their religion. And then disseminate this knowledge to their people, so that they too may be aware.

In this ayah we see Allah the Almighty is talking about understanding. Fiqh or faqiha, the word, has been repeated in the Qur’an 20 times in 12 surahs in the Qur’an.

The technical definition of fiqh is understanding the shariah. How to apply the Quran and the Sunnah in our world.

We have seen plenty of verses and hadith emphasising the importance of understanding rather than memorising. For instance, in surah Ta Ha,

It is a call through the Prophet (peace be upon him), for his ummah to seek knowledge and increase understanding in order to bring us closer to Allah the Almighty.

There is another verse which mentions the most fearful of Allah are the scholars. The more we understand the more we learn the closer we will be to Allah the Almighty.

The Danger of Applying Knowledge without Understanding

Jabbir bin Abdallah (may Allah be pleased with him) narrated that once a group of companions were travelling together, and one had a severe head injury. He slept and woke up with a wet dream and had to make ghusl. He asked the companions if he had permission to make tayummum instead, since washing the deep wound might cause harm. The companions forbade him, so he made ghusl, and it is said he passed away from use of the water. When they returned, they reported this to the Prophet (peace be on him), who was so angry that he made du’a against them. ‘They have killed him! May Allah curse them.’

Because of their fatwah, they killed him. Sometimes a fatwah can kill a nation.

Misunderstanding the deen can be so dangerous. This is  why the Prophet emphasised in so many narrations and hadith the importance of understanding.

‘Oh Allah the Almighty, give him the deep understanding of the deen, and teach him the interpretation of the Quran.’

If we have the wrong understanding, we are creating problems in our families, and our communities. This is why the Prophet (peace be upon him) was so angry. By delivering the wrong fatwah the men who advised Jabbir robbed him of his life. The easy option is to say ‘I don’t know. I need to ask.’ This is the right action to take. When you are asked about something which you don’t know, don’t be ashamed to say ‘I don’t know.’ Rather than jumping in and giving opinions and fatwahs.

The Exclusivity of Truth

We become captive to what we know. Depending on our character and attitude, we might fight any concept that is alien to us. If introduced to alternative opinions from those we have been exposed in our life,  we may react to them as if they are completely wrong. Yet, they may be legitimate, but we are not familiar to them because they may be from a different school of thought e.g. from the Maliki rather than the Hanbali school of thought.

This creates in some people a sense that they have exclusive grasp of the truth. The illusion that anything outside a particular school of thought is outside Islam. They see it as something to fight.

This is an ancient problem in our history, for instance where the Shafi’I is not allowed to marry the Hanafi. Or the Hanafi cannot eat the zabiha of the Shafi’i. Unfortunately, we see it surfacing in this very country, with people delivering fatwahs with no understanding.

This lack of understanding creates a superiority complex: the idea that only we have the truth and all other opinions are beneath us. And so we begin to act with a hidden arrogance.

Consequently, we can start classifying people outside our group as lost.

This kind of reality leads to dismissing all kinds of other opinions. Not even listening to different opinions. Which can lead to an extreme understanding. And this rigidness will cause a lot of trouble in our life.

Islam is wider than any shaykh or opinion. Islam is the Qur’an and the Sunnah which accommodates all these schools. We need to be more open and go back to the prophetic understanding rather than some people’s understanding in this day and age. If not, we are increasing our own problems.

The Prophet (peace be upon him) emphasised the importance of understanding. Without it we might even cause death, as happened in the incident of Jabbir. Thus we need to save ourselves from such calamities based of course on Qur’anic and prophetic principles. But nevertheless remain open minded, rather than close-minded and rigid.

The Prophet (peace be upon him) accommodated different opinions, on different occasions. He allowed more than one opinion to be disseminated on a certain thing. He was teaching us how to accommodate one another as long as we are acting within the boundaries of Islam.

For those who prayed Asr before going to Bani Quraidah he accepted this practice. And those who did not until they reached there, he accepted that too. He was never rigid and strict.