Hajj Reflections 1 – Connecting with Allah and the ummah 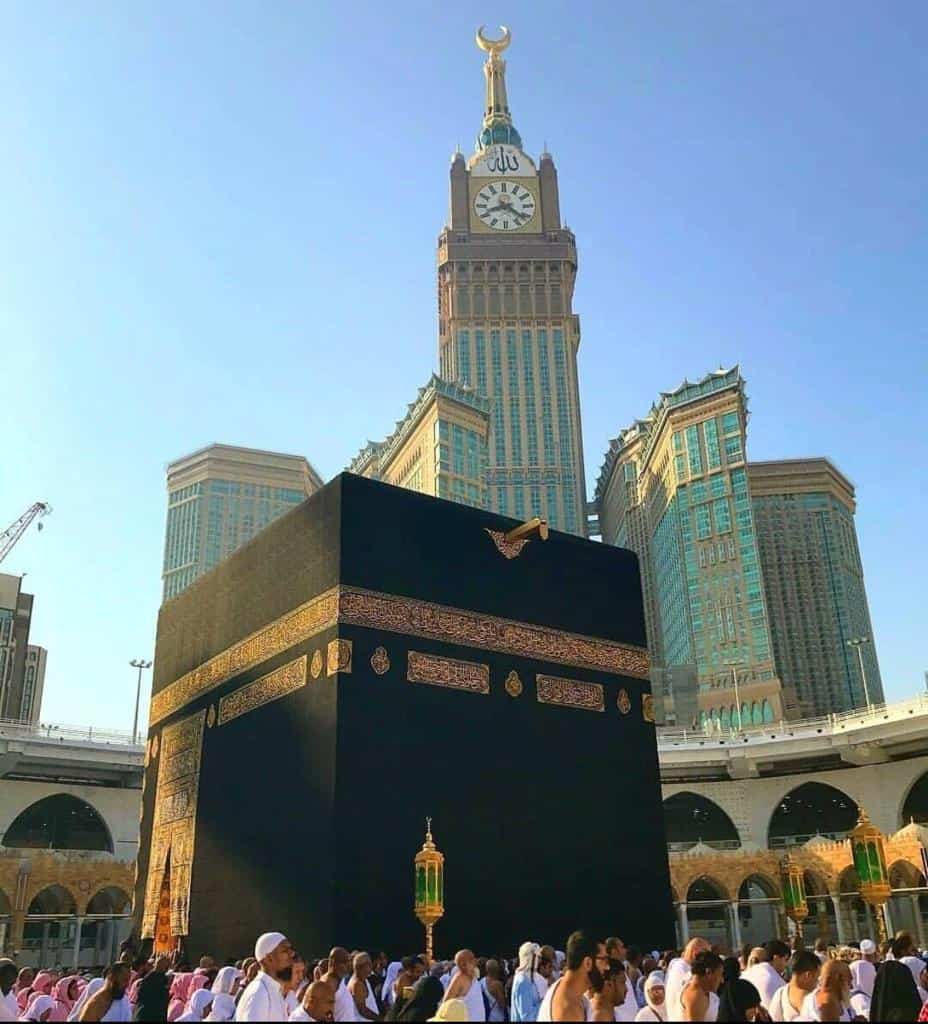 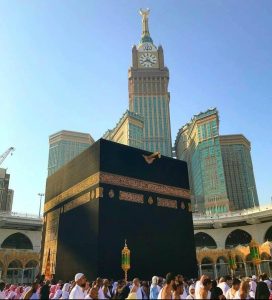 Why is Hajj a pillar?

Hajj is full of blessings. When you dig deep down it is full of fruits and sweetness despite the challenges which you face; it is a gift from Him Almighty. Hajj is about unity and also a way of elevating you:
1. Unity
In Hajj, you experience different colours, languages, hopes and wishes.
2. Elevation
When you enter the state of ihram it connects you to the Hereafter and disconnects you from the dunya. This is the place to ask Allah for all your needs and all your wishes. All supplications and cries are being listened to here, as well as those across the globe. The Almighty listens to everyone. Ask for anything you want and Allah Almighty will grant it as long as it’s for your good.

Very simply, we perform Hajj to attain Allah Almighty’s pleasure and it’s an act of obedience and submission.
Obedience to His command
You travel all this way to please Allah Almighty. Why travel when you can also please Allah Almighty at home? Undertake Hajj because you are a servant and you have to follow Allah Almighty’s commands. It is practical training for learning obedience. It is about stripping you from the dunya and its concerns and connecting you with Allah, the One.
Whether we understand the rituals, for example the seven circuits for tawaf, or not, we do it as it is a command that we have to abide by and follow. There is a wisdom behind all that we do, which we may or may not understand. The main message is OBEDIENCE and Submission (whether we are doing Hajj, salat or siyam). The Prophet (peace be on him) said:

‘Take your rituals from me.’ (Muslim)

We have to follow the commands and follow the Prophet’s (peace be on him) footsteps. By focusing on the concept, you can  continually increase your obedience to Allah Almighty and then you automatically follow the commands without hesitation. For example, it is forbidden to drink alcohol. We do not need to figure out the reason why, we only need to focus on the command. Similarly, Hajj, is a command.  It is a connection between the servant and his Lord and this dominates everything we do. The moment we lose this connection and begin acting as lords, corruption rears its ugly head. This is why we need to strengthen and maintain our connection with Allah Almighty as much as possible.
Connection with Allah Almighty and with the Ummah
Hajj is a form of worship as are all the rituals. Is Hajj a one to one connection with Allah Almighty or is it more? Salah alone is one to one and when performed in jamaat is also one to one but with community spirit. Hajj is connection with Allah Almighty AND the Ummah. The scale is no longer one to one i.e. no longer individual or community but greater than this because it involves the Ummah. In tawaf there is feeling of cohesion and in all of Hajj we feel the equality (as one cannot distinguish one person from another). Feel the connection and brotherhood with both Allah Almighty and with the Ummah at the same time.
Discipline
Being introduced to different acts of worship (e.g. siyam) disciplines your soul to allow your spirit to lead rather than your desires being in control of you.
Hajj is a different level of discipline – you see patience in action. Watch Hajjis going around the Kaaba from the third floor. You can see that no one controls it, not the police or anyone, just Allah Almighty.
Kindness
In general all Hajjis are helpful, compassionate and humble; we can’t feel this universal communal spirit anywhere but at Hajj. Without overstepping boundaries, be compassionate, and considerate towards others. If your prayers and tawaf are correct, but you are harsh with people this is unacceptable. To perform a perfect Hajj, you will need to be good with Allah Almighty AND with people. Hajj teaches you to combine the two. Part of your salah in Hajj is to be good to others around you. To be good to people is also a worship. As per the hadith:

(The reward of Hajj Mabrur (i.e., one accepted) is nothing but Jannah.

Whoever performs Hajj (pilgrimage) and does not have foul language, nor commits sin, nor disputes unjustly (during Hajj), then he returns from Hajj as pure and free from sins as on the day on which his mother gave birth to him.

Using foul language, behaving badly towards other people will nullify your Hajj. So controlling the tongue, our gaze and body is a compulsory part of Hajj and not a separate package. Keep this in mind throughout Hajj, wherever you go whether Makkah, Mina, Arafat, Muzdalifah, or Madinah you have to bear this in mind. Anyone can easily be harsh especially when aggravated but being kind is heroic. Harshness is a quality that is disliked. The Prophet (peace be on him) said:

‘The best amongst you is the best is character.’ Narrated by Muslim.

Self-revealing
Hajj is a journey i.e. ‘safar’ in Arabic. ‘Safar’ is from the root word ‘to reveal something’, because travelling with someone reveals their character and their qualities.
When Umar (may Allah be pleased with him) was asked about someone would say: ‘Have you travelled with them or had dealings in money with them?’
You can’t always judge someone’s character until you have travelled with them. So be careful, people will judge you, and you will also get to know them for who they really are when you travel with them.
Q&A:
If we sin during Hajj (NB all of us will sin at some point during Hajj) immediately seek forgiveness from Allah Almighty. It depends also on the severity of the sin, as an expiation may be needed. Ask Allah Almighty to protect you from shaytan and the evil within you.
When entering Haram the best worship to do is tawaf, rather than doing tahayatul masjid (2 units of prayer as a greeting) which we perform in any other mosque). For the Haram it is better to do tawaf instead of tahayatul masjid.
If in tawaf you forget the number of rounds you have done – go with the smallest number that you are sure you have completed and then build from there (the same as you do in salah if you forget the number of rakats that you have done).
What if you worry about people’s opinions? If you are concerned about people’s opinions it is a sign that you are not concerned about Allah Almighty