Hajj reflections 9 – Hudaibiyah Goodness can come from the unexpected 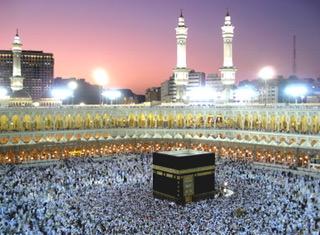 How the event of Hudaibiyah changed history

Ibn Umar reported Allah’s Messenger (peace be on him) as saying:

You would find people like one hundred camels and you would not find even one (camel) fit for riding. (Muslim).

On route to Umrah, Al-Qaswa’ froze three times at a certain place called Al-Hudaibiyah and refused to move. The companions (may Allah be pleased with them) tried calling her and swearing at her to get her to move. The Prophet (peace be on him) stopped them and said:

The One who stopped the elephant from going to Makkah has likewise stopped my camel. By Allah if they ask about anything now that doesn’t breach Allah’s command, I’ll accept it from them (i.e. Quraysh).

So the Prophet (peace be on him) was ready to agree to what the people wanted.

When goodness comes out of pain

Later, the Prophet (peace be on him) said that more people had entered Islam as a result of the Treaty then had in 13-15 years. Hence, you may love something and it’s bad for you and you may hate something and it’s good for you.
When facing a test it is better to say ‘It is a test but I trust Allah Almighty and will do my best’ – this gives you strength. If however you complain and don’t trust Allah Almighty the test will be more painful and its’ pain will show on you.
Whatever comes from Allah Almighty always look at it from the positive side or else you will suffer from it twice, firstly from the test itself and then from the effect of its pain on you. So be positive and realise that everything is from Allah Almighty and this will relieve your suffering.
Q&A:
• The prophets (peace be on them) are alive in their graves. It is a special life called ‘Barzakh life’. Allah Almighty prohibited the earth from swallowing up the bodies of the prophets, messengers and martyrs.