The Courage to Recognise the Truth 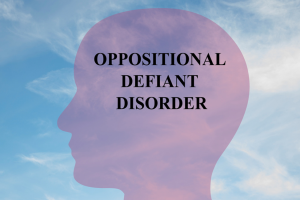 ‘O Children of Israel! call to mind the (special) favour which I bestowed upon you, and fulfil your covenant with Me and I shall fulfil My covenant with you and fear none but Me. (40) And believe in what I reveal, confirming the revelation which is with you, and be not the first to reject faith therein, nor sell My Signs for a small price: and fear Me, and Me alone. (41) And cover not Truth with falsehood, nor conceal the Truth when ye know (what it is). (2:40-42)

Sometimes the truth does not appear to be in our personal interest. It takes courage at this time to override our impulse to bury the truth. However, the beauty of truth is that it empowers those who follow it. It may seem expedient to tell a lie at the time, however, success lies in not hiding the truth when you know it.  We need to have backbone. Allah Almighty is saying speak the truth even if it’s against yourself or your people. If you are tempted to hide the truth, ask yourself why it is. It could be weakness of imaan. Without strength of imaan, we would be following the misguided footsteps of Bani Israel.

Why is almost one whole juz dedicated to the saga of Bani Israeel?

A wise person learns from other people’s mistakes, a fool learns from his own, and a stubborn man never learns. An unparalleled number of verses is dedicated to the attitude and behaviour of our predecessors, Bani Israel. This is because we are doomed to repeat their mistakes every step of the way, unless we learn from them.

Who were Bani Israel?

The fourth son of Yaqoub (peace be on him) was Judah, and the terms ‘Judaism’ and ‘Yahoodi’ are derived from his name. Jews are descended from three of the twelve tribes of Israel: Judah, Benjamin and Levi.

Why were Bani Israel special?

Bani Israel was a nation who was singled out for favour and blessed in many ways. Allah Almighty is reminding Bani Israel of His favours on them. In general, man has a tendency to take Allah’s gifts for granted, and so is in constant need of reminding. Among Bani Israel’s special favours, they received the most prophets and messengers, were saved from the tyranny of Firaun, were blessed with Manna and Salwa when they would have starved in the desert, and were granted protection from the unbearable heat through special cloud formations.

What covenant did Bani Israel break?

In return for Allah’s favours, Bani Israel had to respect divine guidance. Guidance was given to them in the form of the Ten Commandments and the Torah. On different occasions they broke the commandments and Allah Almighty punished them.

Part of that guidance was that they would be sent a prophet. They assumed that prophet would be descended from Bani Israeel. They do not consider the Arabs as connected to themselves, as Ismaeel was the son of Hajra, who was a slave, gifted to Ibrahim (peace be on him) by his wife Sara. When Hajra became pregnant,  Sara was jealous of her, and Ibrahim (peace be on him) was commanded to take Hajra to Makkah which was uninhabited at the time, and she settled there with her son.

Man has a tendency to fear others more than Allah, to fear the reaction of society which is immediate, above that of Allah Almighty whom one can’t see. However Allah Almighty is pointing out that they need to fear His commands alone. Particularly as the revelation the Prophet Muhammad (peace be on him) brought is in line with what they already had in their books. It should resonate with them because all revelations since Adam have been brought by Jibrael (peace be on him) and radiate the light of Allah’s Almighty guidance. Those who have responded to His previous message should be able to see the continuity of His message. However denying that Islam is the truth for the sake of not losing one’s identity, or income or social status is to naively undervalue Allah Almighty’s words. Worse still, to hide the verses which foretold the coming of Prophet Muhammad (peace be on him) is a grave sin – it deprives the community the chance to gain Allah Almighty’s pleasure. It is better to leave people to their choice rather than confuse them, or cloud their decision making.  To refuse to align one’s self to someone for petty reasons or social pride is trading your akhirah for your current situation. Only a corrupt mentality would sell its conscience ‘dhameer’, deen, or book to maintain its status quo. It’s akin to selling one’s mother.

Why must we support the truth?

The truth is the sacred. Allah Almighty is saying that truth must never be concealed or mixed. ‘Do not confound truth with falsehood, and do not hide the truth when you know (it)’. The verb He uses is ‘talbisu’, from libaas, (clothing): do not shroud the truth in lies, and do not disguise lies as the truth.

The core of the ayah is about preventing people from changing reality or corrupting it. This battle between haqq (truth) and baatil (lies) will continue till the Day of Judgement.

This appeal to Bani Israel to follow their conscience teaches us that if success depends on going against our deen, then choose the deen. Frequently we have hard choices to make, but we mustn’t compromise our principles or religion. In present times, many religious leaders have succumbed to the pressure of towing political lines, which are not in sync with Islam, in order to maintain their positions. This is hypocrisy – when our inward reality and outward appearance doesn’t match.  How many politicians have been disgraced when their lies have come to light?

How can we avoid doing this in our lives? Our security is taqwa. When we have god-consciousness in our hearts, we are less likely to sell our deen. If our deen is merely superficial – just lip service, or cultural, we won’t think twice about letting it go when the tide changes and it becomes inconvenient. Taqwa resides in the heart. It should determine our thoughts and actions, which should be consistent. The Prophet (peace be on him) said in many narrations ‘Do not hide your shahaada.’

Loving the Prophet is about true following and protecting his Sunnah