How to Prevent Knowledge Being Lost 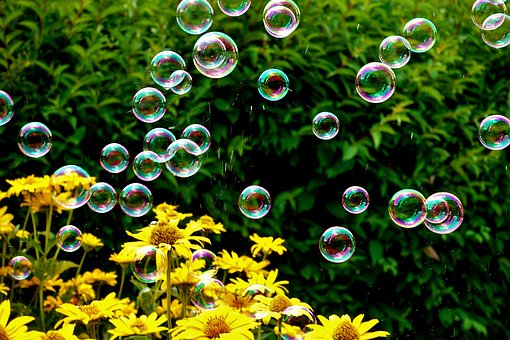 How to Keep Knowledge Safe 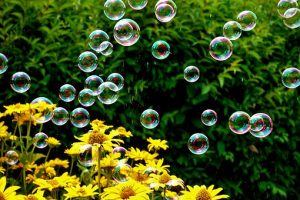 Moving Away from Student Mentality

We all know that from experience that sitting in a classroom as a student is not the same as being in the class as the teacher. The difference is in the preparation. If you were the teacher, you would have prepared the subject matter, what topics to address and the amount of time you allocate to each. You would have also extended your research into other relevant areas to the topic at hand and prepared for potential questions that the student may ask. All this entails you to look at the subject matter in depth and from various angles. You will imagine having conversations with your students in which they will ask searching questions who, what where, why which are often known as journalistic questions. This preparation will solidify your knowledge or identify the gaps in your knowledge. Thereby, this process will complete the gaps in your knowledge, and is a great way of improving your knowledge. But if you have the intention of remaining a student all your life, then you are merely a sponge, always absorbing but not giving back anything. After a while just like the sponge you will have to give up something in order to take something else. As you have seen, knowledge does not vanish except when it is kept secret to oneself.
Caliph Umar Ibn Abdul Aziz was a righteous man that many scholars said that he deserved to be named as the fifth caliph not because he came immediately after Ali Ibn Abu Talib but rather due to his good character and virtuousness. He was the great grandson of Umar Ibn Al-Khataab. Umar Ibn Abdul Aziz had a short life though he accomplished much; he only served for two years as the caliph before he passed away. As the Caliph, he asked Abu baker bin Hazm who was a very knowledgeable scholar and a wise judge of his time to write down all the Sunnah of the Prophet (peace be on him) in order to preserve it. Umar bin Abdul Aziz wrote to Abu Bakr bin Hazm saying:

‘Look for the knowledge of hadith and get it written, as I am afraid that religious knowledge will vanish and the scholars will pass away (die). Do not accept anything save the ahadith of the Prophet (peace be on him) (peace be upon him) . Circulate knowledge and teach the ignorant, for knowledge does not vanish except when it is kept secretly (to oneself).’ [Bukhari]

This was the very first formal compilation of all the Sunnah. Abu Bakar Ibn Hazm was responsible for collecting all the traditions. Umar told him to start his compilation with Amrah as she was the authority on the ahadith from the household of the Prophet (peace be on him). Amrah bint Abdur-Rahman taught many scholars including Imam Az-Zhuri [the teacher of Imam Malik] who is considered amongst the finest and prolific of scholars. Umar feared if they lost Amrah who grew old by then, then they would have greatly missed a large portion of the sunnah.

Umar was keen on writing the knowledge as he was afraid that the knowledge would be lost if the scholars passed away. In a narration from Abdullah bin Amr bin al-A’s who heard the Messenger of
Allah (peace be on him) say.

‘Allah does not take away the knowledge by taking it away from the heart of the people, but takes it away form the death of the scholars till when none of the religious learned man remains, people will take as their leaders ignorant persons who when consulted will give their verdict without knowledge. So they will go astray and lead the people astray.’

Umar was also keen in getting the knowledge to be circulated; he wanted the knowledgeable people to teach the ignorant. Some of this knowledge does not require one to be a scholar to spread it to the people but in other cases it is necessary. Allah will not take this knowledge until he takes away the scholars. This is the sad reality we face today; nonetheless, this is part of the fulfillment of the prophecy. As the Day of Judgement draws near, the scholars will pass away in numbers. The people will turn to their role models who will be ignorant, like the celebrities; pop stars, movies stars and footballers. Others will turn to the politician. These leaders/role models will lead the people astray. The truth then will appear as falsehood, and the falsehood will be lead to believe as the truth. This is the delusion that we are seeing around the world today. The sad and regretful thing is the truth of the hadith is being manifested in our lifetime. The Qur’an depicts the cries of the people in the Hereafter who choose the wrong role models. On the Day when their faces will be turned over in the Fire, they will say:

And in another place, the people of the Fire will say:

‘Our Lord! Show us those among the jinn and men who led us astray, that we may crash them under our feet so that they become the lowest’

Those leaders will respond that this is not the time to blame as there is no escape and way from this punishment, and why are you blaming us when we and you are on the same path, leading to the same fate. We were not guided ourselves and we led you astray. If Allah guided us, we would have led you to guidance with us, just as we led you to misguidance when we were misguided. Allah recalls their conversation in the Qur’an …Had Allah guided us, we would have guided you. It makes no difference to us now whether we rage or bear these torments with patience; there is no place of refuge for us. [Qur’an : 14:21]
Again we can see the scholars as the inheritors of the Prophet (peace be on him). Their superiority above the ignorant leaders is clearly visible; without the scholars, the people will go astray. They are
like the mountains that keep the people pegged on the right path. Now, we can understand why the Prophet (peace be on him) of Allah was keen on preserving and spreading the knowledge of the deen.

Preserving the purity of sacred knowledge

Can you say ‘salam’ to non-Muslims?