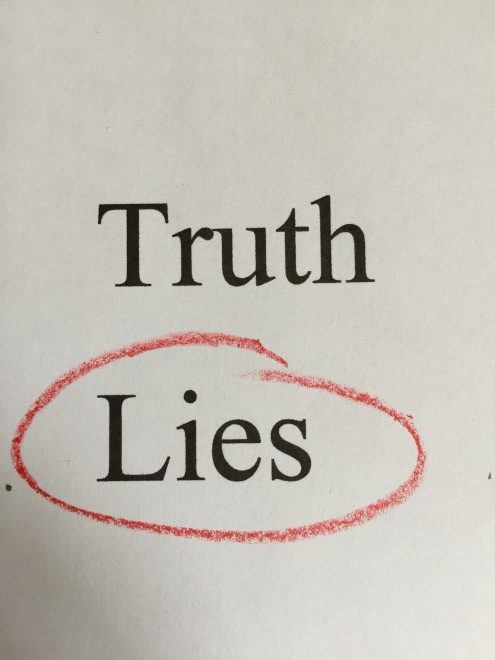 The Battle between Self Interest and Truth 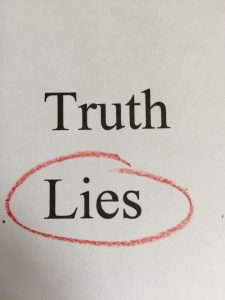 And remember We said: “Enter this town and eat of the plenty therein as ye wish; but enter the gate with humility, in posture and in words, and We shall forgive you your faults and increase (the portion of) those who do good.” (58) But the transgressors changed the word from that which had been given them; so We sent on the transgressors a plague from heaven, for that they infringed (our command) repeatedly. (2:58-59)

Bani Israel’s attitude beggars belief at times. Rescued from slavery, witnessing the Red Sea part before their eyes, given the satisfaction of seeing their brutal tyrant die before their eyes, one would think that their ummah would be brimful of imaan – overflowing with certainty in Allah Almighty and their prophet.

Over a thousand years on from our own Prophet (peace and blessings on him) one imagines that we struggle to obey rules because we are so far removed from that era. That perhaps had we lived at that time we would have been so much better at doing the right thing. Wouldn’t one’s imaan be bursting if one had witnessed miracles with one’s own eyes?

Perversely, time and again, the answer is no. At the time of the Prophet (peace and blessings on him) we have people denying the miracle of the Qur’an which is being revealed in their midst. At the time of Musa (peace be on him), we have Bani Israel complaining that it is not good enough to hear Allah Almighty, they want to see him, and that the food he has sent them to eat while they are starving isn’t quite what they fancy.

The Nafs vs The Truth

Our human condition is such that the comfort and pull of what we enjoy in life can be stronger than the reality of akhirah which is not immediate. It means that we can ignore the reality of our impending situation, pursuing instant gratification over destructive consequences. And thus doing the right thing when faced with a choice isn’t as straightforward as one would imagine. So wily are our thought processes that we find ways of squashing our conscience by modifying ‘the right thing’.

What begins with denying the truth to ourselves, degenerates into altering Allah Almighty’s words so that our actions are no longer in line with what He commanded. This is why it is so important to squash Miss Nafs. A polluted heart lets its whims and desires change what it doesn’t like. A polluted heart will not accept the truth. This is why we have to have to win the battle with ourselves before any other battle.

If we can tell the truth to ourselves, then we can be truthful to others. If we are ready to pull the wool over our own eyes, then we become the butt of our own joke. As Allah Almighty points out,

‘It is the wish of a section of the People of the Book to lead you astray. But they shall lead astray (not you) but themselves and they do not perceive!’ (3:69)

Allah Almighty is telling us never to lie, and never to conceal the truth. If we do, we are just repeating the errors of our past. Our lesson from history is of the people who were ready to change Allah’s words at the drop of a hat. Fake news existed then as much as now. Banished to the desert, wandering in the wilderness day after day, as years pass, eventually Bani Israel are taught the words they need to say to cleanse themselves of their wrongdoing. They are given the chance to redeem themselves. All they have to do is say ‘Hittatun’ (repentance) as they enter the city, in order to gain Allah Almighty’s pardon, but even that proves too difficult for them. Instead they find it amusing to change the word they were given, to ‘Hintatun’ (wheat).  Is there no command they can carry out without meddling?

The Responsibility of the Clergy to Pass on the Truth

Fast forward some centuries and some rabbis and priests would change their scriptures. When the commands didn’t fit in with the way people wanted to live their lives it became convenient to alter them. Rather than letting people decide for themselves, they hid verses foretelling the coming of the Prophet (peace and blessings on him).

Allah Almighty picks them up on this bluntly in Surah Al Imran:

They had all the indications in their verses that pointed to a prophet from the lineage of Ismail. How could they deny it? Allah Almighty demands blisteringly, you changed My truth, for what?! They wanted to maintain their positions, their salaries, their perks and benefits which they would lose upon conversion. Allah is scathing. How could they do this? They had seen the miracles with their own eyes, so how could THEY become part of a post-truth era?

If we witness a transaction and then change our testimony, it is perjury. It’s a serious crime because it perverts the course of justice. It alters the facts. It is corruption and we would lose our credibility, respect and dignity. Changing the words of Allah is a step too far.

Changing His words is to gag the truth, to shroud it in lies, misleading others rather than being brave enough to let them decide for themselves. There is no compulsion in religion but religious leaders had an obligation to pass on their knowledge to their congregation and their followers would have been free to make their own informed choice. However they were duped.

Divine Protection of the Qur’an

Unlike the Qur’an which has been divinely protected, the Tawrah and Injeel and other previous scriptures were given to mankind to preserve. Mankind is weak. Ultimately the temptation to change the words to suit people grew stronger than the instinct to preserve His words.

Against this backdrop, we do have inspiring examples. The rabbis that accepted Islam sought truth above self interest. On conversion, they revealed the verses in their own scriptures that had been concealed by other rabbis. Abdullah ibn Salam was a widely respected Jewish scholar in Medina who had studied the signs of the prophet who would complete the divine message brought by Musa (Allah bless him).

He observed, ‘By God he is really the ‘brother’ of Moses and follows his religion. He was sent with the same mission as Moses.’ He was struck by the Prophet (peace and blessings on him)’s appearance and words:

He looked at the Prophet closely and was convinced with his prophethood. He went closer to him and repeated the Shahada. The Prophet turned to him and asked: ‘What is your name?’ He replied, ‘Al-Hosayn ibn Salam.’ The Prophet (peace be upon him) said, ‘From now on, you are Abdullah ibn Salam.’

For those who refuse to accept the truth, Allah Almighty will punish them. Not just in the hereafter, but in dunya too, they will suffer through their health, livelihood and families. Allah Almighty punishes those who mock our deen in many ways. Those who refused to accept Allah’s forgiveness from Bani Israel were sent a punishment from the sky. Postponing and ignoring Allah Almighty’s commands is self-inflicted harm. If we do err, it is better to follow it up by repenting and carrying out a good deed to erase it.

The baton has passed on. Now Muslims have been entrusted with acknowledging the truth and acting upon it. The Prophet (peace and blessings on him) said that a group from his ummah would preserve truth. And scholars suggest that towards the end of time, there will be a group from al-Shaam (the territory comprising modern-day Syria, Lebanon, Jordan and Palestine) who will fight the Dajjaal.

What Islam can offer us today

O what a tangled web we weave, when first we practice to deceive