The Truth has Light. But not Fake Shaykhs 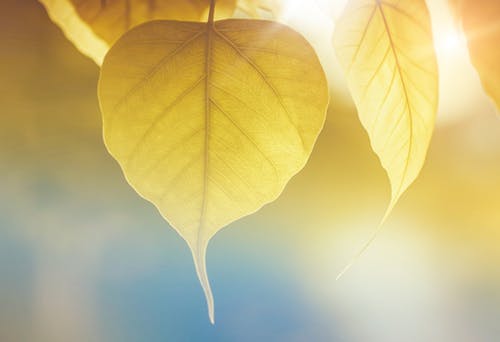 ‘They want to extinguish the light of Allah Almighty but Allah Almighty will complete His light, even though the disbelievers dislike it’. (9:32 and 61:8)

Allah Almighty is highlighting the fact that whenever we have the truth, there are always enemies against it. The truth always faces challenges. How can we identify those who are misrepresenting and tarnishing Islam by commercialising and politicising the deen?

The Challenge to the Truth

Throughout our history today until the Day of Judgement, there is an on-going challenge between truth and falsehood. Ever since, Allah Almighty sent the prophets and messengers to deliver the truth and to establish justice in society for all people, they faced with many enemies.

The most difficult challenge is in our deen – our religion, the cord that connects us with Allah Almighty. Whoever clings fast to this rope will be saved, and whoever lets go, will bear the consequences of that choice.

Since the prophets and the messengers are gone, we have their representatives as the Prophet (peace be upon him) said:

The scholars are the heirs of the prophets.

They too inevitably face similar challenges, enemies, and plots against them and the message. The enemies are very shrewd and they know how to strike and they know that if destroy religious authority, you can destroy the deen.

It is harder to attack the Qur’an or the Sunnah directly, even though this has been happening since orientalism started, so they choose a different strategy. They select a figure in the community who claims to be a person of knowledge, but his knowledge is either distorted or ignorant, and as a result, it leads to the misrepresentation of Islam. They deliver fatwas left, right and centre, throw wild opinions all over the place in the name of Islam.

The consequences of such figures and the publicity they get, are that they put people off Islam, particularly young people, who disagree with their bigoted views. Even though their views and interpretations are not in line with mainstream Islam they tarnish the whole religion.

This is not a new challenge. When Allah Almighty stated in surah Baqarah, when He was addressing the People of the Book:

Do not exchange my revelation for a cheap price. (2:41)

We should not commercialise the religion. Religion is not a source of living or a business.

The Qur’an uses the verb ishtara here and in many verses, which is an expression of both buying and selling. It is telling us not to sell our deen and not to exchange it for something which is cheap. We have been honoured by being given the truth so we have to stand up and defend it.

We’ve seen throughout the history of humanity that the temptation to commercialise the deen, and make it a source of wealth, has corrupted many.

(Iblis) said: ‘By Your glory, I shall mislead them all. except those of Your servants, the chosen ones from amongst them. (38:82-83)

The challenge is on-going, and today isn’t different to yesterday. It’s the same.

After the so-called Arab Spring, many scholars collapsed, many dignified people became undignified, their veils dropped. The masks were stripped away. They were exposed for who they really were. This confirms the reality of what Allah Almighty stated in the Qur’an, that they want to extinguish the Light of Allah Almighty, but they can’t.

Within our country we have seen similar figures misrepresenting the Muslim community being supported by some politicians.

Neutral scholars have the recipe for success, but those who are working for this governor or this president or that institute, they might, and have many times, distorted Islam. Unfortunately, we’ve seen many of these in our time.

Alhamdulillah people are still clear what the truth is, but sometimes it’s confusing. Men in big turbans with long beards deliver speeches to justify why their rulers are killing their people. Or to justify why the government has sent forces to crush people in demonstrations, or to justify why they throwing hordes of people in prison, and killing people outside their country.

How can you condone heinous acts in the name of Islam. Say you agree with it in your opinion, but don’t drag Islam into it. Don’t say that it is acceptable from a shariah point of view.

Such fatwas will make people hate Islam and use them as a weapon against it. Our youth will turn against Islam when they see ‘Islam’ being used to defend oppression, and support oppressors.

This is not Islam! This is deformed. This is distorted. This has nothing to do with Islam at all.

Who gave them the right to represent us?

Ibn ul Mubarak and Tirmidhi and Ibn Hibban narrated that Muawiya sent a letter to Aisha (may Allah be pleased with her) when he was governor in Sham and asked for a short piece of advice, she responded, ‘The Messenger of Allah Almighty (peace be on him) said:

Do not to be deceived by anyone who claims he is following the truth. We judge people according to the Book of Allah Almighty, and the Sunnah of the Prophet (peace be upon him). We don’t judge the truth by people.

How to tell who is authentic and reliable?

You can tell from  their knowledge and their piety and their understanding of reality.

It’s not enough to be a person of knowledge of the books, you have to understand the world we live, and apply that knowledge to our lives.

Scholars should always be independent. They should be supporting any particular party or government, or politicians.

This is why throughout our history we used to have something called a waqf ul ulama – a special endowment for scholars, to keep their opinions absolutely unbiased and pure. So, we need to create such endowments for the scholars, to secure their independence and secure their future InshAllah.

We need to keep Islam pure from commercialisation and politicisation.

May Allah enable us to see the truth and support the truth.

When Scholars and Leaders Fail