The difference between regretting sins and and justifying, belittling and normalising sins. 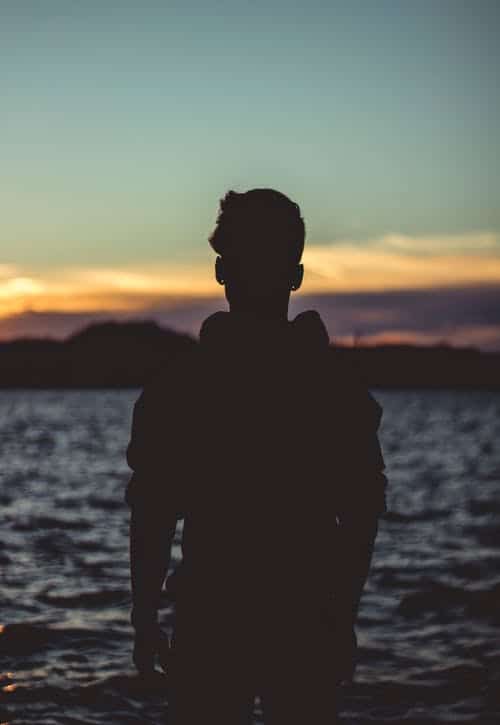 How do we deal with sins and mistakes when we make them?

Certainly we are not angels and we make mistakes but what do we do when we make a mistake? In these verses and similar verses in the Quran, Allah is teaching us how to deal with sins and mistakes.

And those who, when they commit an indecency or wrong themselves, remember God and ask forgiveness for their sins—and who forgives sins except God? And they do not persist in their wrongdoing while they know.

Those—their reward is forgiveness from their Lord, and gardens beneath which rivers flow, abiding therein forever. How excellent is the reward for their actions. (3:135-136)

Every son of Adam commits sin, and the best of those who commit sin are those who repent.” (Sunan Ibn Majah)

Allah Almighty says abandon inward and outward sin. Inward sin is having the intention to do something bad, to plan to do something sinful, or to feel arrogance, rancour or envy towards someone.

Outward sins are sins that you commit with your limbs, like your hands, your eyes and your legs, in other words – your actions.

So abandon sin, outward and inward. Those who commit sins will be punished for what they used to commit. (6:120)

If you make a mistake or commit a sin, you should regret it. You are still in the believers’ camp, and this sin might be your way to become closer to Allah, through remorse. ‘When they commit an indecency or wrong themselves, remember God and ask forgiveness for their sins. They seek istighfar and do tawbah.’

To err once is human, but to err repeatedly is a matter of great regret. Someone might commit a sin, but the sin is escalated when you do not deny that it is a sin and regret it, but choose to normalise it and justify it.

Do not let minor sins pile up

It is often quoted as a hadith, but it is a saying of Ibn Abbas (may Allah be pleased with him) that:

There is no minor sin when it is committed persistently, and no major major sin when one repented for it.

Imam Nawawi (died 676 AH / 1277 CE) and other scholars said that a repeated minor sin becomes a major sin, though the majority of scholars, including Imam Shakwani (died 1255 AH/ 1839 CE) say it remains a minor sin. Regardless whether it is major or minor, it is still a sin.

We should not treat any sin lightly. The Prophet (peace be on him) described those will be close to him as those who do not persist in wrongdoing. Do not ever tell yourself your circumstances justify your sin.

The formula for deleting sins

Repent, regret and intend not to repeat a sin: these are the conditions for tawbah nasuh, (sincere repentance).

In order to be forgiven, you need to quit the sin, feel remorse, ask Allah for forgiveness and resolve not to repeat it. Finally if you wronged someone, apologise to them and undo what you did, for instance what what is theirs, or compensate them.

As narrated by Aisha (may Allah be pleased with her):

“The Messenger of Allah ﷺ said to me: ‘O ‘Aisha, beware of (evil) deeds that are regarded as insignificant, for they have a pursuer from Allah. (i.e. accountability).” (Ibn Majah)

Avoid small sins, as they can accumulate until they destroy you. Al-Ghazali (may Allah be pleased with him) said the frequency of minor sins has a great impact on the blackness of the heart. Like the frequency of drops of water on a stone, it will inevitably cause a hole in it, despite the softness of the water and the hardness of the stone.

The example of the believer is like the one who might be crushed by a mountain about to collapse on him. He saves himself by repenting.

Ibn Mas‘ood (may Allah be pleased with him) said: “The believer regards his sins as if he is sitting beneath a mountain that he fears will fall on him, and the evildoer regards his sins as flies that pass in front of his nose and he does like this to them [waving them away with his hand].” (Bukhari)

Check your attitude to sin:

Our small sins are forgiven when we pray 2 rakahs and ask Allah for forgiveness. Ibn Umar reported that the Messenger of Allah ﷺ said:

“Verily, when a servant stands to pray, his sins are placed on top of his head and shoulders. Every time he bows or prostrates, they fall away from him.” (ibn Hibban)

We ask Allah Almighty to make us from those who abandon inward and outward sin. We ask Him to make us those who are close to Him and in continuous remembrance of Allah. Ameen.

What is the difference between a minor sin and a major sin:

Ibn ‘Abbas, as mentioned by Abu ‘Ubaydah, Ahmad ibn Hanbal and others, held the view that the minor sin is that for which no punishment is specified in this world or the hereafter. It is a sin that is not subject to a hadd (punishment) in this world. A major sin is one which incurs Allah’s curse, divine wrath or warning of Hell.

Every sin for which the doer is warned that he will not enter Paradise or even smell the fragrance of Paradise, or its perpetrator was told he is not one of us, or that he is a wrongdoer – is classified as a major sin.

Why is my life so difficult?

Free will, guidance and destiny