Muharram: The Floodgates of Fitnah and the Echoes of Karbala 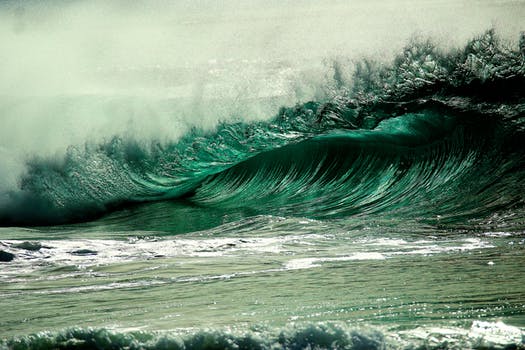 Muharram: When did floodgates of fitnah open and how do we deal with Karbala?

Why is our Ummah Constantly Suffering?

Once I was sitting with Omar and he said, ‘Who amongst you remembers the statement of Allah’s Messenger (peace be on him) about the fitnah (afflictions)?’

Omar said, ‘No doubt you are bold.’

I said, ‘The afflictions caused for a man by his family, money, children and neighbour are expiated by his prayers, fasting, charity and by enjoining (what is good) and forbidding (what is evil).’

Omar said, ‘I am not asking about this but I asked about that fitnah (affliction) which will spread like the waves of the sea.’ I (Hudhaifa) said, ‘O leader of the faithful believers! You need not be afraid of it as there is a closed door between you and it.’

Omar asked, ‘Will the door be broken or opened?‘

I replied, ‘It will be broken.’

Omar said, ‘Then it will never be closed again.‘

I was asked whether Omar knew that door. I replied that he knew it as one knows that there will be night before the tomorrow morning. I narrated a Hadith that was free from any misstatement. The narrator added that they deputised Masruq to ask Hudhaifa about the mysterious door.

Hudhaifa said, ‘The door was Omar himself.’ (Bukhari)

The Unending Fitnah which afflicts the Ummah

Learn from History but Live in Today’s Reality

Leaving the details aside, we have two narrations of the event, the Sunni narration and the Shi’a narration and probably some in between, but our concern is our reality, rather than our history.

No one can fix what happened in history, but we can fix our reality. We should learn how to come together despite all our differences.

The story between Husain and Yazid is not our responsibility. Let history die and let’s open a new page. Let’s live our reality and not our history. No one can reverse the course of history and bring back Husain, or Ali (may Allah be pleased with him) or anyone else.

How Can We Overcome the Hurdles?

The Prophet (peace be on him) in his Farewell Sermon made it very clear, when he warned them not turn back to disbelief after my death, and do not kill one another. And the undisputed command from Allah Almighty is:

The Qur’an as well as mainstream hadith and sunnah direct the ummah towards coming to together regardless of historical divisions, which are not an ideological dispute but rather a political dispute. Those who want to play the game of making any political disagreement a religious disagreement are playing a nasty game. It spreads hatred. There is nothing wrong with going through the story of Karbala and learning lessons about how to stand firm against oppression, but it is wrong to spread hatred through that story. It is wrong to say that those who killed Husain (may Allah be pleased with him) are still in our community and in their eyes, we are the descendants of that community.

It is wrong to spread hatred, we can learn from history but we cannot live history. Our blood, energy and resources are wasted, not against our enemies, but against one another.

Contain Fitnah. Do Not Spread It

Calamities come like the waves of the sea, but we have to ride those waves together, otherwise we will sink. Our ummah is sinking unless we have wise people from both sides.

It is not prophetic guidance to keep mourning a loss; we have to move on, learn the lesson and not accuse one another and argue who is entitled more to one position than another. Don’t spread more fitnah or hatred by creating more tragedy in the ummah.

We learn from Ashura that Musa (peace be on him) was the true symbol of fighting oppression and tyranny, and Firaun the symbol of evil. Husain (may Allah be pleased with him) was also fighting oppression and we appreciate his courage but if we go in the details there are plenty to learn. I don’t want to blame him for standing against oppression but Husain went against all the shura (collective advice) of all the great companions, his relatives and friends who said he would be betrayed as his father was betrayed before him.

After the death of Omar (may Allah be pleased with him) we know that the ummah is being tested til the Day of Judgement.

We can either contain the fitnah by being wise, or become part of the fitnah by being unwise. This is harder than it seems, as during the fitnah people are not be able to think with clarity. They become mindless, following sectarian emotions rather than Quranic  and sunnah commands. Ali (may Allah be pleased with him) said:

The fitan that moves like the waves of the sea leaves people with confusion, they cannot think, like beasts. (Musannaf ibn Abi Shaybah)

Husain was 57 when he passed away. He was inspiring in his knowledge, his kindness and his courage. Many people know nothing of him, except the episode of Karbala which lasted eight days. So his memory is reduced to just 8 days of his life. If we want to understand the real legacy of Husain, we should discover his seerah and act on his seerah. As those who love him, we should learn the seerah of the Prophet (pace be on him) as well as his companions and his grandchildren.

We ask Allah Almighty to enable us to act wisely learn lessons form history and to live our reality rather than our history. We ask Allah to protect us from fitnah and these waves.

Khutbah delivered on 22nd September 2018 at