Muharram: Lessons to Learn from Hijra 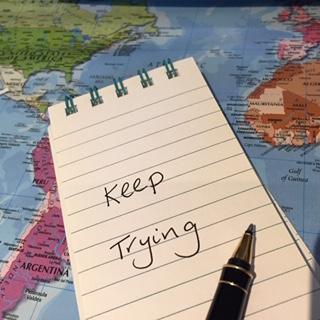 Muharram: Never Give Up

Allah’s Messenger (peace be on him) was inspired divinely at the age of forty. Then he stayed in Makkah for thirteen years, and then was ordered to migrate, and he migrated to Madinah and stayed there for ten years and then died. (Bukhari)

For 13 years the Prophet (peace be on him) exhausted his efforts and explored all possible means to deliver the message of Islam in Makkah. After a decade of opposition, this intensified exponentially after the death of his uncle Abu Talib and his wife Khadijah ( May Allah be pleased with her) and culminated in three horrendous years of boycott, reaching the point of assassination.

In many ways, our reality echoes this jahiliya intolerance where you shut down anyone who is saying something you do not like- whether it is a person, a channel or a newspaper.

By this time, the Prophet (peace be upon him) had lost his wife, ascended to heaven during the meraj, where he received the obligation of salah, and then received the command from Allah Almighty to migrate. By now, there were only about 114 converts to Islam. My key reflection on the story of the Hijra is not to give up. The Prophet (peace be on him) tried his best, not one, not two, not three years, but 13 years of trying to penetrate the stubbornness of the Quraysh.

The Prophet (peace be upon him) never sat back and said that he did not have to do anything because he was supported by the Revelation. He faced his challenges head on, actively seeking solutions and remained firm even under extreme duress, starvation and exhaustion, when he and his companions were eating leaves to stay alive.

Why did the Prophet (peace be on him) Migrate to Madinah?

Though predominately preaching to the Quraysh in Makkah, the Prophet (peace be on him) had also delivered the message to those who come to Makkah to perform Hajj or umrah. Of these six people from Yathrib (later known as Madinah) accepted his message and went back. The next year they brought twelve men with them who met him at Aqaba and made the first treaty with the Prophet (peace be upon him). They pledged allegiance to him (gave him bay’ah), and promised to defend him, support him and host him. The following year, they brought 73 men and 2 women.

The Involvement of Women

The narrations of the seerah always highlight these 2 women, which is worth noting because women were involved in every decision before and after Islam. They played an important part and were at the core of it, so we must not delete them from memory.

Relief from Places you Never Expected

Though the Prophet (peace be on him) had travelled to Taif after the siege was lifted, expecting its people be more receptive, he was pelted with stones til he was bleeding and injured, but never gave up. He mentioned that it never crossed his mind that Yathrib, would be the place that gave him refuge. But it was destined by Allah Almighty. He gives relief from places that you never expected. And as the six people from Yathrib provided the opening to the Prophet (peace be on him) and the cradle which Islam was nurtured, we see how tiny Ripples can eventually create waves.

The Prophet (peace be on him) dealt with the means, though he never relied on them. During the hijrah which took 14 days, (rather than the ten days it normally took) he needed to hide but the only place he could take cover was in a cave. Once he had made an effort to conceal himself, Allah facilitated his concealment.

Thus when we say inallaha ma’ana (Allah Almighty is with us), this protection which is for everyone of us, is conditional. We have to deal with the means and leave the rest to Allah Almighty. We cannot sit back and say ‘Ya Allah, facilitate this, facilitate that’, and do nothing ourselves.

When his companions tied one stone on their stomach to quell their hunger pangs, the Prophet (peace be on him) tied two – he was dealing with the means.