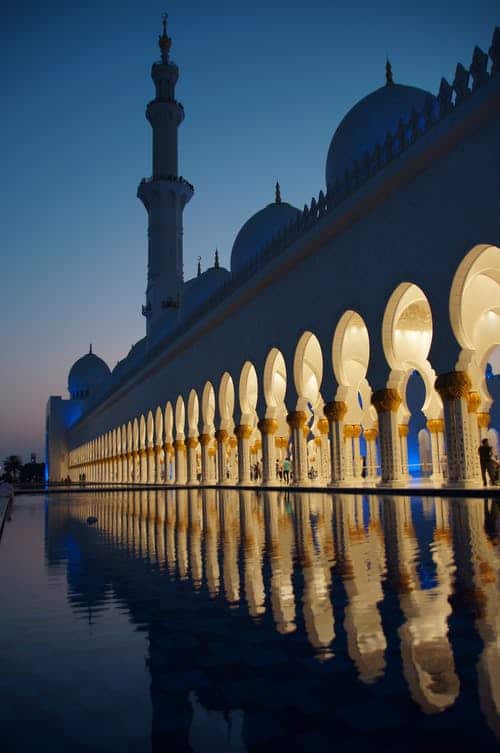 Salah has pillars (arkan) which are essential components. If any of these are missing, then the salah must be repeated.

Salah also has obligatory components (wajib parts), however if these are missed, they can be rectified by making the prostration of forgetfulness, sajda al sahw.

The Pillars of Salah (arkan)

Do we have to vocalise the niyyah?

It is not necessary. It does not invalidate your salah if you do not vocalise your intention. Why do some scholars say it is the sunnah? It is the sunnah of the shuyukh, (not the Prophet, peace be on him) to help the ummah focus on what they are about to pray. Eg Salat ul Dhur. If you know in your heart it is Dhur that is sufficient. The definition of intention is knowing what you are doing. If you hit the wrong motorway, you stop, and start again, e.g you thought you were praying Asr but you realise half way through it was Maghrib, start again. But if you knew in your heart it Asr but you say Maghrib by mistake, that does not matter.

Why is the takbir ‘forbidding’?

The takbir is called ‘forbidding’ because once it has been pronounced, it makes everything after it prohibited except salah. You have entered takbir al ihram, and you cannot answer your phone, have a conversation, eat or drink or make any extraneous action other than salah movements.

Qiyam (standing) is the second pillar (rukn) of salah. For those who cannot stand, they can sit. But if you can stand, you may not sit. Can you pray the sunnah sitting down? Yes, but then you only receive half the reward.

The Prophet (peace be on him) prayed on his camel. If you are unable to stand because you are on a plane or a train you can remain seated. You do not have to repeat your salah later. If you are driving can you pray on your seat? It is better to park and pray. Pull over at the next service station and pray. Unless you are stuck in traffic and you will miss salah, then do tayammum and pray in your seat to preserve the sanctity of the salah in its time, but repeat it later.

If you break your salah, do salam and then break it.

Qira (recitation of the Quran) is the third pillar. Allah Almighty said:

Recite as much as you can from the Quran.

This is from the earliest verses of the Quran in Makkah. This is why the Hanafi school mentioned that recitation is the obligation. Which part of the Quran do we have to recite? Any part which you can recite is fine.

We have a commonly asked question by new Muslims coming to Islam. It is case by case, but we have some leniency. They can pray for first few weeks, in their language and then they learn the Fatiha and short surahs. Until then even the tasbih in the beginning will be fine at the beginning. They may hold a book with the transliteration in front of them and recite from that. If they are wiling to learn, they can catch up in a couple of weeks and start with the Fatiha.

Ruku is the fourth pillar 4. If you missed doing the ruku, you have nullified your salah.

This is the next pillar. If you miss sujood, you salah is not valid.

This is the last pillar.

The wajib of salah

In any salah whether it is fard, or sunnah, reciting Fatiha is obligatory.

If you missed any of the obligations you can rectify it with sajda sahw.

Remember if you miss your salah it is better to repay your debt than to pray sunnah or nawafil (voluntary) prayers.

If you have a doubt in your salah, which is fairly common, and you cannot remember which rakah you are in, the rule is that you build on what is certain (yaqeen). Usually if you have no clue whether you did 2 o3 rakah, you assume you are doing the lower number as that is certain. Do not assume you did 3, as you do not have certainty that you did 3, you have certainty you did 2. If you had this shaq (doubt), then you rectify this with sajda sahw.

If you forget something in your salah. Eg reciting a short surah in the first rakah, and then you remember in your ruku, do not go back and recite it the surah you missed, instead rectify this mistake by doing the sujood as sahw towards the end of the salah.

How to perform Sajda al Sahw