How to Shield Yourself from Family Conflicts 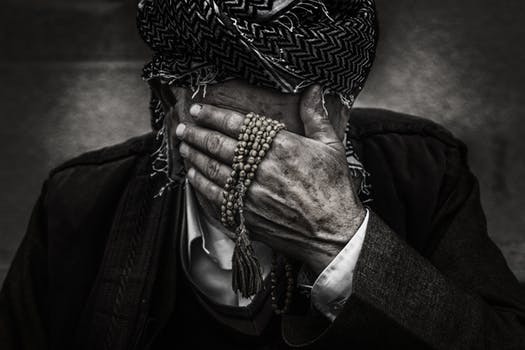 What is the Best Way to Cope with Family Politics?

Indeed in Yusuf and his brothers, there are lessons for men of understanding’
(12:111)

The main focus of the story of Yusuf (peace be on him) and his brothers is the conflict between them.

Allah the Almighty says in this story there are many lessons for those who are seeking them, and if we reflect on the main focus we see plainly the bitterness of the fighting amongst siblings within the very same family, with the same blood.

Though it is not unusual to have disagreements in general or even to have arguments within the same family, it’s very strange when the level of enmity goes beyond all reasonable limits. Yusuf’s (peace be on him brothers said:

‘Kill Yusuf or throw him out to some (other) land, so that the favour of your father may be given to you alone and after that you will be a righteous folk.’ (12:9)

What a strange contradiction – brothers plotting to kill their own brother and at the same time wanting to be righteous. They think they can kill him or throw him somewhere and then repent, wash their hands of their sin and become righteous. Their unwarranted cruelty, plotting and actions break all moral limits.

In fact, Yusuf (peace be on him) had such a special character that he was instantly lovable, not only because of his beauty but also the intelligence, wisdom and charisma Allah Almighty had blessed him with. It is not because his father was favouring him, but that, as evidenced by the surah, even the man who picked Yusuf (peace be on him) from the slave-trader asked his wife to look after Yusuf (peace on him) as he already felt he might adopt him:

‘Make his stay comfortable, maybe he will profit us or we shall adopt him as a son’ (12:21)

You would not say this about a complete stranger unless you could see that the person is special. Hence Yusuf (peace be on him) was, in the eyes of his brothers, exceeding and excelling them and out of their jealousy they wanted to put an end to this. We know that though they plotted and planned:

How to Survive Family Conflicts

Towards the end of the story, which contains the main lesson, Yusuf (peace be on him) tells his brothers of the importance of sabr and taqwa :

‘ Indeed whoever fears Allah and remains patient, Allah does not allow the reward of such people to go to waste.’ (12:90)

These are the two conditions which are the remedy for these calamities. If you have plots within the family, and if you have evil around you, you can protect yourself against it firstly by applying piety and righteousness. Yusuf (peace be on him) mentions these conditions as a mechanism of extricating one’s self from harm. By default taqwa means following the commands of Allah the Almighty and refraining from prohibitions of Allah the Almighty, and thus being obedient to Allah the Almighty is your shield against any evil whether it is external or internal.

‘And whosoever has taqwa (consciousness of Allah), He will make a way for him to get out (from every difficulty). And He will provide him (sources) he never could imagine…’  (65:2-3)

In addition, the second condition for our protection is perseverance with patience:

‘…And if you are patient and fear Allah, their plot will not harm you at all. Indeed, Allah is encompassing of what they do…'(3:120)

And Allah the Almighty says those who are acting with patience will have unlimited reward:

‘…Indeed, the patient will be given their reward without account.’ (39:10)

Abdullah Ibn Mas’ud (may Allah be pleased with him) said:

‘Patience is half of religion.’ (Bukhari)

Attaining Taqwa and Sabr through Perseverance

One of the names of Ramadan is Shahru Sabr (the month of patience), because it is the month in which our patience will be tested. People mistakenly think this means that we will have sabr parachuted down on us, but the reality is opposite, as our sabr is tested on a daily basis. Ramadan is the month of testing sabr, not the month of receiving sabr. Ramadan is therefore a good time to work on ourselves. We need to work harder to increase our taqwa, and we need to work harder to increase our sabr. As Allah the Almighty says:

Be patient, and advocate patience, and be united, and revere God, so that you may thrive. (3:200)

This reveals that patience does not come overnight, but we need to persevere to attain it. We have to learn how to become patient.

Of course we have different levels of sabr and some people are more patient than others but nevertheless we can increase and improve our sabr. When Allah the Almighty says:

‘Whoever is acting with taqwa and sabr, Allah will never waste their reward’

He sums up the one who is patient and pious in one word ‘Al Muhsin.’

Attaining a Higher Level through Taqwa and Sabr

In the very famous hadith of Jibreel, when he came to the Prophet (peace be on him), he asked, ‘Ya Muhammad, tell me about Islam,’ and then he asked, ‘Tell me about imaan,’ and then he asked, ‘Tell me about ihsan.’ Of the three ihsan is the pinnacle; worshipping Allah as if you can see Him. If you reach this level, you become a person of ihsan, a Muhsin amongst Al Muhsineen. Yusuf, (peace be upon him) said the person of ihsan is the person of taqwa and sabr. If we are longing to be at that level of ihsan, then let’s work on our taqwa, let’s work hard on our sabr.

Ultimately victory was given to Yusuf (peace be upon him) against all the plots, all the hurdles, all the calamities which he encountered – going into the prison, preceded by temptation and seduction but due to his taqwa and sabr Allah the Almighty protected him. Similarly when we have any hurdles and conflicts in our life we need to act with taqwa and sabr too.

When we have a fight amongst our Muslim brothers, as we are witnessing in the Gulf, we need to act with taqwa and sabr. If we do this, we keep the evil away insha Allah, but if we react with our emotions and retaliate, it leads to more evil. Remember the Prophet’s (peace be on him) advice:

‘If any one of you is fasting, let him not utter obscenities or act in an ignorant manner, and if anyone insults him or wants to fight him, let him say, I am fasting.’ (Bukhari)

Applying this to the fight now amongst the brothers, it is the same, it’s not just between two people, it is between two tribes, even between two countries, which are Muslim countries abiding to Sharia, so at least one of them should say he is not retaliating. Of course you have the right to protect yourself, but let’s act with taqwa and sabr otherwise we are doing exactly what our enemies want.

When the Prophet (peace be on him) made a special du’a to Allah, he asked for four things. He was given three but he was denied one.  Allah the Almighty did not respond to his du’a:

‘I have asked my Lord not to make this hardship/animosity amongst my Ummah strong,’ (Musnad Ahmad and Ibn Majah)

We see this animosity amongst each other is even stronger than our animosity towards our real enemies, but in the story of Yusuf (peace be on him) we see conflicts can happen in the same house. Though we differ within the same family and argue, Sharia has to dominate our actions and our interactions, not emotions. Let’s look at the bigger picture. Who is profiting from atrocity between Muslims? Without a doubt our enemies. Not us. We have had enough injuries and calamities, so let’s come back and act as Allah stated in the Qur’an. ‘Believers are brothers, so reconcile between your brothers.’ Reconciliation is what we need. And Allah the Almighty clearly said, ‘Reconciliation is better,’ and this is Allah’s word.

Allah Almighty says in another verse in the Qur’an:

‘And when My slaves ask you (O Muhammad) concerning Me, then (answer them), I am indeed Near (to them by My Knowledge). I respond to the invocations of the supplicant when he calls on Me (without any mediator or intercessor). So let them obey Me and believe in Me, so that they may be led aright’ (2:186)

Allah Almighty is already close to us, but when He describes us He says prostrate and come close to Me. It is us who have distanced ourselves from Him, so we have to bring ourselves close to Him.

We need to go back to Allah Almighty, lift up our hands and open our hearts in du’a to Allah to reconcile our brothers and resolve the conflicts in our Ummah and bring sabr and taqwa to our actions. Ameen

Taming the Nafs  – on Self control

Don’t stay in a bad marriage thinking it is sabr. It is weakness.

How to shield yourself from family conflicts

The foolproof way to achieve failure

7 Tips on how to make a marriage work