How to perform Ruqya for Shifa 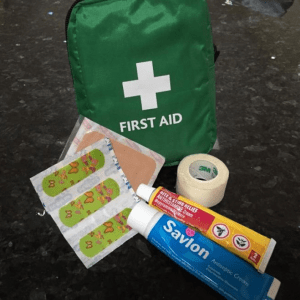 How to perform ruqya

Healing through the Quran

Ruqya is treatment through recitation.

It is up to you how many times you recite these. Though you may only recite it once, or you can recite them as much as possible, such as 7 times each. However it has been the experience of shuyukh that reciting them all 3 times is a good practice.

‘O Allah take away the hardship, O Lord of mankind, give shifa, You are the One who cures, there is no cure except Your shifa, a cure that will not leave any sickness.’

There are six verses of healing (shifa) in the Qur’an.

The most well-known verse of shifa and also the most powerful is:

The 6 ayahs of healing

There are studies which show that non-Muslim patients given randomised treatment with water blessed with Qur’an or ordinary water showed a significantly increased rate of healing when treated with Quranic water.

How to perform ruqya

Reciting Surah Al Fatihah can soothe us – not just spiritually but physically as well. It has the power to protect us from harm as well as to heal us. According to hadith, a new door in heaven opened and an angel descended to earth for the first time to proclaim that Surah Al Fatihah and the end of Surah Al Baqarah were two special lights gifted to the ummah (followers) of Prophet Muhammad (peace be upon him), a gift unlike any verse that has been given to a prophet before. Indeed, the Prophet (peace be upon him) mentioned that ‘Nothing of the Torah, Zabur (Psalms) or Injil (Bible) will match the Fatihah’. Moreover, another hadith suggests that if we recite Surah Al Fatihah and the closing two verses of Surah Al Baqarah we can be granted our du’as for anything during this life or the hereafter.

Ruqya is recited over someone who is ill or is troubled and as protection for one’s family and oneself, as the Prophet (peace be on him) used to recite it on his companions, small children and himself. He used to recite the 3 Quls (Surat al Ikhlas, an Nas and al Falaq). Abu Sa’id al Khudri (may Allah be pleased with him) used the Fatihah as well, which was approved by the Prophet (peace be on him).

Abu Sa’id Al-Khudri (may Allah be pleased with him) narrated:

Some of the companions of the Prophet (ﷺ) came across a tribe amongst the tribes of the Arabs, and that tribe did not entertain them. While they were in that state, the chief of that tribe was bitten by a snake (or stung by a scorpion). They said, (to the companions of the Prophet (ﷺ), “Have you got any medicine with you or anybody who can treat with Ruqya?” The Prophet’s companions said, “You refuse to entertain us, so we will not treat (your chief) unless you pay us for it.” So they agreed to pay them a flock of sheep. One of them (the Prophet’s companions) started reciting Surat-al-Fatiha and gathering his saliva and spitting it (at the snake-bite). The patient got cured and his people presented the sheep to them, but they said, “We will not take it unless we ask the Prophet (whether it is lawful).” When they asked him, he smiled and said, “How do you know that Surat-al-Fatiha is a Ruqya? Take it (flock of sheep) and assign a share for me.” (Bukhari)

In more recent times, a blacksmith became very ill, and found himself becoming very thin and vomiting blood. A pious man, who was not a scholar, but from the awliya (one whose piety has brought him close to Allah Almighty) visited him. He recited an ayah from Surah Isra:

As soon as the man departed, the blacksmith started coughing and spat out a piece of metal.

How to make ruqya effective

The impact of the ruqya depends on the vessel carrying it, meaning the purity of the heart and the station of the one who is reciting it. If the person has complete tawakkul (reliance) on Allah Almighty and feels the weight of what he or she recites, that connection with Allah Almighty enables the Qur’an to have an effect and heal us. Ruqya therefore depends on the purity of intention and correct recitation. If you believe the Qur’an will cure you then it can.

An alternative acceptable method of making ruqya is to recite Qur’an on water and give this to children to drink. To rely on other than Allah Almighty or His words is forbidden and may be tantamount to shirk (polytheism). Examples of this might include wearing an amulet (taweez), especially if it contains any thing other than Allah Almighty’s words i.e. the Qur’an, or praying to graves, in the hope of achieving a cure.

How can we Protect Ourselves from Jinn?

The other type of ruqya is for treating jinn. This is a more complex process, although the same basic principles apply. A special du’a can be downloaded for this purpose from the internet and should be listened to. Specialists in this area are rare and many people are vulnerable to being misdirected to unorthodox practices by unqualified pirs (spiritual guides and healers). We should endeavour to maintain our salah (prayer), adhkar (remembrance), awrad (regular acts of worship) and tilawah (recitation of the Qur’an). Maintaining this connection with Allah and, particularly, with His Name – bismillah, will, insha’Allah, protect us from any harm. We should, therefore, always recite bismillah, especially in the dark, when discarding boiling water in the garden or wash basin, or when discarding bones.

‘Allah’s Apostle (peace be upon him) ordered me to guard the Zakat revenue of Ramadan. Then somebody came to me and started stealing of the foodstuff. I caught him and said, ‘I will take you to Allah’s Apostle!’ Then Abu Hurairah described the whole narration and said: ‘That person said to me, ‘Please don’t take me to Allah’s Apostle and I will tell you a few words by which Allah will benefit you. When you go to your bed, recite Ayat Al Kursi, (2.255) for then there will be a guard from Allah who will protect you all night long, and Satan will not be able to come near you till dawn.’ When the Prophet (peace be upon him) heard the story he said to me, ‘He who came to you at night told you the truth although he is a liar; and it was Satan.’ (Bukhari)

Regarding Surah Al Baqarah, it has been related from Abu Hurairah in Sahih Muslim that the Prophet (peace be upon him) said:

‘Do not turn your houses into graves. Verily, Shaytan does not enter the house where Surat Al Baqarah is recited.’

He (peace be upon him) further explained,

It has therefore been recommended to listen to Surah Al Baqarah daily or every other day in one’s home, as this will keep Shaytan away for three days.

The entire Qur’an is healing, as depicted by its name, Ash Shifa. Allah has asserted:

‘And We sent down in the Qur’an such things that have healing and mercy for the believers.’ (17:82).

Othman bin Abi Al’as al-Thaqafi complained to the Prophet (peace be upon him) about a pain in his body he had been suffering from since he converted to Islam.

The Messenger of Allah (peace be upon him) said to him:

Put your hand where the pain is in your body and say: Bismillah three times, and then say seven times:

If we truly believe in the Qur’an and its healing, then it will be a shifa for us – for our souls, our bodies, our families and society.

Can you do ruqya only in close proximity or for people far away?

This is a point of discussion among scholars, as there is no clear evidence on this from the sunnah.

Do you need to imagine the person or can you just say their name? It does not matter either way, as the core of ruqya is your intention.

If you want someone who is not nearby to have shifa, you can say the ruqya and also the ayahs of shifa if you want, and ask a Allah Almighty to cure them.

There is a misconception due to the hadith, in which the Prophet (peace be upon him) mentioned that 70,000 will enter Jannah without hisab (reckoning) and one of their attributes is that they do not use ruqyah.

Ibn ‘Abbaas (may Allah be pleased with him) that the Messenger of Allah (peace be upon him) said:

“Seventy thousand of my ummah will enter Paradise without being brought to account; they are the ones who did not ask for ruqyah or believe in omens or use cautery and they put their trust in their Lord.” (Bukhari and Muslim)

This hadith is referring to non-Shariah ruqyah which was a common practice before Islam. They had their own methods which were not in line with Islam.

I would like to donate to Utrujj Foundation to help spread authentic knowledge.

How to Receive the Light of Allah in your Heart

How to Root Out Envy

Hasad: How to Avoid Envy

How to Soften the Heart

What is the protection against black magic (sihir)?

Is life unfair when it doesn’t go to plan? Are you envious of others?