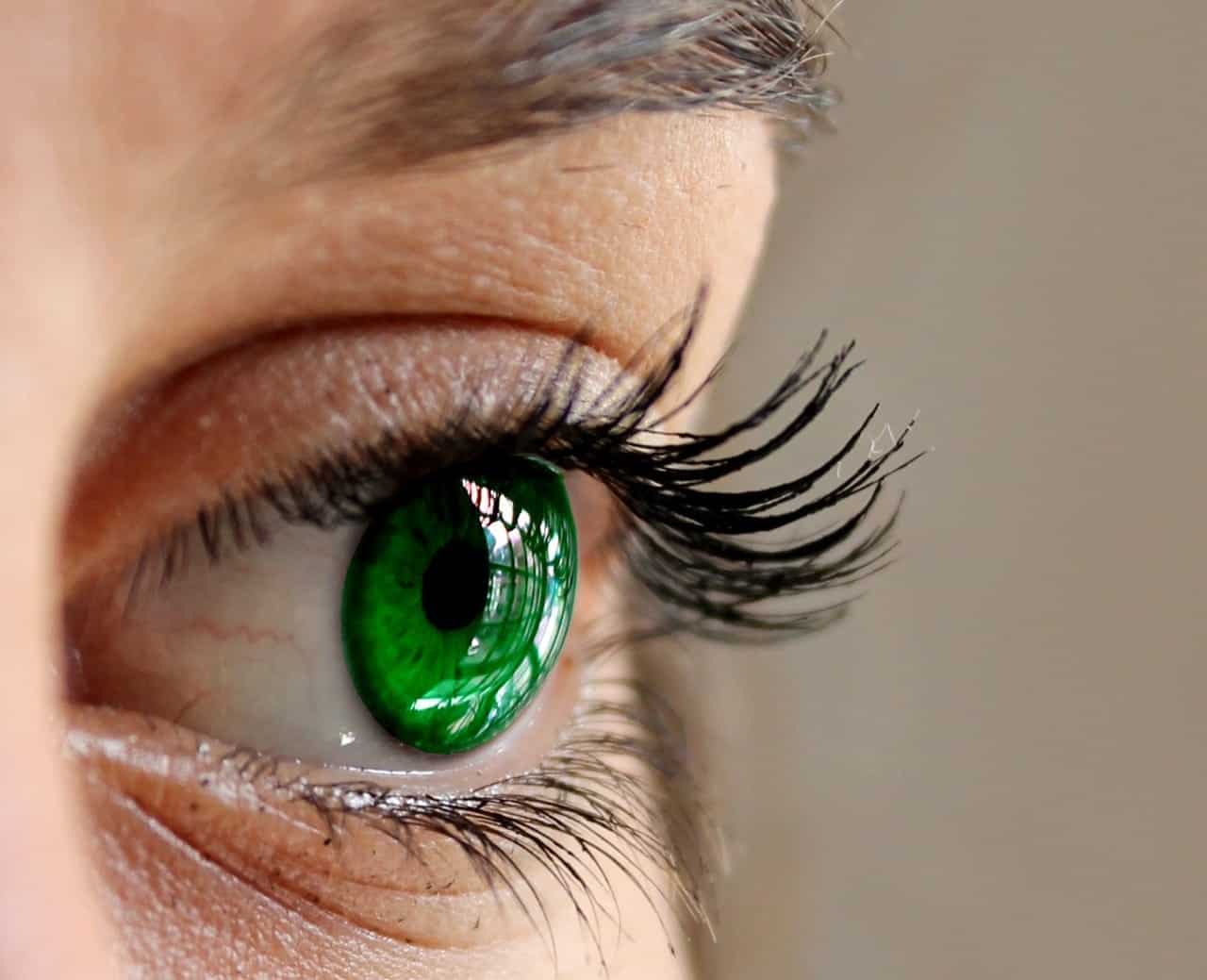 Envy – the Destroyer of Contentment 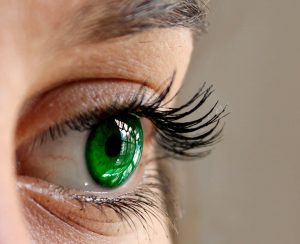 Ill effects of envy on society

Envy is said to be the roots of many diseases of the heart, originally displayed by the accursed Shai’tan. It shows up time and again in many of the social ills we have prevalent in our society like tale bearing, backbiting, slander, hatred, gossip, jealousy, stealing, harming and even murder. Envy is generally blameworthy though it is permissible in a few cases. The Messenger of Allah (peace be on him) allowed envy in two things, he said:

Envy is often disguised as something else, but at its core, it stems from one’s hidden admiration for a perceived blessing in someone else’s possession, and the envier’s inability to rejoice in not having the blessing for themselves. The envier will often belittle others’possession as if to make themselves feel at peace but deep down they desire it. The height of envy is reached when the envier desires the blessing of the envied to be lost and for the envier to gain it even by confiscation if need be.

There are three main sources of all envy: wealth, power and knowledge. But a person could be envied for his intellect, education, beauty, clothes, business, employment, promotion, position, success, public standing, house, car, money, family, having an attractive spouse and lineage. In fact he may be envied for any blessing he may have, the Messenger of Allah (peace be on him) said:

“Every possessor of any blessing is exposed to envy” [Bayhaqi].

Comparing and Contrasting go hand in hand. It is from our human nature that we look to others and compare ourselves to them and then we contrast to see if there are any significant differences. It can be positive to do so, the process let us know areas of development, and encourages us to have that internal dialogue and lead us to take positive action in how we too can aspire to be like our role models. The danger is when the compare and contrasting either leaves feeling superior and thereby feel arrogant or it leaves us feeling inadequate and thereby causing anxiety.

Competing with others[1] is a natural progression from Comparing and Contrasting. The essence of competition is to outdo one another so envy is a natural bi-product. Competition is most intense when people are on a similar footing, therefore, if envy results out of that competition, the manifestation of envy will also be intense.

Lack of contentment and acceptance in divine appropriation is what seals the nail on envy. When one is not content with what Allah has given him, he will always look towards others who are perceived to ‘have more’.

How to overcome envy

Envy could be curtailed by this simple and yet effective. Allah has spoken an eternal truth to bring comfort to our heart with these words:

’It is We who divide their livelihood among them in the life of this world’ [Az-Zukhruf: 43.32].

“Allah gives abundantly to whom He pleases and sparingly to whom He wills; surely Allah has knowledge of all things.” [Al-Ankabut: 29:62]

We realise from these verses that the process of dividing livelihood is entirely in the Hands of Allah, not just in the here and now, but since the beginning of time, and it will forever remain so eternally. Allah is the Creator, the Sustainer, the Noursher and the Provider for His entire creation, He is also the All-Wise. If we accept Allah as our Lord and the Lord of all the worlds, and we trust in His wisdom, generosity, kindness, providence and everlasting treasure trove, then, how can we not be content with His distribution? If one meditates and reflects on this, it will stop him becoming covetous and envious of anyone.

Envy develops within us when we compare and contrast ourselves to others, competition soon follows and if we become discontent in what we possess and long after what they possess. The envious person often doesn’t realise that his envy arises from his discontentment with Allah, that he actually objects to Allah’s management and appropriation of provision amongst His creation. 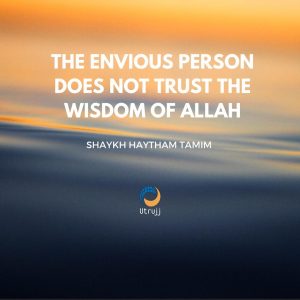 There are three important points in regards to Allah’s distribution that will ease your heart to be content and be satisfied with Him.

Firstly – Allah gives wealth to whom He pleases and you should be satisfied with His decree.

“Allah gives abundantly to whom He pleases and sparingly to whom He wills; surely Allah has knowledge of all things.” [Al-Ankabut: 29:62]

“There is no moving creature on Earth whose sustenance is not provided by Allah. He knows its living and its resting place, and all that is recorded in a clear Book.” [Hud: 11:6]

Who is there that can provide you if He withholds His provision? [Al-Mulk: 67:21]

Secondly – Allah alone knows the wisdom(s) behind favouring some above others, and what may appear to you as blessing may be a test for them.

“Do not strain your eyes with [with longing] regarding the splendour of worldly benefits We have bestowed on some among them to enjoy, for with these We seek to test them, the provision of your Lord is better and more lasting.”  [Ta-ha: 20:131]

Say: “Verily my Lord enlarges and straitens the provision to whom He pleases but most men understand not.” [As-Saba: 34:36]

And thirdly – maintain good opinion of Allah and do not question Him over His distribution.

“Had Allah bestowed abundance of provision upon His servants, they would have transgressed beyond bounds in the earth; but He sends down in due measure as He pleases; He is well aware and well-acquainted of His servants.” [Ash-Shura: 42:27]

“Do they not see that Allah enlarges the provision and straitens it for whomsoever He pleases? Verily in that are signs for those who believe.”  [Ar-Rum: 30:37]

2. Preventing envy arising in yourself

Do not become envious of those who ‘seem to be living’ a more luxurious life than you. Their provision is from Allah as is the many blessings in your life, instead, be content with what Allah has blessed you with. And this will free you from being troubled by the short lived joy of this material world. It is Allah Who created you and He will not forsake you.

If you see something in the possession of another which you would like, do not envy that person. Instead, go to the source of his blessing and ask Allah to provide you with something similar or better and at the same time ask Allah to increase the provision of the envied person. Know the best thing you can ask in worldly matters is for you to be content with what suffices you and does not detract you from preparing for the Hereafter.

3. Preventing envy arising in others

“Every possessor of any blessing is exposed to envy” [Bayhaqi].

Prevent others becoming envious of you by not displaying the favours of Allah bestowed upon you to anyone and everyone. If you see someone showing envy towards you, make supplications to Allah to bless him with what He has blessed you with, not only will this quash away their envy of you, but it is a sure safe way of keeping the favours… because, when you supplicate for your brother in his absence, the angels of the merciful supplicate the same for you. It is also a testament to your character as a believer, for the Messenger of Allah (peace be on him) said:

[1] – Allah permits and encourages competition as a form of mutal encouragement toward righteous deeds, and even so the intention is not simply to outdo one another but to motivate one another in a collective goal of pleasing Allah.

Ghazali on love of status vs true perfection