Don’t miss out on the blessings of Jumuah 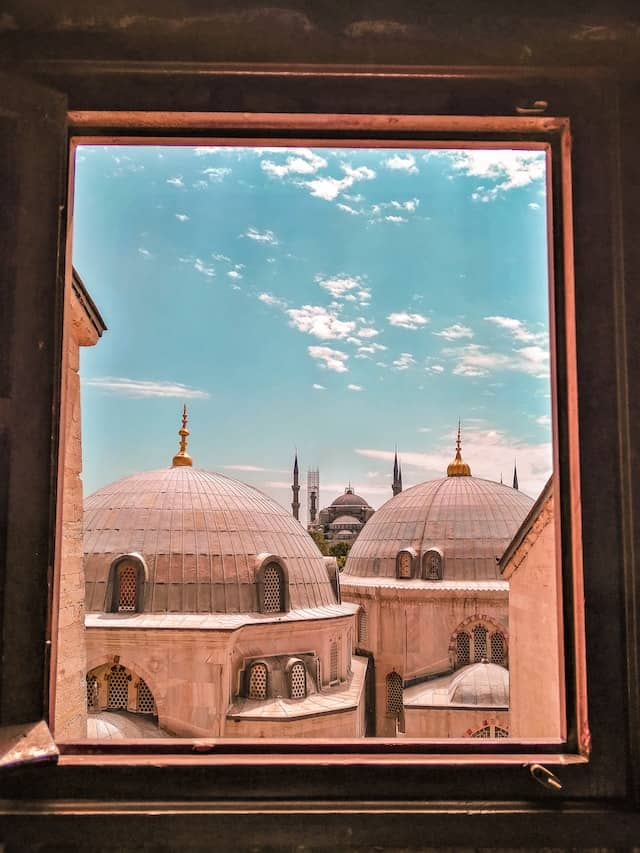 The day of Jumuah is a great day that Allah has given exclusively to this Ummah.

Missing Jumuah Salah is a sin

In Surat Jumuah, it says:

‏O you who believe! When the call is made for prayer on Congregation Day, hasten to the remembrance of God, and drop all business. That is better for you, if you only knew. [62:9]

‏Then, when the prayer is concluded, disperse through the land, and seek God’s bounty, and remember God much, so that you may prosper. [62:10]

‏The surah finishes with the last scene, in which Allah teaches the congregation that the blessings of Jumuah are far greater than doing business or being enteratined.

‏Yet whenever they come across some business, or some entertainment, they scramble towards it, and leave you standing. Say, “What is with God is better than entertainment and business; and God is the Best of providers.” [62:11]

The Prophet (peace be upon him) was delivering his khutbah one Jumuah, when a caravan from Shaam arrived, laden with goods and as was the custom, with entertainment to get the attention of the crowds as a marketing tool.

The background to this revelation is that one day the Companions heard the noise outside the mosque with the hubbub and excitement, they left the mosque to see new goods had arrived. They were curious and excited and rather than focus on their khutbah they were distracted.

Jabir (may Allah be pleased with him):

Allah’s Messenger (ﷺ) was standing while delivering the Khutbah (religious talk, sermon) on Friday when a caravan from Syria arrived. The people flocked towards it till no one was left [with the Prophet (ﷺ)] except twelve men. [Muslim]

Here Allah Almighty is teaching us that Jumuah is an obligation. It is not permissible to neglect praying Jumuah, and if one works during that time, the earnings from it are haram. This is agreed by all schools of thought.

It is not just interest which is haram, but earning during Jumuah time is also haram.

This is why Allah has told us to drop everything and go to the mosque and pray. It takes up to an hour, but that hour is better than anything else.

Allah is teaching us to prioritise the akhirah over the dunya. Not the other way round.

He who leaves the Friday prayer (continuously) for three Friday on account of slackness, Allah will print a stamp on his heart. [Abu Dawoud]

Sometimes people find that the time of Jumuah is a busy time for their trade. They should appoint non-Muslims or women (as they are not obliged to pray in the mosque on Jumuah) so they can continue working during this time, as men are not permitted to negelct this obligation.

Abu Hurayrah (may Allah be pleased with him) reported Allah’s Messenger (peace be upon him) as saying:

“The best day on which the sun has risen is Friday; on it Adam was created, on it he was brought into paradise, on it he was expelled from it, and the last hour will take place on no day other than Friday.” [Muslim]

The virtues of Jumuah

Abu Hurayrah (may Allah be pleaesd with him) reported God’s Messenger as saying:

The five [daily] prayers, Friday to Friday and Ramadan to Ramadan make atonement for what has happened since the previous one when major sins have been avoided.   [Muslim]

Ibn ‘Abbas (may Allah be pleased with him) narrated that the Messenger of Allah (ﷺ) said:

‘This day is an ‘Eid (festival) which Allah has ordained for the Muslims. Whoever comes to Friday (prayer), let him take a bath and if he has perfume then let him put some on. And upon you (I urge to use) is the tooth stick.” [Ibn Majah]

Abu Hurayrah (may Allah be pleased with him) reported that the Messenger of Allah (ﷺ) said:

Walking to the mosque

Aws ibn Aws ath-Thaqafi (may Allah be pleased with him) narrated:

I heard the apostle of Allah (ﷺ) say: If anyone makes (his wife) wash and he washes himself on Friday, goes out early (for Friday prayer), attends the sermon from the beginning, walking, not riding, takes his seat near the imam, listens attentively, and does not indulge in idle talk, he will get the reward of a year’s fasting and praying at night for every step he takes. [Abu Dawoud]

Whether you are walking or driving or riding your camel, whoever makes the effort to go to the mosque is hugely rewarded. There are of course, several other narrations, and variations in the wordings, but they give us a flavour.

Some narrations it says the footsteps or walking towards al khairat rather then jama’a (the congregation), meaning making the journey to do something good – all the effort and preparation that goes into delivering goodness, which includes the congregational prayer, and also visiting someone in need, and giving help and support to others. So the meaning is comprehensive.

How many sunnah rakahs should one pray before and after the Fard?

There are three possiblities:

Waiting in the mosque between salahs

The journey to the masjid or to serve others, deletes sins. Additionally, staying in the mosque and waiting for the next salah, most likely between Dhuhr and Asr or Maghrib and Isha as they are close together also expiates the sins.

Mosques are a part of jannah

The mosque has been classified in many narrations as part of jannah.

The most beloved places to Allah Almighty are the mosques because that they are full of the dhikr of Allah, prayers, recitation of the Quran and circles of knowledge. Staying in the mosque after the prayers could be for a class or to recite the Quran or be in a dhikr circle, these are all in line with the sunnah of the Prophet (peace be upon him), and rewarding actions.

Those waiting in the mosque will therefore be busy in ibadah and in tasbeeh, tahlil, tahmid. Or praying voluntary or missed prayers.

The Hour of Acceptance

The day of Jumuah is a great day that Allah has given exclusively to this Ummah. It is also the day on which there is a special hour – Sa’atul Ijabah – The Hour of Response when we have been promised that our duas are accepted.

Some scholars said this time is during Salatul Jumuah. However Abu Dawood’s narration is the summary of the opinions of the majority of scholars, that the time is between Asr and maghrib, so do your best to seek this special time. Pray for goodness for yourself, your family, the pandemic to be lifted, for the ill to be cured and for blessed provisions.

Abu Hurayrah (may Allah be pleased with him) reported that Allah’s Messenger said:

“There is a time on Friday at which no Muslim will ask Allah for what is good, but will be granted to him.” (Bukhari and Muslim)

Here we can see that if you ask for something which is good related to dunya or akhirah, which is in line with the Shariah during the Special Hour it will be granted. (Not anything like cutting ties or anything disliked). This is confirmed by another hadith.

We ask Allah to enable us to prioritise our relationship with Him and the akhirah over our worldly concerns, and put barakah in our earnings and make us obedient to Him and His call.

The hour of acceptance on Jumuah