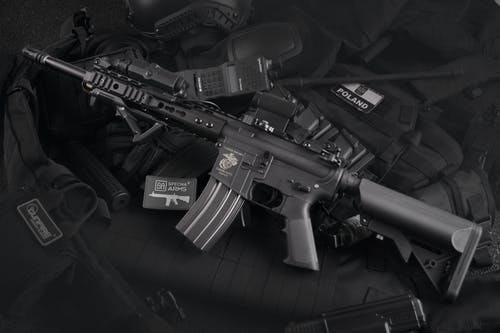 Today’s reminder is about the five signs before the Day of Judgement. Abu Hurayrah narrated that the Prophet (peace be on him) said:

“The Hour (Last Day) will not be established until (religious) knowledge will be taken away (by the death of religious learned men), earthquakes will be very frequent, time will pass quickly, afflictions will appear, murders will increase and money will overflow amongst you.” (Bukhari and Muslim)

1. Death of scholars – the loss of knowledge

In this hadith we see that there are five signs which will appear before the Day of Judgement. The first sign is the loss of religious knowledge through the death of scholars and we have indeed seen a large number of scholars pass away over the last two years, including big international names as well as our dear local scholars and teachers, may Allah have mercy on all of them.

Abdullah bin `Amr bin Al-`As narrated that he heard Allah’s Messenger (peace be on him) saying:

“Allah does not take away the knowledge, by taking it away from (the hearts of) the people, but takes it away by the death of the religious learned men till when none of the (religious learned men) remains, people will take as their leaders ignorant persons who when consulted will give their verdict without knowledge. So they will go astray and will lead the people astray.” (Bukhari)

2. Increase in earthquakes and natural disasters

Sign 2 is earthquakes, as well as floods and storms which we have seen increase over recent years. The changes in the environment and the climate catastrophe we have brought upon ourself are a sign of the Day of Judgement.

3. The barakah will be taken from time

Sign 3 is that time will pass quickly. It feels like yesterday that the pandemic started and yet is has already been almost 2 years. Where did this time go? Time will move quickly and the barakah will be lifted from many things, including time. Your life will be rushing past you.

This means you should prepare for that day, as your time is running out. As Allah Almighty stated in Surat al Kahf:

When the record will be laid out before them, the sinners will be frightened of what they see in it, and they will say, “Woe to us, what kind of record is this that doesn’t leave out anything small or big, it records everything.” They will find everything they had ever done in front of them. And your Lord is not unjust to anyone (18:49)

Invest in the time Allah has given you

4. The increase in trials and tribulations

Fitan trials and tribulations) will appear. Fitan are things that make you confused and you become unsure whether you should or should not do something, the halal and haram will appear blurred and you will not be clear what is right or wrong. Not everyone will be in that boat, but many will be the boat of fitan.

In such a situation those who remain steadfast will earn huge reward. Ma’qil bin Yasar (may Allah be pleased with him) reported that the Messenger of Allah (peace be on him) said:

The Prophet (peace be on him) used the term al-harj, which Ibn Faris, the great linguistic scholar explained in his book Mu’jam Maqayyis al Lughah as chaos and confusion. The Prophet (peace be on him) defined it as bloodshed, as the chaos leads to killing. We are seeing this in Afghanistan, where there is a great deal of harj. We have seen so many tragedies that we have lost count.

Throughout the world there has been ongoing harj in Syria, Palestine, Yemen, Somalia, Myanmar and in China against the Uighurs. The list goes on. The perpetrators do not even know why they are killing machines, but most likely they have been brainwashed into thinking they are killing the enemies of Islam. They are deluded and killing with no reason.

In another hadith, Abu Hurayrah reported Allah’s Messenger (peace be on him) saying:

Abu Hurayrah reported Allah’s Messenger (peace be on him) as saying:

We see that the one who killed will not know why he killed and nor will the one who was killed because of the confusion. There will be senseless killing, to the extent that people will murder their own close family members-fathers will kill their sons and sons will kill their brothers.

The Companions were shocked by this and asked him how this could be happen. They wondered if those who could do such a thing will be in their right minds, and the Prophet (peace be on him) told them that most people at that time will lack reason. And people would be surrounded by those who have no aql (sense). They will be crazy and they will be leading the way and we, the general public will pay the price.

Abu Musa narrated that the Messenger of Allah (peace be on him) said:

This is a sign of the Day of Judgement and what shook me was the question of the Companions who wondered whether the perpetrators could possibly be sane when they carried out such brutality, and the Prophet (peace be on him) replied that they would not be. Sadly we have lived to witness this. People have lost their minds and in this state they are carrying out heinous atrocities.

The fifth sign is that there will be plenty of money, as we are seeing around us. Though at the same time we see plenty of poverty and hunger and destitute people.

We need to understand the principles of the Shariah and live by our principles to avoid becoming part of these fitan or supporting these fitan in any shape or form. We ask Allah Almighty to enable us to see the truth and follow it and to avoid fitan and harj. Ameen.