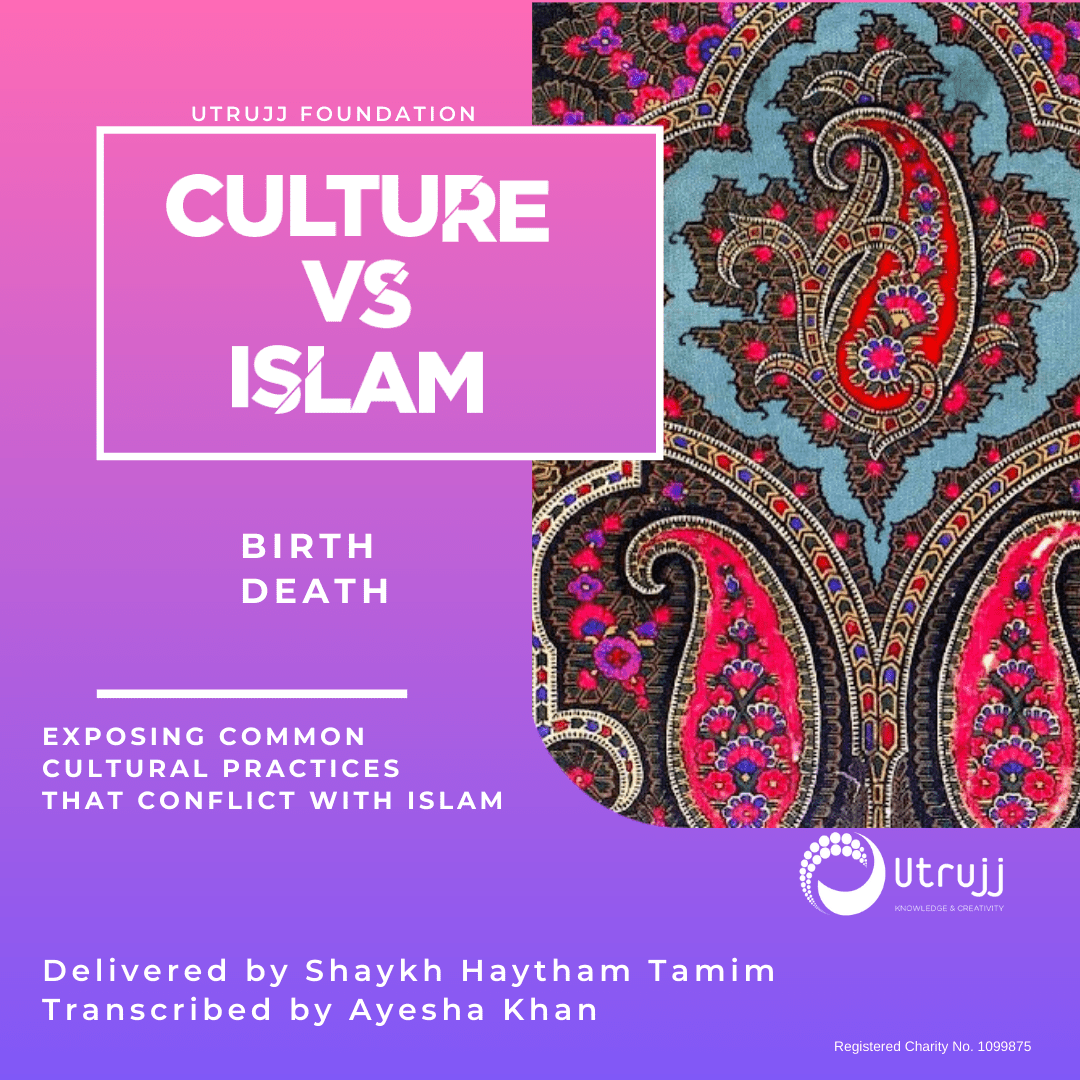 Why do we need to think about culture?

Over time, practices change, societies change and customs change, which is why Allah Almighty sent messengers to bring people back on track, back to the straight path. When they went off track, Allah Almighty would send guidance to clarify what was acceptable and what was not.

In every era and every century and every country we have cultural issues, and it troubles me a lot when these cultural traditions and customs go against our Islamic principles. As time goes on these practices become entrenched. They become so prevalent that it is hard to tell culture apart from Islam. We find it hard to distinguish between where Islam ends and culture starts.

The fact we have cultural issues is not a modern problem, cultural issues existed during the prophetic time itself. When the Prophet (peace be on him) was sent with the Quran and the shariah, he did not abolish all culture and start from zero. It is wrong to believe this was the case.

Over the last 25 years I have accumulated common issues which affect people from different backgrounds – the Middle East, the Indian subcontinent and others, and I decided to collate them and deliver a course on it. Here is the book that covers issues relating to birth and death. We will explore: What is Islamic and what is not?

Why do we need to think about culture?

Are culture and Islam incompatible?

How do you define culture?

What references are there to culture in the Sunnah?

What are the 7 sunnahs that should be carried out at the birth of a baby?

Can you hold a baby shower?

Is it haram to celebrate birthdays?

Is it alright to ask for death?

What sort of death should you pray for?

If someone is critically ill, what is the best surah to recite?

What are the signs of a good death?

What should you do when someone is dying?

What can you do at the bedside of the one who is dying?

What dua should you say for the deceased?

How do you prepare the dead body?

Where is the soul when the body is having ghusl and in the mortuary?

Can you transfer the body of a person from one country to another?

Does the deceased feel pain?

How do you perform salatul janaza when the deceased is absent?

What are the etiquettes of burial?

Should you recite the talqeen at the graveside?

Can women go to graveyard?

What are the etiquettes of the graveyard?

What does iddah involve?

Can you hold a Khatam al Quran or recite the Quran for the deceased?

Can you mark a death anniversary?

Is it ok to permit a post-mortem?

Is Euthanasia permitted in Islam? 52

Is suicide choice or destiny?

Ghazali’s 20 Rules for Dealing with People