Ghazali’s 20 rules for dealing with people 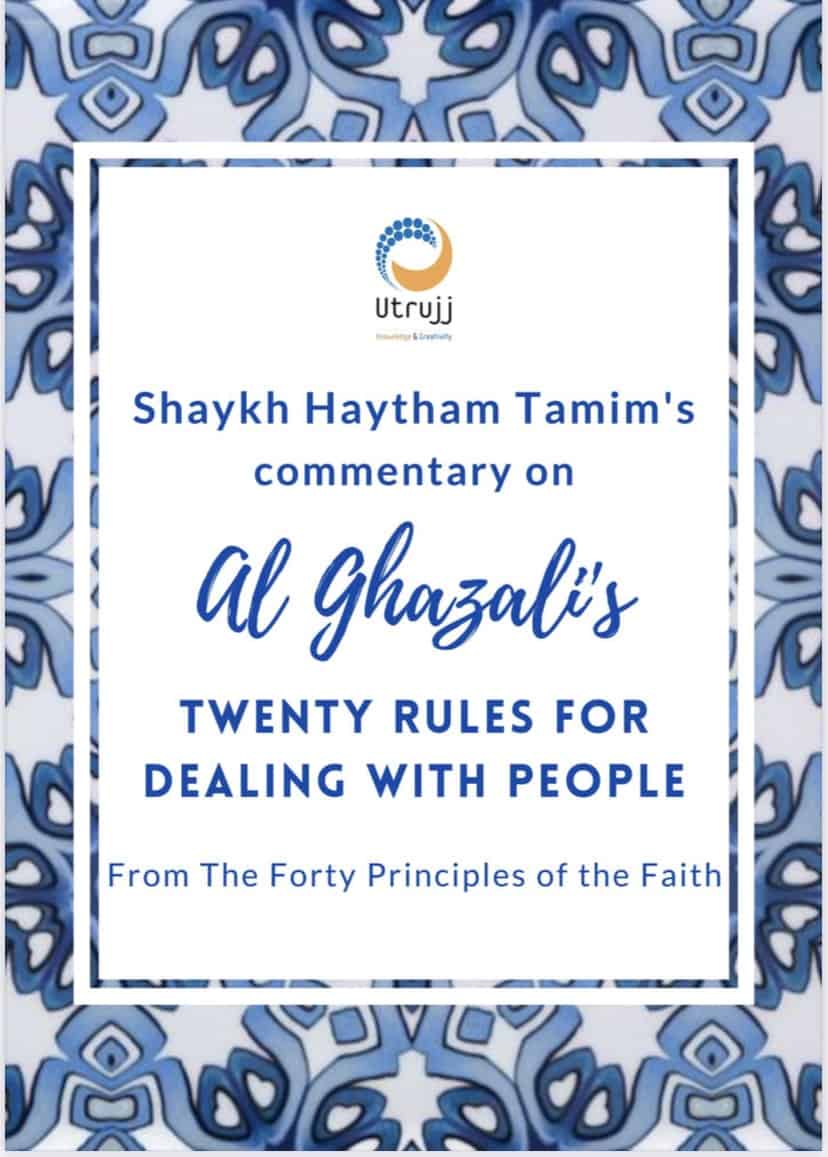 Download your FREE booklet on Ghazali’s rules on how to deal with people.

Life is a journey to Allah which we do not pursue alone. We are not an island – we are surrounded by people, friends, family, colleagues, neighbours, those whom we employ and those we work for, and, fleetingly, those people we pass along the way.

These interactions are fraught with a variety of emotions – currents of emotion bubble up inside us and at the same time, we are beset by various inner drives that Allah Almighty created within us, which we struggle to restrain.

Ghazali gives twenty rules of how to deal with others. Though there are many, he chose twenty which he thought were the priorities.

This booklet is my commentary based loosely on Imam Ghazali’s Kitaab Al-Arba’in Fi Usul ad-Deen, ‘The Forty Principles of Faith’, which he wrote before his death as a summary of his great work Ihya Ulum ad-Deen, ‘The Revival of the Religious Sciences’, one of greatest works on Muslim spirituality, and one of the most read works in the Muslim world, after the Quran.

With a short biography of Imam Ghazali by Dr Musharraf Hussain Al Azhari, OBE, DL, translator of the Majestic Quran