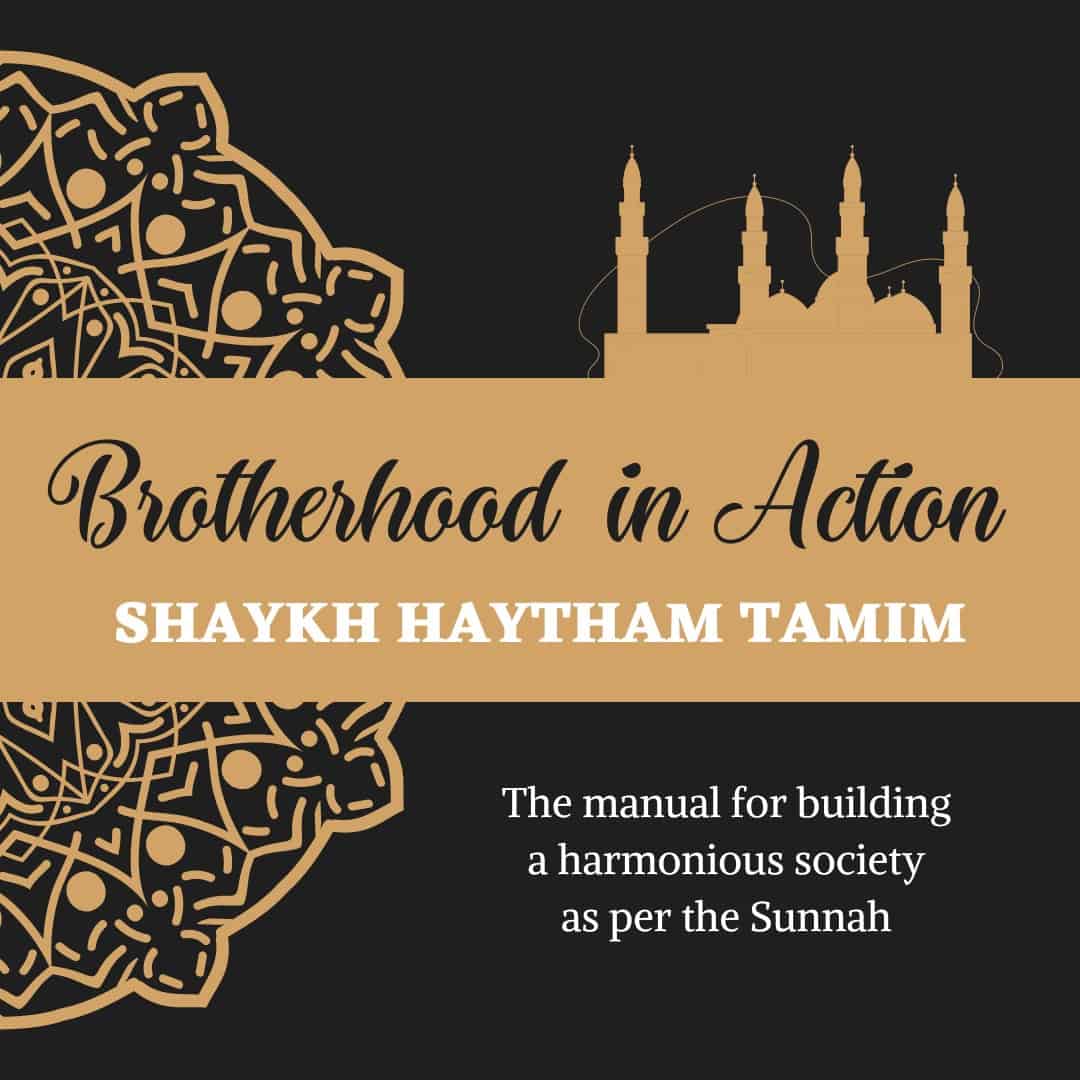 The manual for building a harmonious society as per the Sunnah

Summarising compassion and brotherhood in Islam is a mammoth task, but this booklet will give a brief overview of the topic.

Believers are but a single Brotherhood: So make peace and reconciliation between your two (contending) brothers; and fear Allah, that you may receive Mercy. (49:10)

This is one of the major verses on this topic as well as the hadith from the Sunnah of Prophet Muhammad (peace be on him), as narrated by An Nu’man ibn Basheer:

“The example of the believers in their affection, mercy, and compassion for each other is that of one body. When any one of its limb aches, the whole body reacts with sleeplessness and fever.”

This particular hadith is my favourite hadith on this topic. When the Prophet (peace be on him) talks about the attributes of love and mercy and compassion, these are not the exclusive property of Muslims, but we share them with the entire human race. The unique point in this hadith is the Prophet’s (peace be on him) description of the relationship binding the believers together as a single body.

There are more than three million words in Arabic, but from these three million the Prophet (peace be on him) chose one particular word, when he could have chosen any other. We need to reflect on this metaphor, as he specifically chose it. When I do a workshop on this, I usually distribute different limbs to the attendees. All together the limbs make up the body. However on his own, no attendee can claim he, by himself, is the body. In other words, all of us together constitute the body. Each limb is different in its nature – the heart, the blood circulation, lungs, brain. Just as the members of the human race, or any community or any family each one has differences. Yet despite their differences, they have to function together to make the body work. This is what the hadith is teaching us. You have to celebrate your differences, and work together as the body does. If we attack each other we will die. In various illnesses, such as arthritis, certain cells of the body decide to attack the body, causing a major problem. The Prophet (peace be on him) is confirming that we need to be tolerating and accommodating towards one another, feeling compassion for each other.

The topic of love, which no extremist will ever mention, is covered by a vast number of narrations, including sound narrations from Muslim, Bukhari, Imam Ahmed, Tirmidhi and so on.

How do you achieve it and what are the benefits and the barriers to it? In this Free Booklet we will look at:

Islam is a guide to living a fruitful life not just as an individual but also collectively as a society. Each directive and recommendation in the Quran and the Sunnah lead to one’s self development spiritually and socially and impact one’s relations with those one interacts with, bringing about a positive environment. Some steps are as simple as a smile, others require a greater effort to overcome man’s propensity to look out for himself and fulfil his own desires. Yet it is precisely when we look beyond ourselves that we create the best environment for ourselves to thrive and flourish. It is when individuals initiate and follow the Sunnah that we curb toxic practices within society which lead to disunity and conflicts that fester and divide communities and the Ummah at large. The power to transform society lies in the hands of every individual who is part of it.

Shaykh Haytham Tamim, the founder and main teacher of the Utrujj Foundation defines himself as a knowledge seeker. Praise be to Allah, his Foundation was the pioneer in disseminating Islamic knowledge in the UK over 20 years ago.

His extensive expertise spans over 30 years across the main Islamic jurisprudence schools of thought and different Islamic denominations through highly advanced classical and religious texts.

Prior to coming to the UK, he established an office for the research and publication of important manuscripts and published three books on Comparative Jurisprudence (Fiqh). He also worked in Lebanese Shariah courts as a trainee judge.

In 2000, Shaykh Haytham moved to the UK, where he founded Utrujj to spread the message of Islam with an emphasis on clarity, authenticity and practicality.

Due to his wide breadth of experience, he is a scholar and advisor on Islamic Finance and Shariah for international organisations ranging from investment firms to legal and accountancy firms. In addition, he has 20 years of experience advising British lawyers, as well as charities such as Save the Children and UNICEF.

Shaykh Haytham Tamim is leader of the Lebanese Sunni community in the UK under Dar Al-Fatwa in the UK and an authorised Faqih with knowledge of the Shariah. He takes a keen interest in promoting love and tolerance within the Muslim community as well within wider society, and voicing the need for social justice.

Ghazali’s 20 Rules for Dealing with People