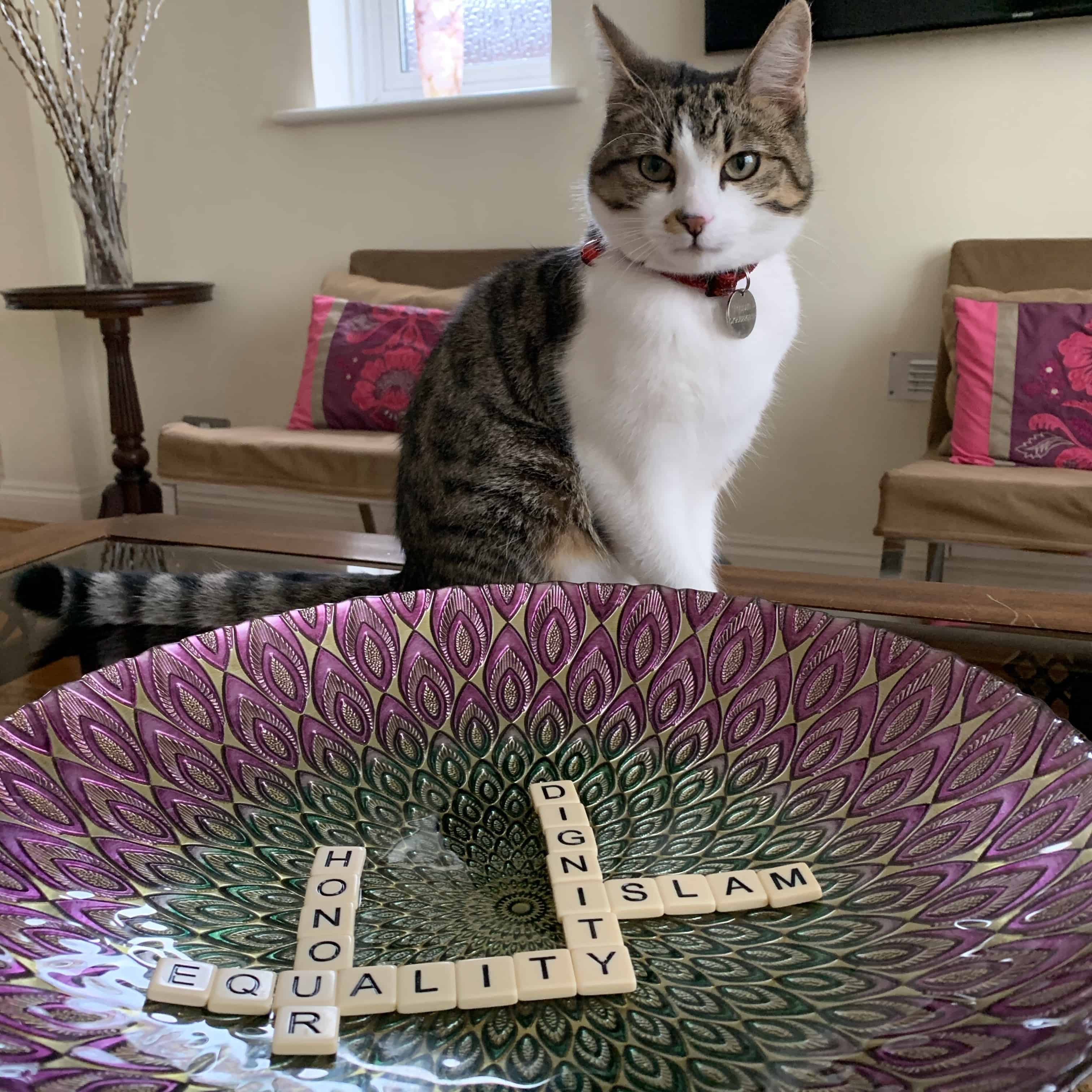 Allah Almighty mentioned in the Quran,

We have dignified or honoured the children of Adam. (17:70)

This is the only ayah in the Quran which has the word ‘karramna’ (honoured). Allah Almighty has therefore given dignity and honour to the children of Adam, all of them. This honour is a given from Allah Almighty, a gift. This means we have to respect people and dignify people, regardless of their race, colour etc.

No one has the right to humiliate another person and there are plenty of narrations, such as

All things of a Muslim are inviolable for his Muslim brother: his blood, his property, and his dignity. (Muslim)

You are not allowed to kill him, or take his property or despise him. And in fact, this extends to all people, not just Muslims, as human dignity has been given to every human as Allah dignified the children of Adam: ‘Karramna bani Adam’.

No one is permitted to humiliate himself

The Prophet (peace be upon him) said that a Muslim is not allowed to humiliate himself. (Muslim)

A man of the Ansar came to the Prophet (ﷺ) and begged from him.

He gave these to him and took the two dirhams and, giving them to the Ansari, he said: Buy food with one of them and hand it to your family, and buy an axe and bring it to me. He then brought it to him. The Messenger of Allah (ﷺ) fixed a handle on it with his own hands and said: Go, gather firewood and sell it, and do not let me see you for a fortnight. The man went away and gathered firewood and sold it. When he had earned ten dirhams, he came to him and bought a garment with some of them and food with the others.

The Messenger of Allah (ﷺ) then said: This is better for you than that begging should come as a spot on your face on the Day of Judgment. Begging is right only for three people: one who is in grinding poverty, one who is seriously in debt, or one who is responsible for compensation and finds it difficult to pay. ( Abu Dawoud).

That is how he ﷺ taught the man to earn a living and preserve his dignity. He always encouraged people to elevate themselves.

The upper hand is better than the lower hand. (Bukhari)

The upper hand is the one which gives and lower hand which takes, so always be the upper hand, rather than the lower hand for the sake of your dignity.

If you want to see it from an economical point of view, he’s encouraging start up, new businesses, he’s encouraging people to create business which will feed into the economy and make money circulate and this will give booster to our economy, which is something very good.

Along with dignity, equality is a core principle of Islam.

There are different definitions of equality. Old and new. And now the topic has become more complicated than before.

O mankind, We have created you from male and female and made you into nations and tribes in order for you to know one another. Verily the most honourable of you before Allah is the one who is the best in his conduct. (49:13)

The most honourable is not based on race or nationality or gender whatsoever. Allah Almighty is saying equality is based on your merits and your actions. Not on your colour or your gender. It has nothing to do with that.

No one is superior to another because of his gender, colour or tribe.  As per the hadith, which confirms this:

Verily, Allah does not look at your appearance or wealth, but rather he looks at your hearts and actions. (Muslim)

What matters is what is in your heart – your intention, where you are coming from, why you are doing this, the aim behind your action and the action itself. If it’s in line with the revelation then it will be accepted.

Sadly we have a two tier system in place. We can’t see equality in practice.  We see people in positions of power protected. We can’t touch them, no matter how corrupt. This is not equality or justice. The Prophet (peace be on him) taught us this absolutely haram:

Those who came before you were destroyed because if a rich man among them stole, they would let him off, but if a lowly person stole, they would carry out the punishment on him. By Allah, if Fatimah bint Muhammad were to steal, I would cut off her hand.’ (Bukhari and Muslim)

Being with the jama’a the congregation is part and parcel of being a Muslim. It is one of the main principles. What is the jama’a. It is supporting the opposition of being alone. Islam is not a religion of isolation or self-centred. Our religion is community based.

Just look at surah Al-Fatihah, which we recite daily in our salah, a minimum of 17 times, it typifies community spirit. Where is the community spirit? Surely the salah is a conversation between you and Allah in the first place? Yet in the words, ‘You alone we worship, and from you alone we seek help’, we use the plural form, not the singular ‘You alone I worship’.

Why is it ‘we’? It’s the community spirit.

‘You alone we worship’

You have to include your brothers and sisters in your salah. And this is the training every day. We do it knowingly or unknowingly.

It creates in us, a community spirit. Then we continue:

Again, we say ‘Guide us’ not ‘Guide me’ as Allah Almighty is encouraging the community to support one another and live by the community. Not to be separated, scattered as we are now.

And in the sunnah there are plenty of narrations, in that direction, for instance:

Allah’s support is with the jama’ah congregation. (Tirmidhi).

He is The Almighty with the group, with the ummah with the jama’a.

And there are plenty of other verses, prohibiting disunity and conflicts within the ummah, such as:

Hold fast all together to the rope of Allah, and do not be disunited. (3:103)

How do we do this? We do this through love.

On the authority of Abu Hamzah, Anas bin Malik (may Allah be pleased with him) – the servant of the Messenger of Allah (peace be upon him) – that the Prophet (peace and blessings of Allah be upon him) said:

In another narration he says peace be upon him:

The servant does not reach to the peak of imaan until he loves for people what he loves for himself. (Ibn Hibban)

The narration doesn’t refer only to Muslims. It’s beyond the Muslim community. He’s training us to love everyone, not just your fellow Muslims. Love everyone. Regardless of their faith, their background etc. Love goodness for everyone.

Now if they’ve done something wrong, hate what they are doing, but not the people themselves.

The Prophet (peace be upon him) is encouraging the ummah to live by these principles. Be people of love, people of dignity, people of respect, people of honour, people of justice.

And these are not just Islamic principles, I would say, it should be universal principles. All people should adopt these principles.

So universal values – having love, having dignity, having justice, having equality, having freedom make us better individuals and better communities.

And the aim of the whole religion, Allah Almighty told humanity is for them to  achieve two things:

Worship Allah and become better humans in character and in conduct.