The Main Principles of Islam 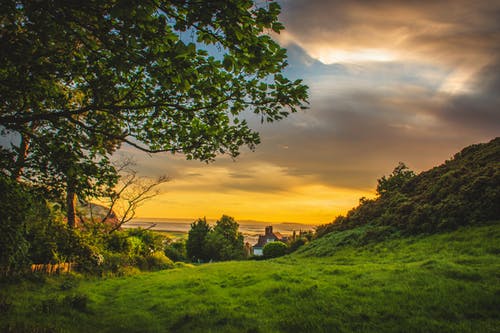 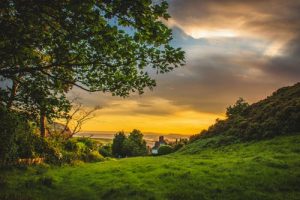 Throughout my studies of Shariah, over 30 years now, we keep referring to the general principles of Islam.

The general principles are an expression that is referred to widely by my shuyukh teachers, their teachers and their shuyukh and throughout our literature. One day, in the Monday circle I deliver, I was asked by some of my students to tell them about these main principals. Where are they mentioned? Is there any book which covers this topic? And I realized that though these are mainstream principles in Islam which everyone should know, there’s no book I am aware of which has collated them.

That night I didn’t sleep very much. I was thinking about these main principles and began writing down everything that came to my mind about them. Of course it goes without saying that there are 5 pillars and 6 articles of imaan, but there was more to it than that. I finished the first draft that night, I reached 70 plus principles, I wrote them down and thought I’ll start from here.

The principles are so embedded in our deen, that if an ayah at face value seems to contradict it, we have to dig deeper to understand the ayah, because it cannot go against the core mainstream concepts of Islam.

How to define a main principle

A kulliyyah is a general rule that has many branches related to different topics.

The vertical and horizontal dimension

The vertical: Our relationship with Allah

Top of the list of principles we have imaan (faith) – believing in Allah, His messengers, His angels, His books, the day of judgement and destiny. There is no excuse for anyone not to know these six articles of faith.

Of course it’s well known and very beautifully explained in the hadith, which we know as hadith Jibreel. It documents the occasion when Jibreel came to the Prophet Muhammad (peace be upon him) in the guise of  man and asked him ‘Tell me about Islam, tell me about imaan etc. The Prophet (peace be upon him) answered Jibreel succinctly yet comprehensively and explained the pillars of Islam and the articles of faith.

Can imaan increase and decrease

These articles of imaan set out our relationship with Allah Almighty.

How do we improve our imaan?

In the Quran there are plenty of verses which mention the increased and decrease of imaan. Allah Almighty says in Surah Muddaththir:

And whenever there comes down a Surah, some of them (hypocrites) say: “Which of you has had his Faith increased by it?” As for those who believe, it has increased their Faith, and they rejoice. (74:31)

This may seem straightforward but it is a matter of great debate among the schools of thought. There are 2 different understandings of this concept. The Hanafi School say imaan does not increase or decrease. The essence of Iman does not increase what increases is the actions. Other schools say it does increase because Allah Almighty says:

The believers are those whose hearts tremble when God is mentioned, and when His revelations are recited to them, they strengthen them in faith, and upon their Lord they rely. (8:2)

Though it says here clearly that imaan increases and strengthens, the Hanafi school interpret this to mean that Allah Almighty is talking about the number of actions which accompany imaan increase or decrease but not imaan itself, which stays constant. This gives a flavour of the differences amongst the scholars regarding this topic.

How to protect our imaan

We have boundaries and fences around imaan. If we were to break these fences and overstep these boundaries it adversely affects our imaan. And this is why Allah Almighty set the ‘hudud’ (limits) for us.

Whoever oversteps the limits or breaks the boundaries is wronging himself first and others sometimes. It is an act of self- harm.

The most significant booster of imaan

The head of the matter is Islam, its pillar is the prayer. (Tirmidhi)

Sometimes we pray, but we cannot see the reflection of our salah in our daily life, because we are not performing the salah properly. We need to improve our salah and make it proper in accordance with the sunnah of the Prophet (peace be upon him), who said:

‘Pray the way you have seen me praying’. (Bukhari and Muslim).

Increasing our imaan through salah is priority number one. Then through the recitation of the Quran and understanding the Quran.

You do not have to be an Arab to understand the Quran. No. This is a ploy of shaitan to take you away from Allah. We definitely increase our imaan through understanding the Quran. The more we understand it, the more we apply the Quran, the more we recite it in our salah and it reflects on our imaan.

The Quran and the salah are an imaan-booster five times a day. Just like our 5 fruits a day, they are vital for our health. They make us closer to Allah Almighty, helps us control our anger, reduces blood pressure, rids us of anxiety, and is an antidote against depression. So salah has all benefits.

The knock on effect of salah is the increase in good actions, because imaan has to be accompanied by postive actions. When you read the Quran, almost always you find the phrase:

Why did Allah Almighty connect imaan with action? Because imaan shouldn’t be passive. Imaan is active. Saying ‘La ilaha illallah Muhammadun rasulullah’ is good, but where is the action to accompany it? The Messenger of Allah (ﷺ) said:

Islam has been built on five [pillars]: testifying that there is no deity worthy of worship except Allah and that Muhammad is the Messenger of Allah, establishing the salah (prayer), paying the zakat (obligatory charity), making the hajj (pilgrimage) to the House, and fasting in Ramadhan. (Bukhari & Muslim)

Here we see that Islam has been built on 5- the shahadah first and then salah (action), zakat (action), hajj (action). Thus Islam is a combination of shahadah, which is the expression of imaan and the proof of imaan through actions – zakat, siyyam and hajj. If you have no actions, then your imaan is very passive.