Muharram and Hijrah – the lessons and virtues 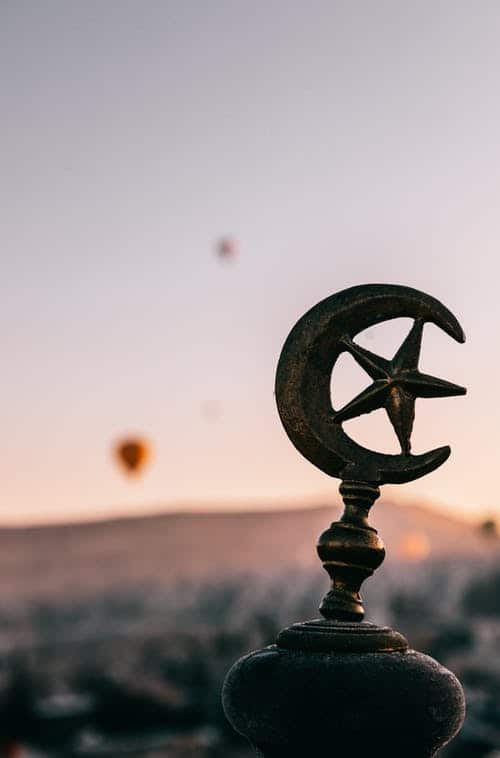 Today’s reflection I about the Hijra (the migration of the Prophet Muhammad, peace be on him to Madinah) and Muharram. Every year people celebrate the New Islamic Year. The conflation of Muharram with the Hijra was introduced later, as in fact the migration took place in Rabbi al-Awal not Muharram.

The date of Hijrah

The Ansar (the believers in Madinah) made their second pledge (baya) to the Prophet (peace be on him) during Hajj in the month of Dhul Hijjah and then the Prophet (peace be on him) prepared himself and his Companions and as ordained by Allah Almighty, gave his Companions the permission to migrate. Then he migrated from Makkah to Madinah in Rabbi al-Awwal.

During the caliphate of ‘Umar (may Allah be pleased with him) the Muslims felt their lack of a calendar, as they were sending letters and messages and wanted to put a date on them, so they decided that their calendar would begin with the year of the Hijrah, not the month. However as Muharram is the first month of the year, it has become associated with Hijrah.

What are the lessons of Hijrah

First we learn the lesson of patience and perseverance. In Makkah, the Prophet (peace be on him) was establishing the tawheed (monotheism) of Allah in a polytheistic society filled with statues and idols and other gods which they took for themselves, like jinn and angels. The Prophet (peace be on him) was combatting these corrupted theological ideas and introducing the concepts of true justice and fairness and the idea of humans and dignity. He supported the oppressed and the needy. The Quraysh could not tolerate such revolutionary ideas, as it gave rights to the slaves and those they had been oppressing.

The Prophet (peace be on him) had given dawah (invited people to Islam) for 13 years until 610 CE, and withstood escalating torture and persecution and threats during this time. Only a very tiny minority had accepted the divine message he had brought. We do not have accurate statistics, but we estimate that only about 100 had accepted Islam. He had hit a dead end, so he shifted his attention to other places and then Allah Almighty opened Madinah for him as the city which would welcome Islam.

At that time Madinah was known as Yathrib, and it took him 14 days to get from Makkah to Madinah although it is 480km, as he used an unfamiliar route to protect himself from assassins along the way.

The main lesson is the Prophet’s deep trust in Allah. He did not take it for granted that as he was a prophet of God, he would be protected. He took precautions and went off the beaten track so that he could escape safely. He made a plan (or rather plans, as he had a plan A and a plan B) and he was as prepared as he could possibly be.

Being rescued from danger

Despite all their preparations, the Prophet (peace be on him) and Abu Bakr (may Allah be pleased with him) who accompanied him, were about to be killed, but Allah Almighty protected them. He shielded them and delivered them safely to Madinah.

We learn that if you have an aim you need to work to achieve it. It is not a smooth road, so you need sabr and you have to be strong, mentally and spiritually. You have to pick yourself up and continue your way to reach your goal, which is Allah Almighty. When the Prophet (peace be on him) was pelted by stones by the children of Ta’if he did not give up. Therefore, we need to keep going, to have a growth mindset and see setbacks as opportunities to develop, to keep working on our character and changing the course of our community to make it better and more in line with revelation and in line with what pleases Allah Almighty.

The definition of Muhajir

There is no hijrah after the Prophet’s Hijrah (peace be on him) however you can attain the reward of migrating, as worshipping your Lord in the time of fitnah (test and tribulations) is like hijrah. Therefore, reap this reward and do not be consumed by dunya around you.

A’ishah (May Allah be pleased with her) narrated that the Prophet (peace be on him) said:

“There is no emigration after the conquest (of Makkah) but only Jihad [(striving and fighting in the cause of Allah) will continue] and good intention.” (Bukhari and Muslim)

The reward during times of trial is multiplied. Ma’qil bin Yasar (may Allah be pleased with him) reported that the Messenger of Allah (peace be on him) said

The reward of fasting in Muharram

We have plenty of narrations in which the Prophet (peace be on him) asked the Jewish people why they fasted on 10th Muharram and they said it was because that was the day that Allah saved Musa (peace be on him) from Firaun.

“Then We inspired to Moses, “Strike with your staff the sea,” and it parted, and each portion was like a great towering mountain. And We advanced thereto the pursuers. And We saved Moses and those with him, all together. Then We drowned the others. Indeed in that is a sign, but most of them were not to be believers. And indeed, your Lord – He is the Exalted in Might, the Merciful.” (Surah Ash Shu’arah, 63-68)

The Prophet (peace be upon him) came to Madinah and saw the Jews fasting on the day of ‘Ashura’. He said, ‘What is this?’ They said, ‘This is a righteous day, it is the day when Allah saved the Children of Israel from their enemies, so Musa fasted on this day.’ He said, ‘We have more right to Musa than you,’ so he fasted on that day and commanded [the Muslims] to fast on that day.” (Sahih Al Bukhari)

Abdullah ibn Abbas reported that the Messenger of Allah (peace be upon him) said:

Fast the day of Ashura. Don’t follow the Jews; fast one day before it or one day after it. (Ahmad, and Ibn Khuzaymah)

He said that when God’s Messenger (peace be on him) fasted on the day of ‘Ashura’ and commanded that it should be observed as a fast, he was told it was a day held in honour by Jews and Christians, and said, “If I am spared till next year I shall fast on the ninth.” (Muslim)

These are authentic narrations but the confusion is how come he had lived in Madinah 10 years but he not fasted on 9th during this time. The reason is that in the beginning he used to comply with Jewish traditions when they did not contradict Islamic. However when he experienced their animosity and hostility, and their plots against his dawah, he started shunning their ways. He was keen to create a separate identity for Muslims and this is why later on, he said that if he lived another year, he would have fasted on the 9th and 10th. Thus he fasted the 10th of Muharram for almost nine nines.

The Messenger of Allah (peace and blessings of Allah be upon him) said:

The best of fasting after Ramadhan is fasting Allah’s month of Muharram. (Sahih Muslim)

Ibn ‘Abbas (may Allah be pleased with them both) said:

“I never saw the Messenger of Allah (peace and blessings of Allah be upon him) so keen to fast any day and give it priority over any other than this day, the day of ‘Ashura’, and this month, meaning Ramadhan.” (Bukhari)

The Prophet (peace and blessings be upon him) said:

Focus on worshipping Allah this month. We ask Allah to make this year a year of repentance and relief and returning to Allah and reward and success for us all. Ameen

Fasting and the wisdom of Hijra

Worshipping in times of trial

The floodgates of Fitnah

How to earn the reward of migrating without migrating