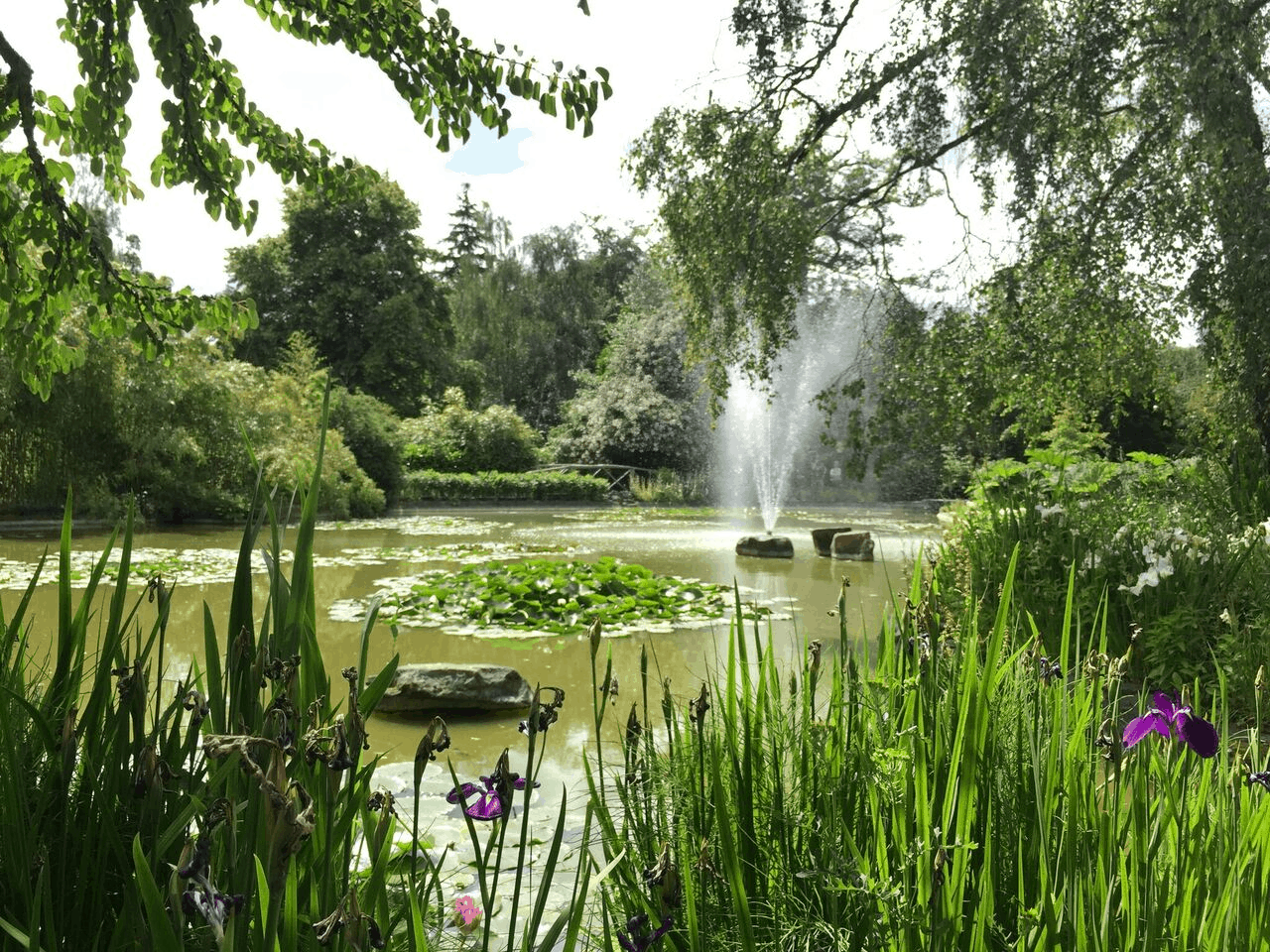 Allah Almighty reminds us repeatedly, that ‘whatever you spend is for your own good.’ It is up to us. The choice is clear cut. Do we want the reward of our actions to be continuous or can we afford for it to be destroyed? The fruits are dependent on:

Allah Almighty explains to us the concept of charity not just by going through the step by step psychological process of giving but also by visual examples that we can easily comprehend.

He gives us analogies of gardens and rocks to help us understand the consequences of our own action in terms of our reward in the dunya and akhirah. 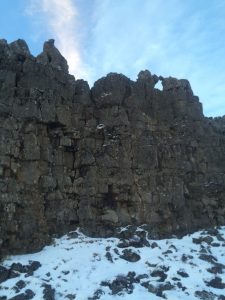 O you who believe! Do not render in vain your Sadaqah (charity) by reminders of your generosity or by injury, like him who spends his wealth to be seen of men, and he does not believe in Allah, nor in the Last Day. His likeness is the likeness of a smooth rock on which is a little dust; on it falls heavy rain which leaves it bare. They are not able to do anything with what they have earned. And Allah does not guide the disbelieving people. (2:264)

The first is not even a garden, but a thin layer of dust on a smooth rock. You cannot grow anything here. This dust lacks substance. When the rain comes, the dust is washed away and exposes the barren rock beneath. Just like the futile charity that was given, this dust is utterly insubstantial, lacking even the basic quality to sustain growth; and has no lasting quality. Here we have a hard-hearted person whose stinginess is exposed when the rain comes.

We are reminded of the earlier analogy Allah Almighty gave us of hearts in surah Baqarah when he compared hearts to rocks.

‘Thenceforth were your hearts hardened; they became like a rock and even worse in hardness. For among rocks there are some from which rivers gush forth; others there are which when split asunder send forth water; and others which sink for fear of Allah Almighty. And Allah Almighty is not unmindful of what ye do.’ (2:74).

The sort of ‘charity’ is limited in two vital ways. It is lacking in intention preceding the act and then lacking in ikhlaas during the act.

This attempt at charity falls well below the mark and whatever good could have resulted from it is obliterated. The intention is not to please Allah Almighty; it is merely to show off. Where there is no expectation of reward from Allah Almighty and none is given. 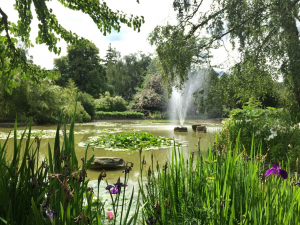 By contrast we have the ones who donate with the intention of pleasing Allah Almighty, whose yakeen is strong and are sure that Allah Almighty will reward them. Allah Almighty witnesses their charity and rewards them with a garden in a prime location. It is at a height, where it benefits from the sunshine. It is an incredibly fertile garden that does not need much rainfall to sustain it. And when there is heavy rain, it doubles its yield.

And the likeness of those who spend their wealth seeking Allah’s Pleasure while they in their own selves are sure and certain that Allah will reward them (for their spending in His Cause), is the likeness of a garden on a height; heavy rain falls on it and it doubles its yield of harvest. And if it does not receive heavy rain, light rain suffices it. And Allah is All-Seer of (knows well) what you do. (2:265)

This is the garden we can achieve if we follow the steps Allah outlines for giving sincerely. 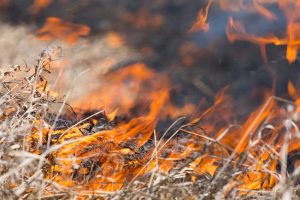 We now have the third analogy of a beautiful garden which is fertile and fruitful, yet this garden is destroyed at the very time it is needed most. This lush garden would have been ideal to enjoy in retirement, but just as the giver is hampered by old age, the garden is suddenly devastated and not even a shred remains. Bereft of the garden, the giver is not in a position to do anything to salvage it and has no one to help. This is the garden of the one who gave in charity but whose intention was for dunya only. Therefore the reward was in the dunya only and did not carry forward to the akhirah.

Would any of you wish to have a garden with date-palms and vines, with rivers flowing underneath, and all kinds of fruits for him therein, while he is stricken with old age, and his children are weak (not able to look after themselves), then it is struck with a fiery whirlwind, so that it is burnt? Thus does Allah make clear His Ayat (proofs, evidences, verses) to you that you may give thought. (2:266)

It was charity that was limited when it was given and so limited in its reward.

This is why the regret of those in jahanum is linked to spending.  They wish they could return to the dunya and spend. Realising too late that spending earns massive reward and that Allah  repays everything, they will wish that they had spent more. The message was loud and clear yet they did not realise the importance of giving with sincere intentions and kindness and humility.

Corporate giving is similar to the last garden. Often carried out by companies to tick boxes, it has the potential to be more than that and channelled correctly could be of huge benefit to the community. However, if large sums are spent on flying out executives to visit projects rather than on the projects, it misses the point and wastes the opportunity.

Unlike our daily salah which is a personal act of worship, charity directly benefits others. Islam promotes actions that benefit the community – we are encouraged to do communal activity through congregational prayers at Jummah, Eid and janaza prayers. Islam is about togetherness. By being together we can feel each other’s pain and celebrate together. 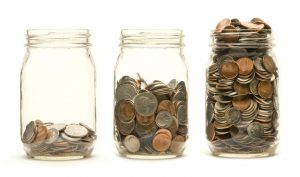 We should train our children to spend wisely and generously. They should know that we have been entrusted with money so Allah Almighty can see how we spend it and that unlike most other forms of ibadah, which are rewarded once, the reward for charity is multiplied. They should also know that sadaqa is not limited to money, but even a smile or a good word are charity too. They learn by example. Let them be involved in spending money and the habit of giving charity will become ingrained in them.

We have the spectacular example of Uthman (may Allah be pleased with him) who gave generously to the Prophet (peace be on him)  and was rewarded by Allah Almighty, he would give again and be rewarded again. On one occasion he gave 950 camels, 50 horses and 1,000 dinars (equivalent to 200 ounces of gold today) to finance an expedition and the Prophet (peace be on him) was so pleased with him he made a du’a:

From this day on, nothing will harm Uthman regardless of what he does. (Tirmidhi)

We also have the example for the Prophet (peace be on him) himself who would give away anything he had acquired even if it was late at night, he would seek someone to give to. During his last illness, he was concerned about a small gold coin he had. He would not rest until it had been given away to the poor. He wondered: ‘How can I meet God if it remains with me?’

To earn the love of Allah Almighty, we should do the things that Allah Almighty loves and then he loves us back. We also earn forgiveness.  We have the du’a to help us improve our characters:

O Allah! I seek your protection from anxiety and grief, from incapacity and laziness, from stinginess and cowardice, and from the burden of debt and the domination of people. (Bukhari)